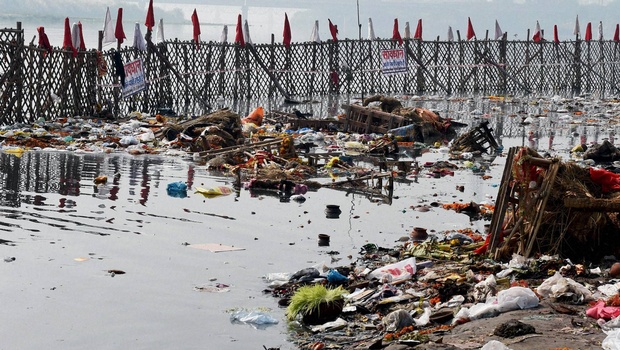 The problems of the Yamuna and other Indian rivers were again in focus on the annual World Rivers Day on Sunday, as the people of Braj Mandal joined millions around the world to highlight environmental degradation and pollution in rivers which have sustained life and culture in many societies.

World Rivers Day is a celebration of the world’s waterways. It highlights the many values of rivers and strives to increase public awareness and encourages the improved stewardship of rivers around the world.

Activists in Agra, Mathura and Vrindavan celebrated the day with group discussions, visits to the river and rallies.

Anand Rai, an ex-NASA scientist, said people in Agra had forgotten there was a river in the city. “Pathetic is the condition of the river which has been reduced to a sewage canal,” Rai said.

Coinciding with the Ganesh idol immersion ceremonies at the Yamuna ghats in Agra, Mathura and Vrindavan, environmentalists highlighted the failure of the administration to prevent pollution of the river.

“Though the local authorities had dug up pits for immersion, many devotees bypassed the law and moved to obscure places to immerse the idols in Yamuna,” said river activist Shravan Kumar Singh.

At a discussion organised by Braj Mandal Heritage Conservation Society, speakers highlighted the grave threat a dry Yamuna posed to the 17th century monument of love, the Taj Mahal.

The society’s president Surendra Sharma said: “Even before the monsoon officially withdraws, the Yamuna is already dry in the Taj city, which is facing an acute water crisis.”