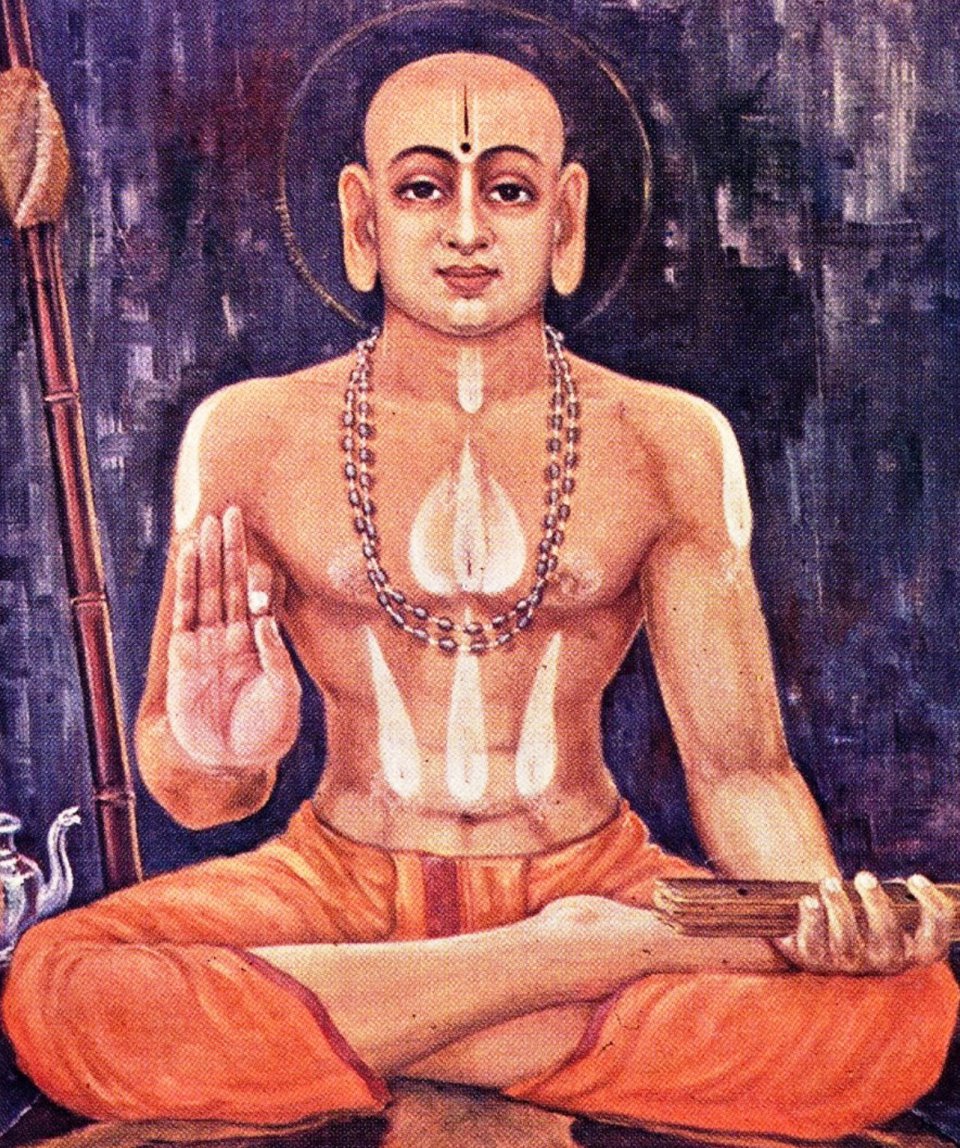 As far as I have understood by the grace of my divine spiritual authorities, the cause of this conflict is not the point of contention, namely the nature of a sampradayika connection, but rather ironically, the problem arises from a point upon which both sides agree. Most are in agreement and accept without question that Madhvacarya taught a philosophy called dvaitavada whereas the Gaudiya Vedanta is called acintya-bhedabheda-tattva. Consequently some may conclude that the two cannot be considered historically connected due to their divergent metaphysical foundations. There is good reason to believe that this assumption is incorrect and could well be the cause of a pointless quarrel. Now we will present the relevant historical and sastric evidence.

Srila Jiva Gosvami calls Madhvacaraya’s teaching tattva-vada consistently in the Sandarbhas. Srila Krsnadas Kaviraja calls Madhvacarya’s followers tattva-vadis in Sri Caitanya Caritamrta. When I was researching the history of the Madhva connection in Udupi, the foremost contemporary Madhva scholar, Dr. Bannanji Govindacarya explained that Madhvacarya never at any point in his literature has referred to his philosophy as Dvaita-vada. Madhvacarya’s Vedanta is called tattva-vada. You may call it Dvaita-vada if you like, but that is not the nomenclature selected by Madhvacarya himself.

Now we are left with ostensibly two schools of thought – Tattva and Acintya-bhedabheda-tattva. What is the difference? Under scrutiny, one turns out to be the rudimentary form of the other, as one would expect from a natural historical development. Both are tattva-vada but one is simply a refinement of the other. Furthermore, the refinement is not much more than a shift of emphasis in the presentation. Although Madhvacarya has emphasized bheda (difference) in his writings, in a spirit of refuting Sankaracarya, he does not at all disregard the srutis that indicate abheda (non-difference). Therefore, the root of the Gaudiya’s acintya-bhedabhada-tattva can be found in Madhvacarya’s tattva-vada.

It may come as a surprise to some that Sri Madhvacarya has explicitly described the relationship between Bhagavan and his saktis as acintya-bhedabheda in his Bhagavat-tatparya commentary on Srimad Bhagavatam 11.7.51:

“Qualities and their substrata are also certainly non-different from each other. Everything is possible in the Supreme Lord because he is united with his acintya-sakti, inconceivable potency. By that inconceivable potency of the Supreme Lord his relationship with the spiritual forms of the living entities and with material nature is one of difference and non-difference – acintya bhedabheda – because it is seen that both relationships exist.” (Madhva – Bhagavat-tatparya 11.7.51)

After reading Sri Madhvacarya’s own words on acintya-bhedabheda-tattva, what doubts could possibly remain in regard to the philosophical roots of the Gaudiya sampradaya?

Now the Gaudiya connection with Madhva has been established on the grounds of Vedanta, we turn to the connection by diksa.

The Vyasa-vamsa is a famous and influential sampradaya in Vrndavan. At the time of Sri Caitanya Mahaprabhu, it’s main acarya was Sri Hari-Rama-Vyasa, one of the Hari-traya, the three Hari’s of Vrndavan. (The other two were Swami Haridas, who discovered Banke-bihari, and Hit-Harivamsa, the founder of the Radha-vallabhi sect.)

Sri Hari-Rama-Vyasa has given his diksha parampara in Nava-ratna. In verse four he quotes “sampradaya vihina ye mantras te nisphala matah” describing the four authentic sampradayas in Kali Yuga. Then he gives his guru-parampara from Sri Krsna down to Madhvacarya and continuing to Sri Madhavendra Puri. Up to this point, this is exactly the same parampara described by Sri Kavi Karnapura, Srila Visvanath Cakravarti Thakura, and Sri Baladeva Vidyabhusana.

After Madhavendra Puri comes Madhava Das, the diksha guru of Sri Hari-Rama-Vyasa. So here we have a contemporary of Sri Caitanya Mahaprabhu, not from Bengal, but born in Vraja, and not Gaudiya, but sharing the same parampara from Madhavendra Puri up to Madhvacarya. Thus it cannot be argued that this parampara was formulated at a later date by Gaudiyas attempting to appropriate the legitimacy of the Madhva-sampradaya.

Srila Kavikarnapura, another contemporary of Sri Caitanya Mahaprabhu has given the same guru-parampara. A recently discovered manuscript by Srila Visvanatha Cakravarti Thakura also confirms the same line. The Madhva connection to Srila Madhavendra Puri is also supported by Sri Gopal Guru Gosvami and Sri Narahari Cakravarti’s Bhakti-ratnakara. The theory of the four sampradayas was also upheld by the Vallabha sampradaya at that time and later by Sri Nabhaji, the author of Bhaktamala.

Even today Madhva gurus give panca-samskaras to grhastha devotees. So the contention that everyone in the Madhva line has to be called Tirtha is baseless. Dr. Bannaje Govindacarya is not named Tirtha and neither are his disciples. Will anyone question whether he is a Madhva vaisnava?

Thus we have demonstrated the vedantic and disciplic continuity of the Brahma-madhva-gaudiya sampradaya. May the previous acaryas find pleasure in this humble offering.