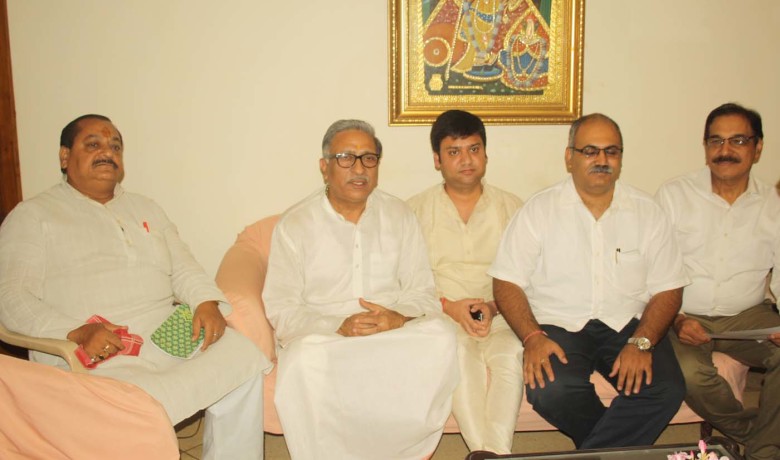 The Brahma Kund is to witness the Sanjhi festival after 125 years. The Sanjhi fest will be organized by the Braj Foundation from 5th October to 12th October with the support from Braj Sanskriti Shodh Sansthan. The different pastimes of Vraja will be exhibited through the Sanjhi Art.

Shri Laxmi Narayan Tiwari, the secretary of the Braj Sanskriti Shodh Sansthan said that the manuscripts related to the Sanjhi Art will also be displayed during the event. Sanjhi is an important culture of Vraja. This art is exhibited in some temples of Vrindavan.

It is believed that the tradition of Sanjhi began during the times of Shri Krishna. Radha Rani along with her friends would draw the sanjhi with flowers on the way of Krishna at dusk, when he returned with the cowherd after grazing them. Since the Sanjhi was made at the time of dusk (sanjh in Vraja language means dusk), it was known as Sanjhi.