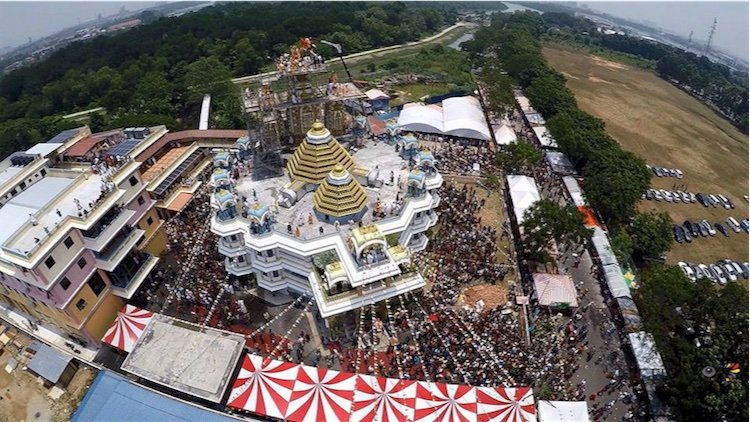 There may be many Hindu temples in Malaysia, but the Sri Sri Radha Krishna Temple of Devotion and Understanding in Seberang Jaya, Penang, is in a class of its own in terms of building design and function.

The temple is now receiving the final touches before the “kumbabeseigam” (consecration ceremony) on August 29.

He said the temple was envisioned by the society’s founder, CC Bhaktivedanta Swami Prabhupada, during a visit to Malaysia in 1971.

“Swami Prabhupada had left a rough sketch of the temple with  instructions for the devotees here to follow.

“We are happy to finally fulfil the wishes of the late Swami Prabhupada, who passed away in 1977,” he told Bernama recently.