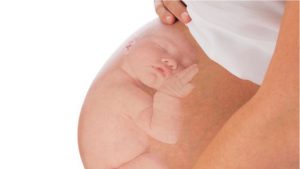 Over the last few weeks, America has experienced shock at the revelation that human babies are being harvested for their organs during live abortion procedures. This is all being carried out by Planned Parenthood in the name of “science.”

But what kind of science underlies such seemingly evil activities? What sort of philosophy must be infecting the minds of individuals who can look at a human baby and see it only as a collection of biological parts to be harvested and sold for profit?

The answer is found in scientific materialism.

The false paradigm of materialism
Scientific materialism is the default philosophy underpinning virtually all modern science: medical science, agricultural science, technology, economics and more. It is based on the false assumption that everything in our universe is made of material stuff. This belief excludes any idea of consciousness, free will, the non-physical mind and the value of any conscious being which possesses such qualities.

Scientific materialism is essentially a philosophy of death… A philosophy that places no value in life whatsoever, believing that life itself is nothing more than a purposeless accident that just happened to take place on our planet, without any meaning, design, or end goal.

Virtually all scientists in the Western world today operate from a cult-like belief in scientific materialism. By definition, then, they do not believe in the existence of consciousness, free will, or the mind. Thus, when they see an infant that is alive and being delivered from the womb of a mother, they do not see a conscious being that can experience pain, retain memories, or one day make decisions of its own. All they see is a collection of tissue: heart, liver, genitals, a brain, legs and arms and so on.