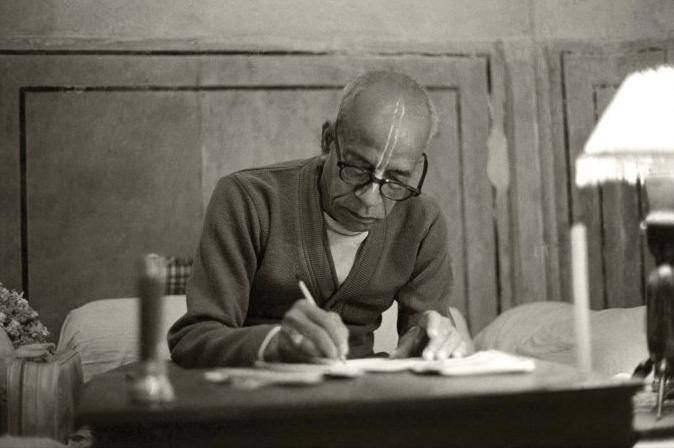 Fifty years ago, on August 13, 1965, a lone elderly monk and teacher, Srila A.C. Bhaktivedanta Swami boarded the cargo ship Jaladuta in Calcutta for the one month sea voyage to New York City not seeking riches, but to teach and distribute the greatest wealth of India and the East—knowledge of God, or “Krishna Consciousness”.

This historic journey introduced the Western world to the Bhakti tradition unlike ever witnessed in history before.

Srila Prabhupada established #ISKCON in 1966 to share with the world the greatest treasure of God or Krishna consciousness.

Today, the movement that he started, guided and inspired consists of over 700 temples, 50 Eco-Villages, 30 Schools, dozens of Vegetarian restaurants.

By his limitless compassion and devotion, today the holy names of the Lord – Hare Krishna, is chanted around the world, even in places where one would never have imagined.

The Hare Krishna Food For Life which Srila Prabhupada started today is the world’s largest vegetarian food relief program which is active in over 70 countries.

The Bhaktivedanta Institute that he established to study the cohesion science and consciouness has drawn the attention and praise of Nobel Laurates.