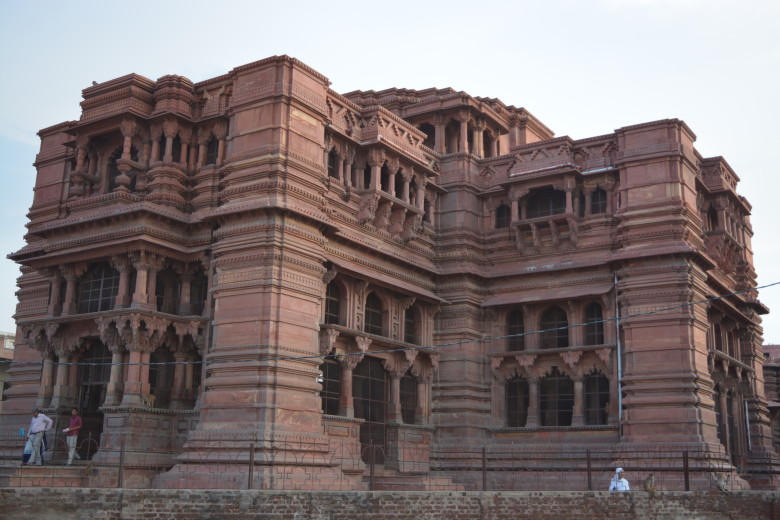 It may be good news for those who want to visit the ancient temples and heritage sites of Vrindavan. The U.P. Tourism has conceptualized a heritage walk under the pro – poor tourism plan, which is to be funded by the World Bank.

The Tourism ministry is set to spend over Rs. 120 crore on the infrastructural development of the Mathura – Vrindavan pilgrimage circuit, a move that will transform the profile of a land visited by millions round the year.

Ways and means of recreating heritage and showcasing it to the tourists has been a major concern among the devotees of Shri Dham Vrindavan. Vrindavan, however, has been facing a tough time in the wake of widespread encroachment and traffic snarls for a long time, giving commuters a difficult time while visiting this place. Heritage walk to the temple was being felt necessary by the residents as well as the tourists.

The ancient temples have remained neglected so far from the tourism point of view, as the maximum tourists were limited to visiting the Banke Bihari Mandir, Prem Mandir, Iskcon and Vaishno Devi Mandir. The ancient temples are visited by only those people who have deep knowledge about the history of Vrindavan and are traditional pilgrims.

An amount of Rupees Seventy crore has been allocated to build the heritage walk of four kilometers, which will take the tourists to the ancient temples of Vrindavan.

According to the plan the visitors will park their vehicles in the car parking to be built near Kalidah. The heritage walk will be conducted by experienced and knowledgeable guides, who are well versed with the local culture and temples. Visitors will be provided with illustrated information material which includes relevant facts about the temples, shrines, monuments, a route map etc. The traditional art and culture of Vraja will be displayed along the route of the heritage walk. Charkula dance, Ras lila, Saanjhi art etc. will be displayed to the tourists on the sides of the walk.

The tourists will get the guide from the Kalideh parking. The tour starts from the Madan Mohan Mandir. After visiting the ASI protected monument, the visitors will be then taken to the Banke Bihari Mandir. Then the guide will take them to Radha Ballabh Mandir, Shah ji Mandir, Cheer Ghat, Radha Raman Mandir, Keshi Ghat, Radha Gopinath, Nidhivan, Govinda Dev Mandir, Rangji Mandir and Katyayani Mandir. They will walk through the local bazaars and parikrama to visit the different temples. The tour will end at the Gandhi Park.

The first phase of the Pro –poor tourism project will begin soon in which the Heritage Walk will be created. A detailed project report worth Rupees One hundred and ten crore has been prepared. The first phase includes the making of the heritage walk and the beautification of the Van Chetna Kendra (Nature Park) situated between Mathura and Vrindavan.

The Van Chetna Kendra will get facelift with a fund of Rs. 40 crore. Two artificial water bodies will be made here for water harvesting. The nature park will be connected with the pathway. Medicinal trees will also be planted in this nature park and a play ground for the visiting children will be developed here. The park will be named as Krishna Van and Natural History Centre.

No charges will be taken for the heritage walk; it will be absolutely free for the visitors. The names of the tourists will have to be registered in the tourist office in Mathura, one day prior to their Heritage Walk darshan. Total thirteen temples will be shown under this plan.