I knew Kurma Rupa Prabhu since 30 plus years. First as a Gurukula teacher of my children then as a protector of sick and old and rejected cows. The most important quality I found in him was freedom from envy. Like the six Goswamis he loved all without malice. He was simple, straightforward and honest to the core. He not only treated sick cows but he treated sick and old rejects men like me. After Srila Prabhupada’s departure, he was one of the few persons I could go for advise and feel assured it is what Krsna desires. He grew up in New york to Mexican parents. He was married when he joined ISKCON on the 55th street building in Manhattan. His wife couldn’t tolerate the austerities of spiritual life and left the movement. He remained a life long brahmachari after that. Initially he was a new bhakta leader in New York temple. After srila Prabhupada’s departure, he felt less inspired to continue that service and wanted to fulfill his heart’s desire to serve in Vrndavan. So he moved to Vrndavan during early eighties and never left.

He was a Gurukula teacher to both my oldest children Nandu and Balarama and both of them have great affection and love for Kurma rupa prabhu. He is one of the main reasons why in spite of many difficulties they still cherish their days in Gurukula. His starting a Goshalla is another story.

A few non milching stray cows used to hang around Achyuta prabhu’s house where he stayed for many years. He started to feed them and serve them .THEY STARTED TO LOVE HIM BACK AND WOULDN’T GO BACK TO their merciless masters. Then people started to bring injured cows to him. He had no place to keep them. Shopkeeper Bihari lent his empty lamd plot to keep these cows and soon many sick,injured,rejected cows started to pile up with him. He teamed up with Rupa Raghunath of FFl and care for cows was born .As he took care of the cows he started to feel inner bliss and satisfaction. It is like Krsna chose him to take care of His Vrndavan cows. As he took care for cows he became expert in the goshalla maintenance .In Ahmedabad we have more than two hundred cow goshalla. He visited our goshalla four times in last two years and gave precious input. We were looking forward to his long involvement. But Lord Krsna has other big plans for His pure devotee. I will sorely miss him as a friend ,philosopher and guide. 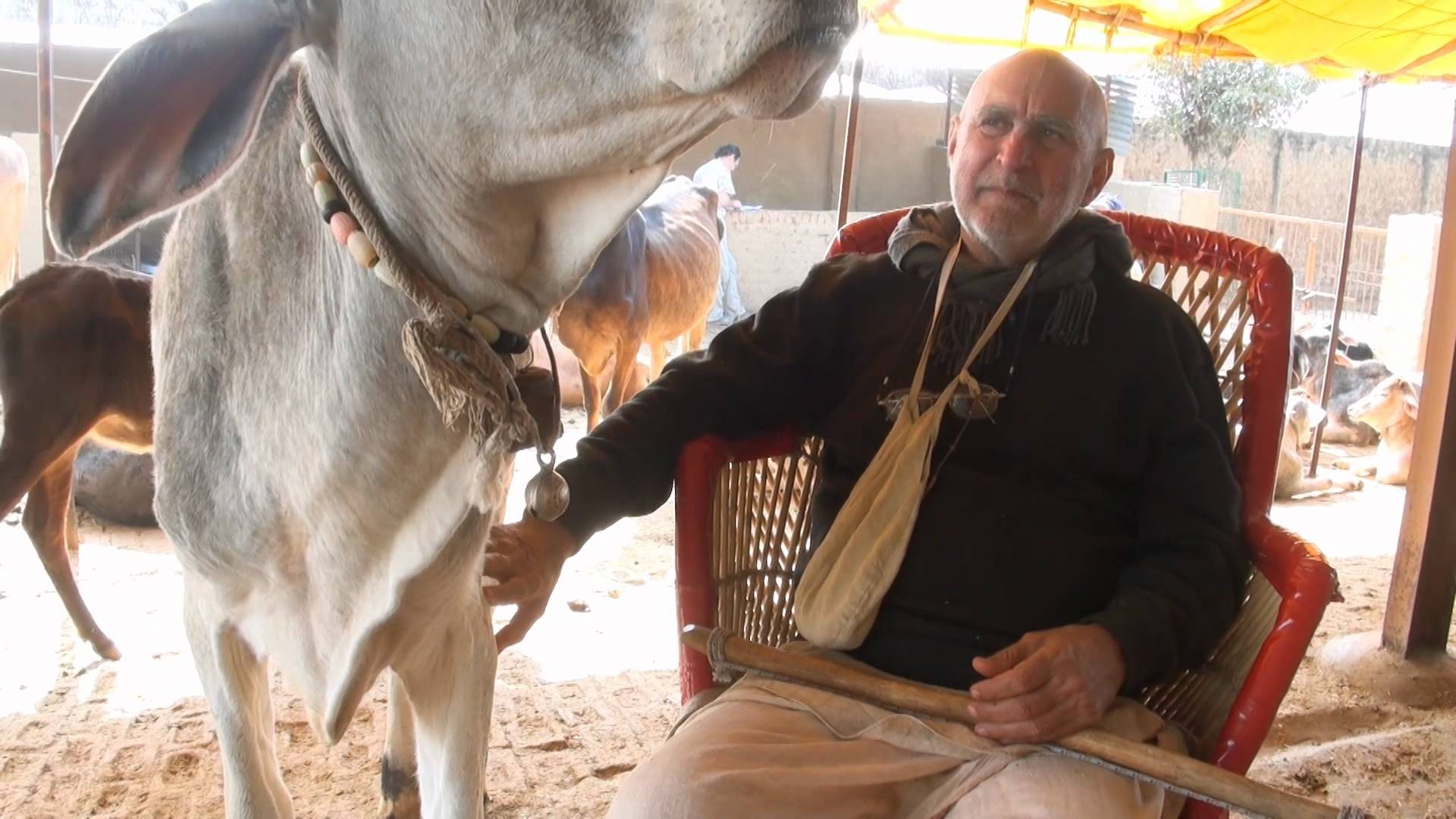