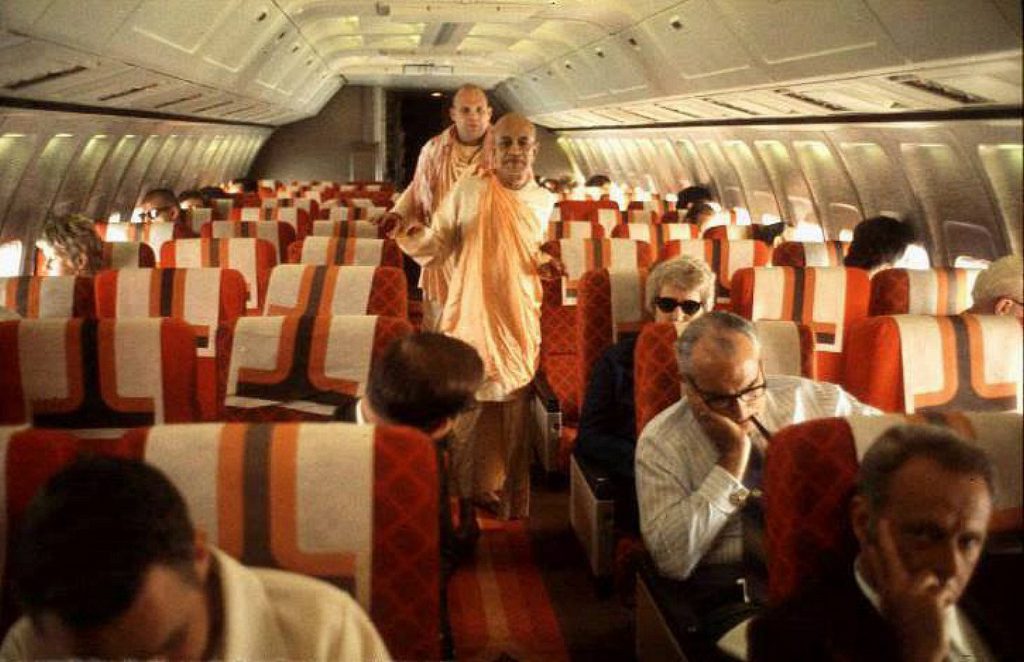 Please accept my humble obeisances. All glories to Srila Prabhupada.

Your departure from this world to be with Srila Prabhupada came very suddenly. I was in the ICU of ILBS hospital when I was informed of this news by Gopal Krishna Maharaja. I have been in the ICU for the last thirty days and was discharged to the general ward only yesterday. Although I wish that I were there for your memorial service, my present health condition does not permit me to travel to Vrindavan today. So I have asked my disciples Acintya Caitanya das and Shiromani devi dasi and their little son Madhav das to be at the memorial service in Vrindavan on my behalf and meet with Gargamuni Prabhu, your dear brother.

Last year in October while I was in Delhi , you were very kind to send me your newly released book titled ‘Swamiji’ about your pastimes with Srila Prabhupada. That book is a great delight. You were a devotee since ISKCON’s beginning days in the store front temple in New York . I noticed that in the foreword of the book, professor Thomas J Hopkins who started visiting different ISKCON events since its early days makes a very important observation:

“There were many young people at these events and it took me a while to get to know them as individuals. It didn’t take long, however to recognize Brahmananda as the most knowledgable among them. Bhaktivedanta must have felt the same way because he increasingly relied on him. Bhaktivedanta soon chose him to be secretary and he was also appointed president of the temple and thus Bhaktivedanta’s chief assistant. When Bhaktivedanta held a public event Brahmanada stood literally and figuratively at his side ready to do whatever he was asked to do. If Bhaktivedanta gave a talk Brahmananda was often asked to read aloud or recite from memory scriptural passages that Bhaktivedanta cited. And he served as an intermediary to facilitate exchanges between Bhaktivedanta and his audiences. Except for these public sessions Bhaktivedanta stayed mainly at his apartment by working in his many writings. The running of the temple was largely up to Brahmamnada who in addition to being Bhaktivedanta’s secretary and tmple president also held down a regular full time job for to years as a teacher in the New York City school system”

You preached in dangerous places like Africa and Pakistan. There are so many amazing things to be said about you and also about the time that I spent with you with in Mayapur. I am not in a position to speak more at this time being in the hospital myself. We are also planning to hold a memorial service for you at Mayapur. At that time, I will speak more about you.