During the Samdura Manthan, when the earth was submerging in the water Lord Vishnu took the form of the Tortoise and held the earth on his back.

The programme began by worshipping the image of Kurma Avatar and Vrinda Devi (Tulsi). Swami Bhaktivedanta Madhusudhan Maharaj formally inaugurated the conference by lighting the lamps. Kirtan was also performed in glorifying Shri Vrindavan by the students of the Bhaktivedhanta Gurukula and International School.

Bhaktivedanta Madhusudhan Maharaj recited the story of Kurma Dev how he saved the earth from sinking during the churning of the ocean (Samdudra Manthan). He said that the spirituality and ecology are inter-related.

Addressing the conference Swami Devendra Chaityanya Brahmachari said, “The human created the problem for themselves by not following nature’s law. They have become so selfish to forget the principle of co -existence. People only know how to extract the resources from the earth, but forget to serve the earth by planting trees, conserving water and taking steps for the conservation of the ecology.”

Go-Sevak Alok said, “The cow protection is the key to save the human kind and the earth. The government should focus on creating the cow economy. The cow dung and cow urine are very helpful to make the land fertile. But the farmers use the chemical fertilizers, which kills the fertility of any land.”

Dr. Om Ji, the Director of the Vrindavan Public School said, “The traditional ways of living have always been eco friendly. Our ancestors paid respect to nature by worshipping it. The well and ponds have been replaced by the submersible pumps by which the ground water is over extracted. There has been no control over the mining which is also the reason of the natural disaster like earth quake.”

Dr. Arvind Kumar, the Scientific Officer of the U.P. Pollution Control Board said that the science and religion are the compliment of each other. He said that the religion and science should not become competitors, as the ancient religions formed on the scientific principles.

Shri S.K. Kulshrestha, in-charge of the Archeological Survey of India’s Mathura Office said that the ancient technology of building houses and monuments were safer than the modern technology. He gave examples of Kedarnath and Pashupatinath temples how they remained unscathed during the major natural disasters. 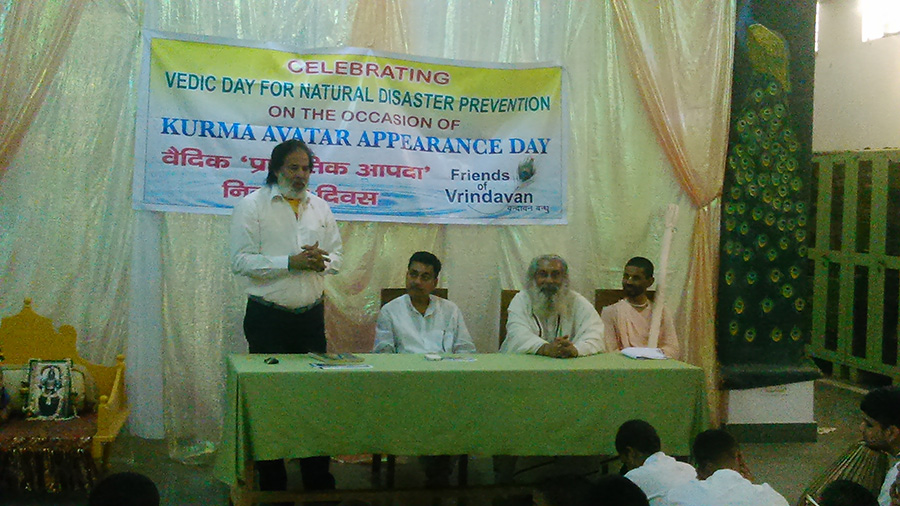 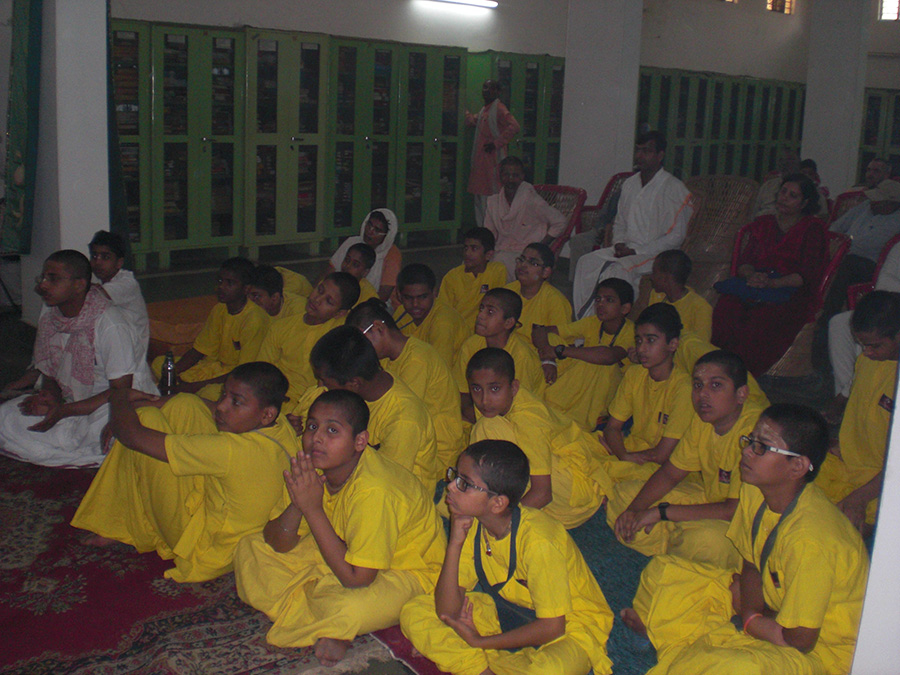