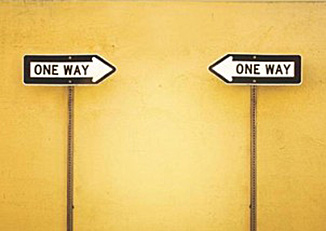 While human beings are touted as the “rational animal,” we are actually quite irrational (read, biased) in many ways. We often act on our feelings despite our thoughts about the right or wrongness of a certain perspective. Think about your attitudes toward race, gender, age, ethnicity, religion, nationality, fatness or thinness—or a host of material dualities—food, color, or sports teams. You likely have at least a few biases in some of these areas. Thoughtful people, who desire to do the right thing, don’t want to have unfair bias, and while they may have fewer than less aware persons, they can’t completely give them up. So what about in the field of spirituality? To realize oneself as a soul should mean free from material bias—right?

There are indeed yogis or mystics who have realized themselves as souls who are free from material bias. They have equanimity of mind toward the material world of things and its dualities and see everyone as a spiritual spark, part of the Supreme Source. The spiritual seeker, when studying the world’s faith traditions will often conclude that the universal truth beyond the bias and sometimes fanaticism of religion, is mysticism which is beyond even religious designation—at least as they are traditionally practiced.

Generally mystics or persons of spiritual wisdom focus on the energy of Universal Light as the highest aspect of the Supreme—beyond the sentimentality of those who worship a personal God. In fact, it seems that belief in a personal God goes hand in hand with religious wars and intolerance toward other conceptions, names, or forms of God. However, the mystics are not fighting with others. They are satisfied with their spiritual lives and don’t have to convert anyone. This is one reason religion has a bad name—fanatical bias, and intolerance toward other views. That is a fair critique, though it doesn’t have to mean that mystics have the highest conception of God.

Does the fanaticism of the religionist negate the possibility of a personal God? Does it point to a Universal conception of the Supreme One, the White Light, the formless, impersonal, Brahman as the unifying and Absolute Truth, or highest aspect of our Source? According to the Vedas of India, this Supreme Light, or Brahman conception, is only the entry level, or the most easily understood and experienced feature of the Supreme Spiritual Truth. Bhakti, or pure loving devotion to Krishna, is like a combination of the mystical vision of all-pervading Spirit (Immanence) and a personal conception of God beyond the universe (Transcendence).

Learned transcendentalists who know the Absolute Truth call this nondual substance Brahman (All-pervading light energy), Paramātmā (Witness in the heart, and Lord of the Universe) or Bhagavān (the source of all while also residing in the spiritual plane). Srimad Bhagavatam 1.2.11

In the metaphysic of Sri Chaitanya, who is Krishna playing as a devotee of himself, God is seen as inconceivably and simultaneously One with everything, and yet different from everything as well. In other words there is Oneness, but at the same time, there is variety, or as Prabhupada coined it, variegatedness. We could call this Dynamic Oneness which includes spiritual form and personality. Krishna, being the Source of all manifestations or energies of God, such as the material world, contains and harmonizes everything. Being a Gaudiya Vaishnava, or following the line of teachers from Sri Chaitanya, this is my bias! Yes, there is bias or preference in spiritual life, though those with a Brahman conception of God, would not agree.