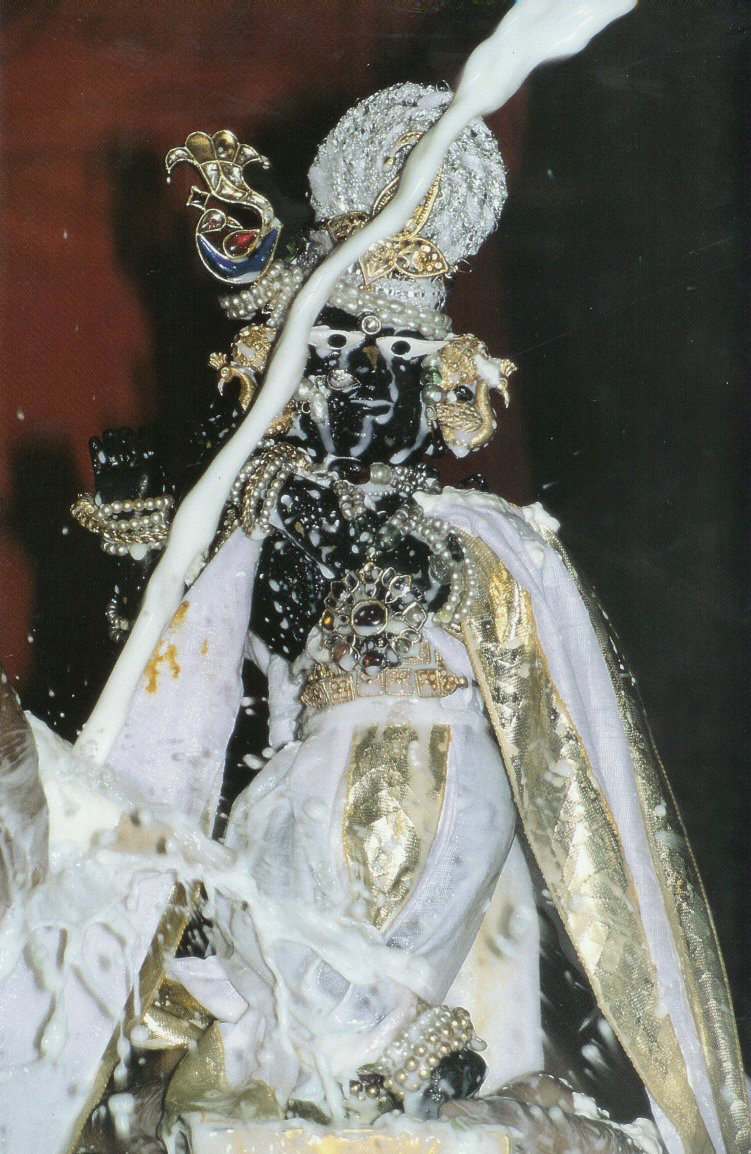 Radha Raman Dev takes birth again on Monday to please his devotees. A large number of devotees thronged in the Radha Raman Temple on the appearance day of the self manifested deity.

The devotees felt blessed by witnessing the Mahabhishek, which continued for three hours. Everyone wanted to have a glimpse of their beloved Radha Raman having bath with the milk, honey, ghee, herbs, fruit juices etc. amid the Vedic chants. More than 2000 litres of milk, 350 kg of curd, and 100 kinds of herbs were used for the Mahabhishek.

Every Goswami took their turn to serve the Lord, by showering panchamrita. The Mahabhishek ritual was performed under the supervision of the Senior Goswamis.

The sound of the temple bell of the Radharaman Mandir resonated in the old part of the town during the Mahabhishek, hearing which the devotees ran to the temple to witness the spiritual event. In the morning when the curtain of the temple was raised the devotees shouted slogans in the praise of Shri Radha Raman. While many devotees stood with folded hands during the abhishek, others were catching the event in their cameras and mobiles.

The Goswamis sang the traditional songs in the praise of the Lord. The Lord was adorned with the ornaments and new clothes after the Mahabhishek, which was followed by Aarti. The Goswamis distributed prasadam to the devotees. In the evening the temple was decorated with the scented flowers by organizing grand ‘Phool bangla’. Many foreign devotees also celebrated the appearance day of the adored of Shri Gopal Bhatta Goswami.