From the discourses of Swami Tripurari

Gandhi died with the name of Ramacandra on his lips. When he was shot, as he fell to his death, he chanted, “Rama Rama!” But it was a political Rama that he had in mind, not the actual Rama of Ramayana, who performs his lila on the ground of proper scriptural conclusions. So Gandhi’s chanting of Rama nama was not supported with proper sambandha (conceptual orientation) and could not take him to Ayodhya. Therefore, we should learn how to utter Vaikuntha nama, the spiritual name of the Lord. Rama has his place in Vaikuntha, in which there are so many departments, and Ayodhya is one such department. Although duty is the basis of the love of Vaikuntha, it is a loving sense of duty that transcends adherence to moral principles. What is generally taught through Rama lila is that one should be an ideal, moral person, but ultimately, if Rama is our Deity, we should have the ideal of going back to Godhead to enter into Rama dhama, Ayodhya.

Persons with such an ideal are found in Caitanya lila. In his sadbhuja form, Caitanya Mahaprabhu himself appeared simultaneously as Rama, Krishna, and Caitanya Mahaprabhu. While Rama is known to be dutiful and honest to the extreme, Krishna is well known for his thievery and deceit, so generally Rama is easier to understand. Caitanya Mahaprabhu is svayam bhagavan who comes to teach us the significance of Krishna lila, and he does so with the morality of Rama, adhering strictly to his sannyasa dharma.

We find some important devotees of Rama appeared in Mahaprabhu’s lila. He is Krishna himself, and when he appears as a devotee of himself then some of his eternal associates from other lilas also come. We find that in some cases Caitanya Mahaprabhu taught Krishna bhakti to such an extreme that he converted some of these long-standing Rama bhaktas into Krishna bhaktas. But that was not always the case. In Navadvipa, Mahaprabhu revealed to Murari Gupta, “You are Hanuman and I am Rama, and we have been together for eternity.” In this way he disclosed to Murari Gupta and others their eternal forms. Thus he showed himself to be svayam bhagavan, and whatever the heart of a particular devotee, he appeared in a corresponding form.

Sri Rupa and Sanatana Goswamis had a brother named Vallabha, or Anupama, with whom they had made a pact to spend their lives together worshipping Radha-Govinda. But the night after making the pact, Anupama could not sleep at all because his true attraction was for Rama lila. In the morning he told his two brothers his dilemma, and when Mahaprabhu heard this he said, “Glorious is that devotee who would not give up his Lord, and glorious is that Lord who would not give up his devotee!” He was very, very satisfied to hear that kind of devotion.

Then again, when Mahaprabhu went to South India he met one brahmana, Ramadasa Vipra, who invited him for lunch. After Mahaprabhu had been waiting for his lunch for some time, he asked when it would be served. Ramadasa Vipra replied, “It is just coming, Laksmana has gone to collect some roots, leaves, and fruits, and soon it will be prepared.” Mahaprabhu was intrigued by his absorption in Rama lila. Some time passed and still no lunch was made. Mahaprabhu inquired again, and Ramadasa Vipra replied from deep within his meditation in Rama lila, “How can I cook? Sita has been stolen by Ravana! I have no appetite! I have to help Rama bring Sita back! How can we go on with our lives, what to speak of cooking and eating?” Mahaprabhu was very pleased to hear how absorbed he was in Rama lila, but he assured him that everything was all right, telling him, “Sita can never be kidnapped by Ravana. It is not possible. This is only on the surface—an illusory Sita has manifest, and Ravana has stolen that Sita.” In this way he tried to convince Ramadasa Vipra and was able to pacify him. Later, after going further south, Mahaprabhu found scriptural evidence from the Kurma Purana that confirmed that the real Sita could not be kidnapped by Ravana. He was very pleased to find this and took the pages of that sastra to Ramadasa Vipra on his way back to Jagannatha Puri. He never tried to convert him. He simply saw the extent of his devotion and was very pleased with that.

Devotees have their different destinations in transcendence—Vaikuntha, Rama lila, Krishna lila, different departments within Krishna lila, and so forth. We are to try to nourish and encourage that as we see it develop. Like Mahaprabhu, we should teach the tattva, proper siddhanta, so that people may understand what is Rama lila, what is Krishna lila, and so on. In this way their chanting of “Rama Rama” will not be for only a political conception of Rama. We want the real and spiritual conception, and that we can get from Caitanya Mahaprabhu’s teachings. 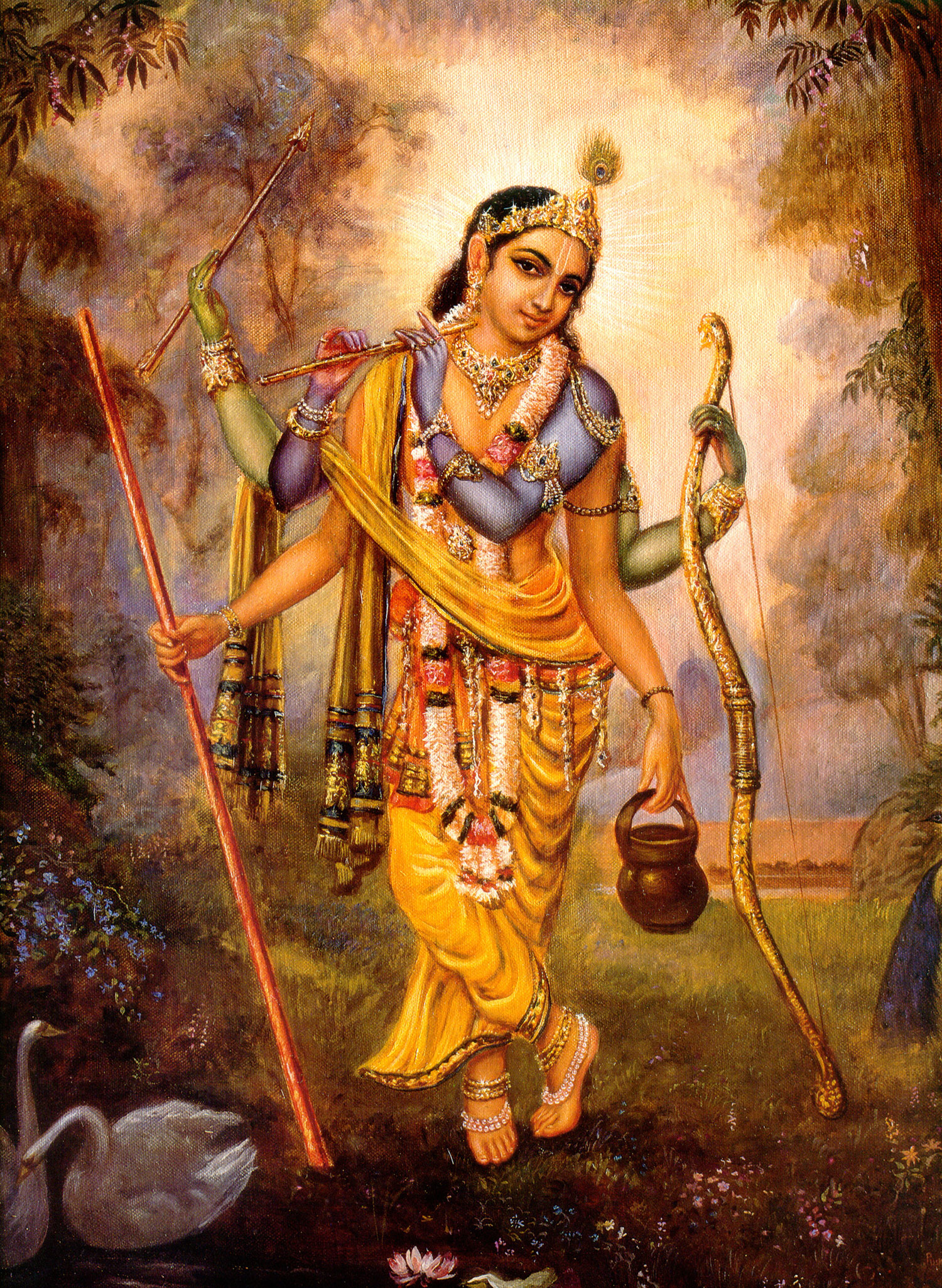 As I mentioned, Anupama, Murari Gupta, and the various Rama bhaktas of South India all appeared in Mahaprabhu’s lila. We should appreciate the real devotion of any bhakta who fans the flame of spiritual partiality in their hearts. But, we should have a flame burning in our hearts as well. Having come to the Gaudiya sampradaya, we are most likely to have an innate attraction for Krishna lila and Gaura lila, but still in our present stage we should never think, “Oh! Hanuman, he is only a dasya-bhakta! Prahlad, he is only a santa-bhakta! We want gopi-bhava!” That would be a great offense. Occasionally we see devotees who have real bhava speak strongly about the devas or other incarnations of Krishna, but this is on the basis of their own real spiritual sentiment. The gopis are the greatest devotees, but they are offering pranams to the trees and forest creatures of Vrindavana, what to speak of Hanuman and Prahlad. They are showing the standard: trnad api sunicena (being more humble than a blade of grass). We have to come to that platform, and we will do that by respecting every living being, what to speak of Rama, Narasingha, or Vamana! That is the standard of Mahaprabhu, amanina mana dena (show respect to all, and expect no honor for oneself). If we want to enter into kirtaniya sada hari (continuous chanting of the holy names) and truly find out what is Krishna nama, what is Rama nama, then we have to develop this kind of mentality. So on this day, Rama Navami, we honor Sri Ramacandra, Sita Rama, Hanuman, and Laksmana.