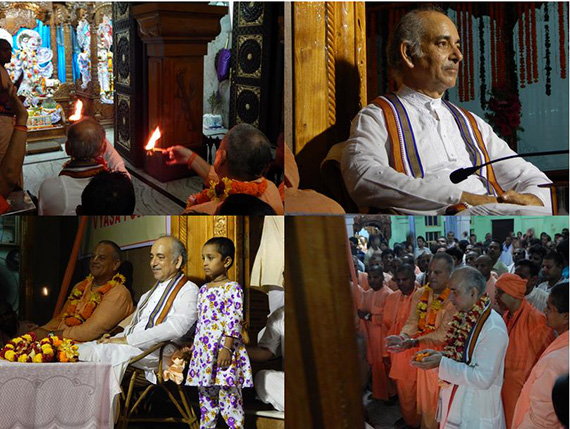 The king took darsan of the deities Sri Sri Gaura Nitai, Sri Sri Krsna Balarama, and Jagannatha, Baladeva and Subhadra, and then spoke for 40 minutes in the Srila Gour Govinda Swami Memorial glorifying the contributions of both Srila Gour Govinda Swami and Srila Prabhupada.
At the end he presided over the distribution of merit awards to dozens of students who achieved excellence in various devotional categories such as art and singing.