The Ratha-Yatra of Mahesh is the second oldest chariot festival in India (after Puri) and oldest and biggest in Bengal, having been celebrated since 1397. It is a week-long festival and a grand fair is held at that time. People throng to have a share in pulling the long ropes (Rosshi) attached to the chariots of Lord Jagannath, Balarama and Subhadra on the journey from the temple to Serampur Gundicha Bari and back.

Mahesh is in Hooghly district of West Bengal. It is near Serampur town. Under Serampore Police station, Rishra

Story behind the Festival

It was the fourteenth century. Drubananda Brahmachari, a great Bengali sage went to Puri for pilgrimage. He had a desire to offer Lord Jagannath ‘Bhoga’ with his own hand. But the Temple authority prevented him do so. Broken-hearted Drubananda decided to fast until death. On the third day, he heard the Lord’s voice in his dream, “Drubananda, go back to Bengal. At the bank of Bhagirathi, you will find a place called Mahesh. There I shall send you a huge Daru-Brahma (Neem trunk). Make Balarama, Subhadra and my Idol with this trunk. I am eager to have ‘Bhoga’ in your hand.” So Drubanada returned to Mahesh and started his Sadhana. Then in a scary rainy night, that Daru-Brahma appeared at Mahesh. He jumped into the water and received it. Then he made the Idols OF the Holy Trinity and established a Temple.

After taking sanyas, Lord Sree Chaitanya Mahaprabhu left for Puri. In the way, he reached at Mahesh. After visiting Drubananda’s Temple, he lost his sense, and absorbed in deep Samādhi. Later old Drubananda requested Him to take the charge of this Temple. On his request He made Kamalakar Piplai, the fifth of Twelve Gopalas of Mahaprabhu, the Sebait of the Temple. After few days, Drubananda died.

Kamalakar Piplai was, as it is mentioned earlier, fifth of the twelve Gopalas of Lord Sree Chaitanya Mahaprabhu. He was the son of the Zamindar of Khalijuli in Sunderbans. He came toNavadwip to study Logic. Later he became a favorite of Mahaprabhu and joined his ministry. He was the first of the 64 Mohantas. After taking the charge of Mahesh Temple, he remained there and it is he who started the famous chariot festival, more than 600 years ago. His heirs still lives in Mahesh and some in Kolkata as the Sebait or ‘Adhikary’ of the Temple.

The Fair and the Festival

Not only this festival is the oldest but also the biggest Rathayatra in Bengal. Nearly 2-3 lakh people come to see the month-long fair. Lord goes to Serampur Gundicha Temple and remains there till Punarjatra, or Ultorath, as it is popularly known in Bengal. 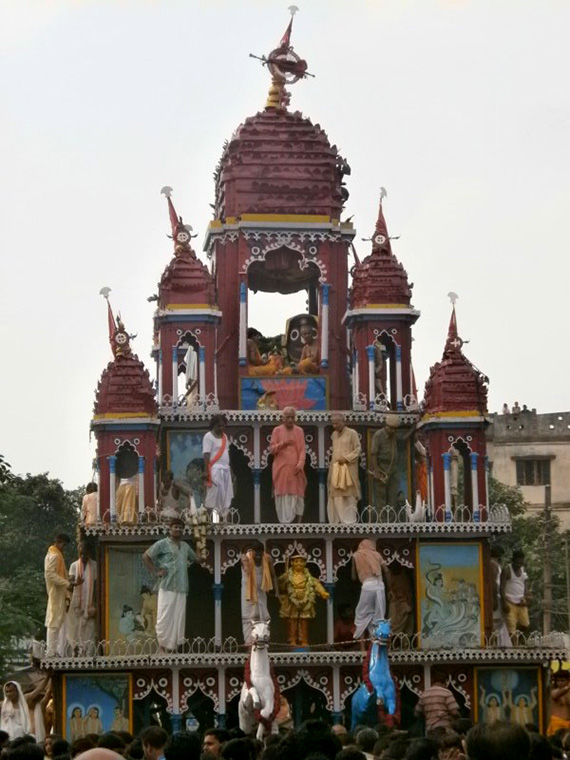 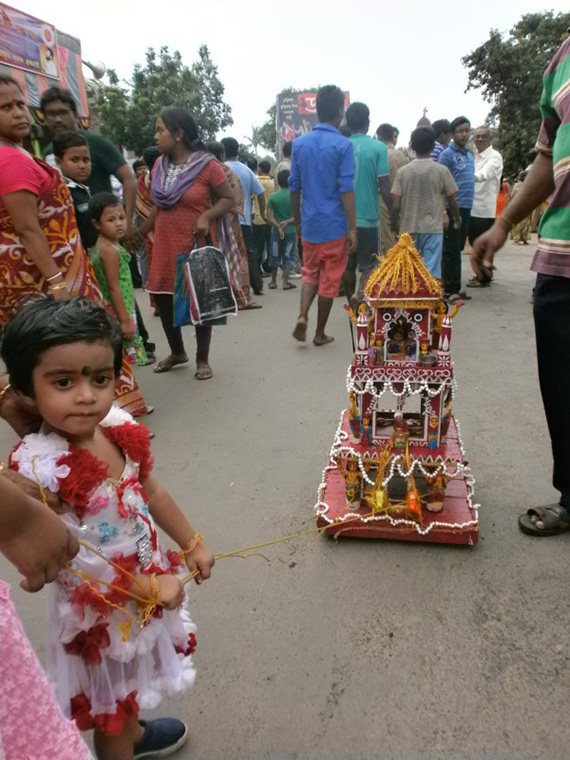 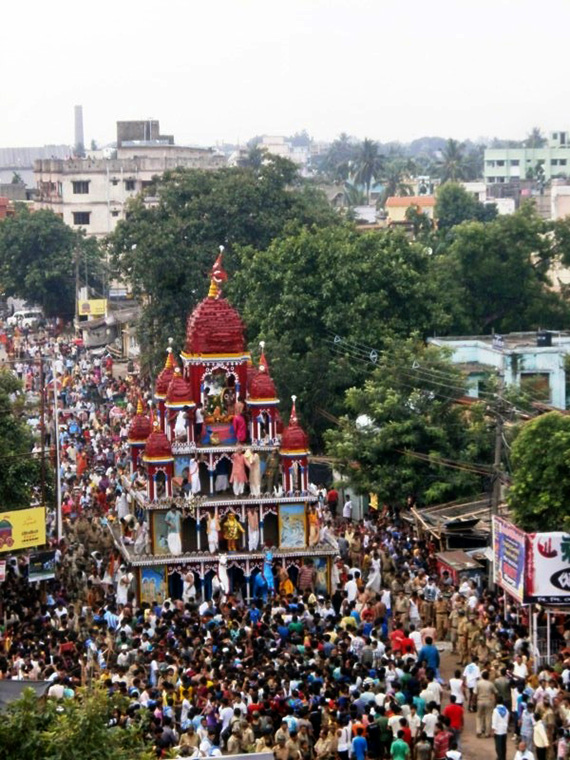 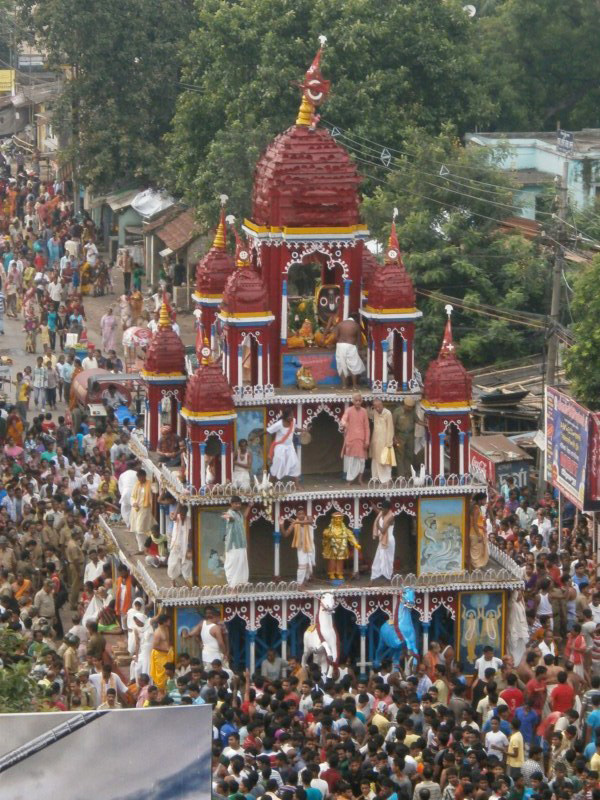 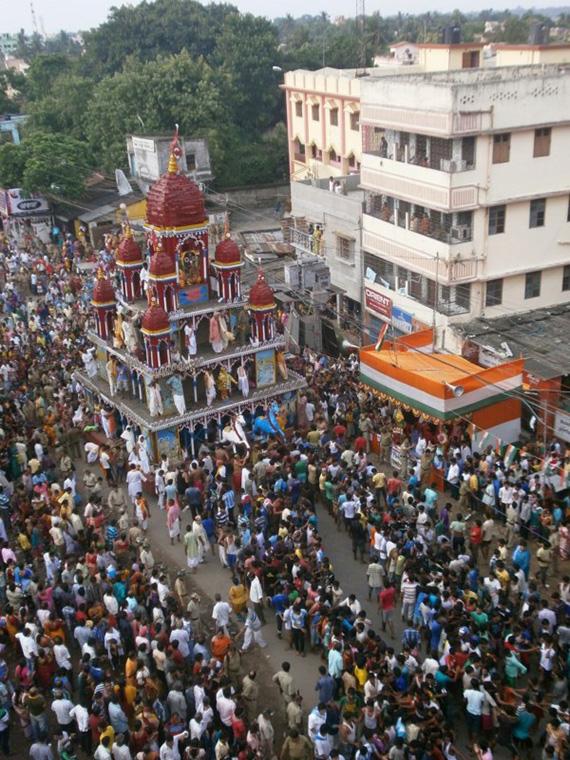 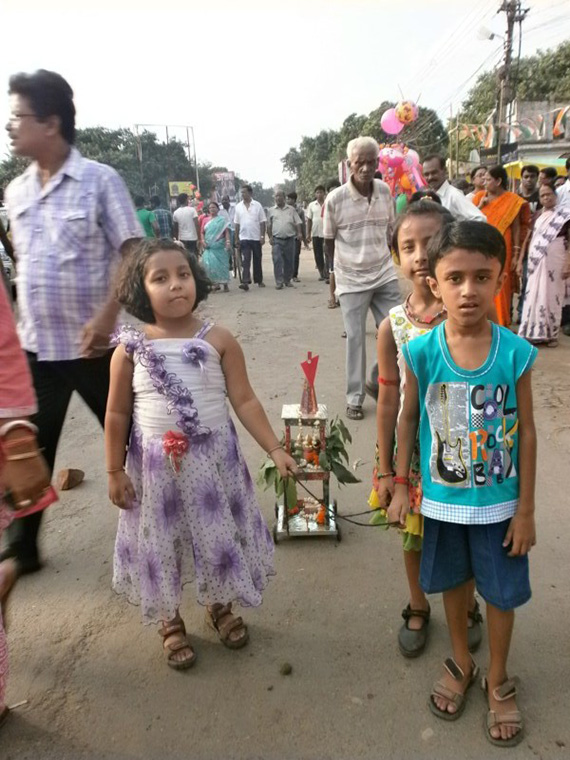 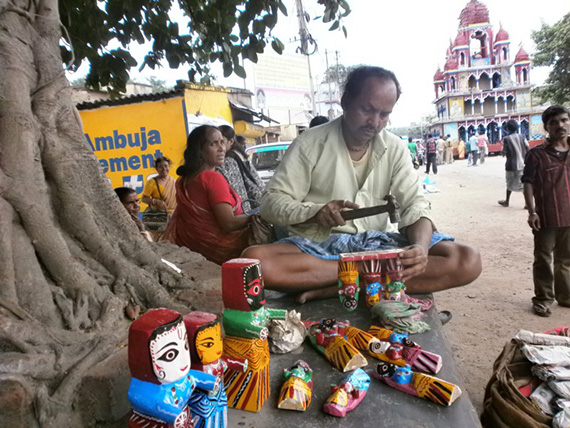