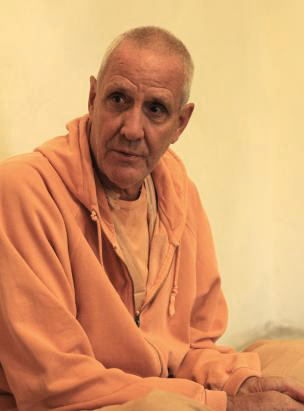 We must always hold our guru in the highest regard. The disciple must see the guru as the representative of Krsna. The guru is never to be considered an ordinary man, jiva-tattva.

"One should know the acarya as Myself and never disrespect him in any way. One should not envy him, thinking him an ordinary man, for he is the representative of all the demigods." (Bhag.11.17.27)

While correcting his guru’s so-called mistake a sincere disciple will think, “Oh, my guru is so kind. He is showing some defect just to give me a chance to serve him.” Our Guru Maharaja, Srila A.C. Bhaktivedanta Svami Prabhupada used to say, “You are all helping me to spread this Krsna consciousness movement all over the world.” But we were thinking that he was so kind that he allowed us some service in his mission. Actually Srila Prabhupada did not require our help and whatever we are doing in the right way is simply by his grace. Srila Prabhupada could have spread this movement singlehanded. And actually he did that.

Similarly, Srila Prabhupada used to say that, “Lord Caitanya Mahaprabhu could have spread Krsna consciousness all over the world not just India. But He is so kind that He has given us some service in His sankirtana movement.” This is the mood of all great acaryas and spiritual masters in our disciplic succession.

There is a danger for the disciple if he considers the so-called mistakes of his guru to arise from the conditioning of the three modes of material nature. Therefore, we must be very careful how we associate with the guru and in what consciousness we observe his activities. Even the senior disciple will experience great difficulty if he proudly thinks that his guru is dependent on his services. So Krsna has said, acaryam mam vijaniyan – “Know the acarya as My very self.” There can never be a material defect in Krsna. He is purely transcendental, acyuta, above the senses and the laws of material nature.

The disciple must always remember this sloka and maintain such regard for his guru. There is no difference between your guru and my guru yet we will not necessarily see other’s guru in the same way as we see our guru. In the private gathering of our godbrothers and godsisters we may express such exclusive vision that our guru is the best of millions of jagat-gurus. And it must be so. Otherwise why have we come to the shelter of our guru?