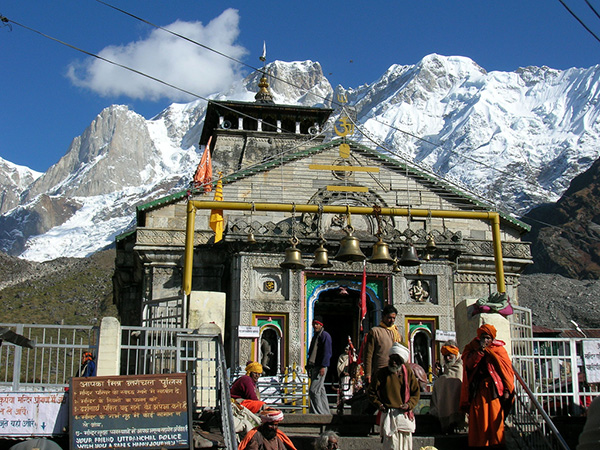 Dehradun: Amid chants of Vedic hymns and light snowfall, the portals of Kedarnath and Yamunotri, the two major chardham pilgrimage centres in Garhwal Himalayas, were closed to visitors on Tuesday for winters during which they become snowbound and inaccessible.

While the portals of Kedarnath, which bore the brunt of the June calamity in Uttarakhand, were closed after an elaborate six hour ritual at 8 AM, those of Yamunotri located at a height of 10,804 feet were shut at 1:15 PM in the presence of temple committee and senior administrative officials.

Kedar Valley resonated with the chanting of Vedic hymns in the wee hours as doors of the famed Himalayan shrine were closed ceremoniously.

Chief priest of Kedarnath Temple Bagesh Ling performed the special prayers in the presence of nearly 150 persons including devotees and officials who braved icy winds and a light snowfall to witness the closure ceremony, Kedarnath-Badrinath Temple committee CEO B B Singh said.

About one quintal of ashes brought from Nashik by Mahamandaleshwar swami Samvidanand were applied to the Shiv Linga in the sanctum sanctorum of the temple during the elaborate?Samadhi Puja, the ritual which preceded its closure for peak winter months when the area becomes snowbound and inaccessible, Singh said.

Later, a replica of the idol of Lord Shiva was carried in a palanquin known as "Utsav Doli" to nearby Ukhimath town for its winter sojourn.

Another Himalayan shrine of Yamunotri was closed by the chief priest of the temple Khelanand Uniyal at 1:15 PM.

The portals of Gangotri were closed yesterday while those of Badrinath shrine are scheduled to be closed on November 18 bringing down the curtains on?the annual Chardham pilgrimage marred this year by the June 16-17 flashfloods in Uttarakhand which led to its prolonged suspension for over three months.

The four shrines of Badrinath, Kedarnath, Gangotri and Yamunotri, collectively known as Chardham are closed in October-November every year due to snowbound conditions in the area at the peak of winter.