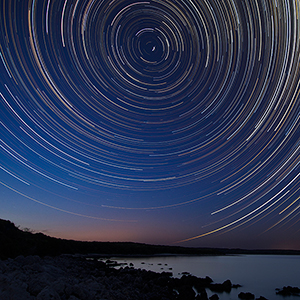 Sunrise to sunset is the route the Sun Planet takes in his giant golden chariot harnessed to seven horses. The chariot of the Sun-god (Surya), worshiped by the words om bhur bhuva svah, travels at a speed of 3,400,800 yojanas [27,206,400 miles] in a muhurta (a Muhurta equals approximately 48 minutes)

Part One. Using the formulas in the 5th Canto of Srimad Bhagavatam and the Surya Siddhanta in a balanced way for better understanding of planetary distances

We have shown how the Srimad Bhagavatam 5th Canto has a formula for finding the planets. Now we shall turn to Surya Siddhanta for the same information. In this way, we shall be able to confirm or correct our understanding of the formula in 5th Canto.

In chapter 12 of Surya Siddhanta we find a formula. It is said there to \"multiply the orbit of the sun by 60\" and \"multiply the revolutions of the moon in a kalpa\" (It is important to know that when a planet moves through its cycle it has an orbit that is permanent and it has an orbit that is changing. When we subtract the unchanging orbit from the greatest circumference we are left with the planets \"daily movement\")

We know it goes around the earth but when is it close and when is it far away? This formula cleverly paints the picture for us. Without this calculation we would not know the north and south movement of the planets. It is not found in Srimad Bhagavatam as far as we can determine. (With the exception of the sun planet)

Part Two. The formulas in Surya Siddhanta and the 5th Canto of Srimad Bhagavatam working together to establish Planetary distances

In the first part of the formula we have found the number 34,744,246,510. Because we already know this is different than what we get in the 5th Canto of Srimad Bhagavatam, we shall subtract the smaller number (Srimad Bhagavatam) from the greater (Surya Siddhanta) and that gives us 366,778.8022.

We are bothering with this because unlike the numbers in the rest of the formulas, this number is a couple of decimal points too large. We will correct it for the decimal points and still we will utilize both the original number from Surya Siddhanta and the number we got by subtraction in the final formula.

So we think that starting with the Sun, Sunday. Moon, Monday. Mars, Tuesday, Mercury, Wednesday, Jupiter, Thursday, Venus, Friday, Saturn, Saturday, we are being given another part of the formula without it being directly said in the text.

The significance of the number 2,304,539.181 is that the earth is situated on an invisible circumference away from the center of the universe. Meru and Dhruva are south and north respectively. Earth planet is not situated in the center.

If you draw a circle in front of you and place a penny to the right of center, though the circle is a circle, it will not appear to be a circle to the penny, it will appear to act as an ellipse, as the modern scientists say the planetary orbits behave.

When we look into space it appears we see elliptical trajectories or galaxies. Hold a quarter in your hand straight on – it is a circle. Turn it a little to the side, what do you see? An ellipse. Has the circle changed?

Once this was no longer understood mathematicians and scientists had to create a different explanation to account for planetary movements.