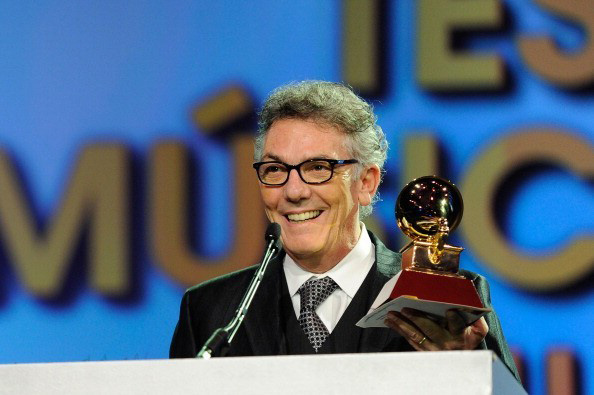 In the summer of 2010, Srila Prabhupada disciple Havi Das (Ilan Chester) — a hugely popular, Grammy-award-winning pop artist and composer in South America — accompanied his wife to New York so that she could take a course with a computer company.

Little did he realize that he was about to discover the seed of one of the most ambitious musical projects ever embarked upon by an ISKCON devotee.

With hours of downtime to while away at his hotel room while his wife was taking her course, Havi busied himself alternately reading the ancient prayer Brahma Samhita and playing his keyboard — he has been a pianist since the age of five.

An epiphany washed over Havi. He heard a whole Krishna conscious symphonic orchestral work unfold in his mind.

Havi had released several Krishna conscious albums in the past — the 1970s concept rock albums Night and Day Dream and Songs of the Future, and the more intimate Bhakti: Devotional Songs from India in 1998. And like George Harrison, he had found a way of “hiding” his devotional sentiments in his more commercial songs.

Working like a madman, Havi absorbed himself in creation right there in his hotel room. But he thought: “How am I going to pull this idea off? This is musically and financially impossible.”

However, surrendering to the idea that Krishna is the doer, he returned to his home in Venezuela with faith that if Krishna wanted the project to happen, it somehow would.

In Venezuela, Havi approached the conductor of the Venezuelan Symphonic Orchestra Tulio Cremisini, who had previously worked as recording engineer on Havi’s Latin Grammy-winning “Tesoros de la Musica Venezolana.” The two had been planning to work on a Spanish language orchestral project. But now, Havi had a different plan.

“Forget about that — listen to this!” he told Cremisini.

It wasn’t long before the conductor fell in love with Havi’s idea to set ancient Sanskrit and Bengali prayers by Vaishnava saints to symphonic orchestral music.

After recording some basic ideas, the two took the project to the Venezuelan Symphonic Orchestra (Orquesta Sinfonica de Venezuela) and the prestigious 125-person choir of the Central University of Venezuela with their choir director Cesar Alejandro Carrillo. 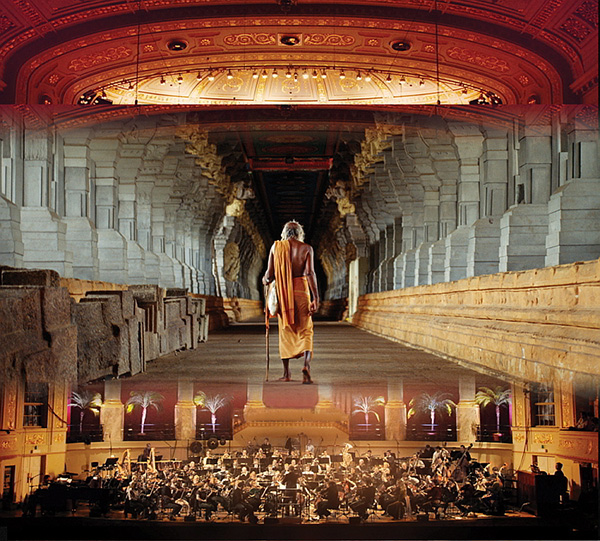 Artwork from the Symphony of the Soul album cover, showing an Indian sadhu and a symphonic orchestra

Spelling out the Sanskrit or Bengali syllable that went along with each note in a way that Spanish-speaking people could read, Havi then explained in depth what each song meant to the orchestra and choir.

“You could have heard a pin drop,” he says. “They were so attentive. They were so enthusiastic and captivated by what they were going to do, that they listened to every word I said about the spiritual world, and the five different relationships with God, and how God is a musician who plays a flute!”

At the next rehearsal, the choir sang Havi and Tuilio Cremisini’s arrangement of Brahma Samhita.

“My heart was exploding,” Havi says. “These people had not known anything about Krishna consciousness. But now that they knew what they were singing about, they were singing with so much passion and dedication that tears came to my eyes.”

After recording the orchestra at the Jose Felix Ribas Concert Hall in Caracas, Venezuela, and the choir at Lemon Pie Studios in Caracas, Havi also enlisted the enchanting vocal talents of Bolanegra Vocal Group and of the Alachua Vaishnava Choir.

Although the Alachua Vaishnava Choir, from the ISKCON community in Alachua, Florida, were new to such a project, Havi says recording with them went very smoothly.

“We are all singers in Krishna consciousness,” he says. “I mean, it’s difficult to find somebody who doesn’t sing! Because that’s what we do — we chant, we sing. So they immediately took to it.”

The album was then mixed by Rafael Rondon, who has worked with Latin artists Torrealba and Maroa, and by David Cole, who has worked with some of the biggest names in the music business including Bob Seger, Steve Miller, Tina Turner and Melissa Ethridge. It was mastered by Ian Jones at the legendary Abbey Road Studios in England.

Finally, with the hard work of over 200 musicians, singers, and engineers, all at the peak of their talents, the resulting album, Symphony of the Soul, was released this week.

“Everything took time and effort and refinement,” Havi says. “Because it is offered to Lord Krishna, Srila Prabhupada and the devotees, the motto is nothing less than excellence — if it’s possible.”

This reporter would venture to say that it is possible. Symphony of the Soul is both mind-blowingly ambitious, and touchingly personal. It is amongst the most immaculately produced Krishna conscious records ever made, and would stand strong too against its contemporaries in the classical music scene.

Of course, the album’s lofty subject — the nature of God and His relationship with the eternal soul — adds a special pedigree that touches the heart deeply. Devotees will immediately be moved, and newcomers to the Vaishnava tradition, even if they are initially unfamiliar with the subject matter, will undoubtedly be affected by the deep emotion in the voice of Havi and his co-vocalists. Meanwhile, although on the surface it couldn’t be more different from traditional kirtan, the symphonic orchestration brings a purity and epic scope that is somehow a perfect fit for the ancient prayers on offer.

What’s more the album’s booklet, beautifully designed by Rasikananda Das, takes the listener deep into the meaning of each song, with the original Sanskrit or Bengali lyrics, as well as a translation and commentary. 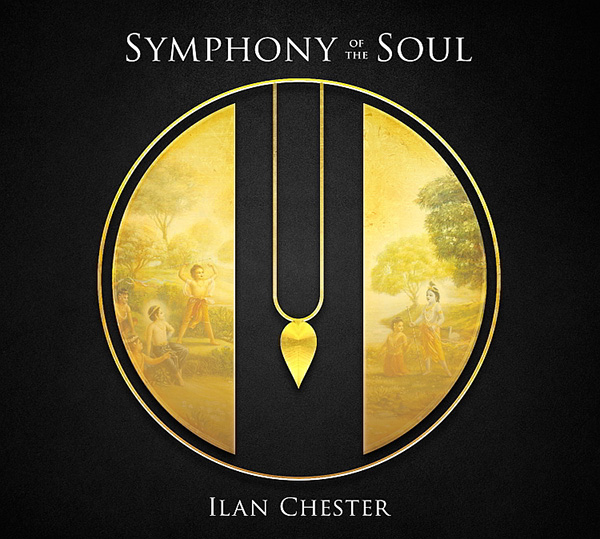 The cover artwork for Symphony of the Soul

Each song takes the listener on a special journey, with its own creative arrangement. Opening track Mantras combines the esoteric East with a Hare Krishna mantra chant that soars like a cut from Sound of Music. Chintamani delivers the prayers the creator Lord Brahma spoke to Lord Krishna with an orchestral bombast that makes you feel privy to that great exchange at the dawn of time.

Highlight Narasimha, meanwhile, starts out with the beautiful heartfelt vocals of Havi’s daughter Shraddhanjali chanting “Namaste Narasimhaya,” then builds to a stomping “Sri Nrsimha, Jaya Nrsimha” chorus. If Lord of the Rings’ Peter Jackson directed a major motion picture about Lord Nrsimhadeva, this would be the score. It’s a cinematic, orchestral tour-de-force that will completely take your breath away and land you right there with the fierce half-man-half-lion form of God, as He bursts from the pillar to slay the demon Hiranyakashipu.

Then there’s Tulasi, a prayer written by the 17th century guru Visvanath Chakravarti Thakur in praise of Vrinda Devi, one of Lord Krishna’s dearmost servants. With its choir of fragile, clear voices chanting “Vrinde Namaste Charanaravindam,” the song is so pure and heartfelt that it will draw out devotion in any listener.

Govardhana is a very simple track, featuring mantras written some 500 years ago by the great saint Raghunath Das Goswami, in praise of the sacred hill Govardhana. With only Havi’s voice prayerfully intoning against a backdrop of nature sounds recorded at the pilgrimage site, it feels a little long at seven and a half minutes. Still, for the more patient listener, it’s an absorbing, meditative break in all the fanfare that’s placed at just the right point in the album.

Some songs on Symphony of the Soul embody not only classical music and ancient India, but also other cultures. Giri, a beautiful song composed in praise of Krishna by His eternal consort Srimati Radharani herself, is a stunning achievement by the Central University of Venezuela choir that has a distinctly African flavor. It’s also incredibly catchy — try getting it out of your head after a couple of listens.

Then there’s Gouranga, in which the great 15th century songwriter Narottam Das Thakur cries out in gratitude for Lord Chaitanya’s compassion. This mindblowing track blends the authentic Bengali kirtan of the old film Nimai of Nadia with the oriental flavor of Chinese cinema such as Crouching Tiger, Hidden Dragon to deliver a truly intoxicating spiritual cocktail. The imagery the lush orchestral score creates is so powerful that you’ll feel like you’re right there in the center of an intense, ecstatic kirtan with Sri Chaitanya Mahaprabhu and all his associates. Havi’s soaring vocals are particularly powerful in this track, and by the time he shouts out “Goura Prema Nande!” you’ll feel like running out into the streets and roaring out the Holy Names.

Rounding out the album, Bolanegra vocal group deliver an incredible a capella performance in the bouncy “Doyal Nitai,” and Radhe, with its big choruses and cymbal crashes, brings to mind a classic musical and makes you want to skip over mountains gleefully in the sunlight.

The album ends with Srila Prabhupada/Kulashekar, a one-minute track that showcases the wonder of dovetailing modern technology and musicianship with Krishna consciousness. In it, Havi takes an a capella recording of his guru, ISKCON Founder Srila Prabhupada, singing this prayer composed by the ancient Indian king Kulashekar, and adds piano accompaniment. The result makes it feel as if Srila Prabhupada, who left this world in 1977, just recorded the vocals recently in a modern studio — in fact, it feels as if he’s right here with us. It’s a beautiful and prayerful end to a record that Havi has dedicated to his beloved guru.

“I’m very very fortunate to have met Srila Prabhupada when I was just a teenager, and learned the truth through him,” he says. “He sowed the seed of love in my heart that has been my life’s inspiration. I am indebted to him forever. And this work is just one more way of showing my gratitude.”

For Havi, this ambitious album is only a part of his offering to Srila Prabhupada. The next step, he says, is Symphony of the Soul: The Show. Hoping to connect with some of the $1 billion a year orchestral music market, the huge international Indian community, and the growing yoga scene — 15 million in the United States alone so far — Havi plans to talk with management groups about an hour-and-a-half long audio visual show that will create a narrative story linking each song in the album.

“We’re not only going to culturally steal hearts and minds,” he says, “But this also can bring money back to finance more art, music and drama in ISKCON.”

Havi believes that presenting the priceless devotional prayers of the Gaudiya Vaishnava tradition in a musical “language” that Westerners are more familiar with could garner more understanding and appreciation for ISKCON’s message, and have a transformative effect.

He drives his point home with a quote from another musical — the 1964 classic Mary Poppins.

“A spoonful of sugar,” he says, “Helps the medicine go down.”

Symphony of the Soul is available now on Amazon.com, iTunes and CDbaby.com as a digital download. The CD album will be available for purchase on Amazon.com in the second week of September.