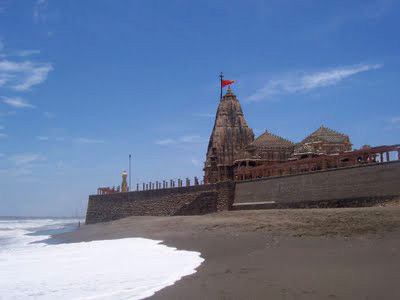 In January 2001, Indian History Congress was holding its Annual Conference at the Alipur Campus of the University of Calcutta and at the concluding session of the said Conference the Nobel Laureate economist Dr. Amartya Sen, while addressing the delegates, said that Ramayana and Mahabharata do not have any historical value. These two epics are simply mythology and nothing but poets’ fancy. He also said that neither Rama nor Krishna was a historical personality and both of them were simply mythical.

Gandhiji wrote two commentaries on Shrimadbhagavadgita, Anasaktiyoga and Gitabodha, and in the introduction of the former work, he wrote, “Generally Mahabharata is taken to be a historical work. But in my opinion, it is not so. I cannot say that Ramayana and Mahabharata are historical works. They are simply religious works. If you are still inclined to treat them as historical works, then I should say that they are nothing but the history of the Self (Atma). They do not contain what happened thousands of years ago. On the contrary, they are the reflections of what is happening today in every soul”. About Lord Krishna, he wrote, ”Krishna of Gita is the embodiment of pure and divine knowledge, but without having any physical existence. By this the Avatar Krishna is not denied at all, but only it is said that He is mythical”.

It is not difficult to understand that all such utterances of Sen, Gandhi and many other like minded Indians derive inspiration from the Western interpretation of Indian history. Most of the Western scholars firmly believe that our ancestors grossly neglected writing history and what we claim to be our history is nothing but mythology. So M. Winternitz in his History of Indian Literature writes, “History is one weak spot in Indian literature. It is, in fact, non-existent. The total lack of historical sense is so characteristic that the whole course of Sanskrit literature is darkened by the defect”. The renowned German scholar Max Muller, in his History of Ancient Sanskrit Literature, writes, “No wonder that a nation like India cared so little for history”. “With regard to history, the Hindus have done really nothing but romances from which some truth may occasionally be extracted”, says another Western scholar Major Wilford. These scholars refuse to accept Ramayana, Mahabharata and the Puranas as historical works as there are no mention of year and dates of the events described therein.

But people of this country firmly believe that Ramayana, Mahabharata and the Puranas are their history and not simply epics or poets’ fancy. So Dr. S. Kalyanaraman, the director of the Chennai based Saraswati River Research Centre, says that the historicity of the events described in Ramayana and Mahabharata is validated by two evidences: one is based on tradition and the other is based on jyotisha, or planetary configurations and other celestial events narrated along with mundane events described in those epics, which may be called sky epigraphs.

It is really strange that the people of Western Garhwal, now in the state of Uttaranchal, observe every year the Duryodhana Festival. There also exists a temple dedicated to Duryodhana where people offer their puja and many believe that the city of Varanavat, where Duryodhana tried to burn the Pandavas alive, was situated in that locality. It is also really striking that people of this country offer water in memory of Bhishma during shraddha ceremony. The point to be highlighted here is that, had all these been poets’ fancy and mythical, the traditions could not have been continued for such a long time.

The aspect of celestial epigraph, or planetary positions described in these epics, particularly in Mahabharata, undoubtedly shows that the said epics do mention the dates of events described therein, which the Western scholars failed miserably to understand. In Mahabharata alone there are 150 instances where worldly events are mentioned along with the planetary positions in the sky. And, in addition to that, other astronomical events such as occurrence of an eclipse, or appearance of a comet, or rare events like shower of meteorites have been mentioned. A few of such examples may be mentioned below

There is also another continuing tradition in this country that says that the beginning of the present Kali Yuga, Kurukshetra War, death of Lord Krishna and coronation of Emperor Yudhishthira were contemporary events. Famous astronomer Aryabhatta in his celebrated work Aryabhatiyam had accepted the said tradition and used the word “Bharatapurvam” in the said work very often and scholars agree that he used the word to refer to such events that occurred before the Mahabharata War. In 1991, Dr. D. Abhayankar and Dr. Ballabh of the Osmania University calculated that the present Kali Yuga began on 7th February, 3104 B.C. But it is now well accepted by the both Eastern and the Western scholars that the present Kali Yuga began on the midnight of 17th and 18th February, 3102 B.C. And hence it can roughly be said that the Mahabharata War took place nearly 5000 years ago from now.