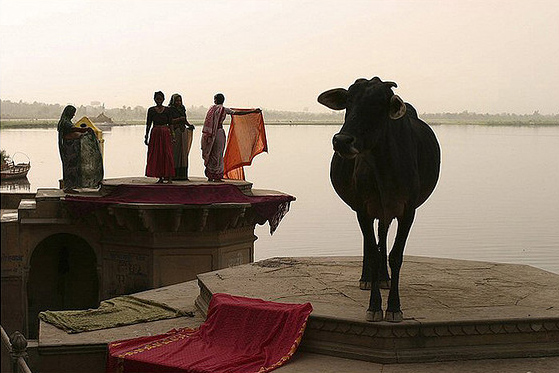 In a rare gesture, Muslim community in Mathura has taken a pledge that they would not allow cow slaughter in the district.

"The Muslims of Mathura are not in favour of cow slaughter. It is the handiwork of outsiders who kidnap cows from here at night and then slaughter them," said Abdul Zabbar, convener of the anti-cow slaughter convention held at Islamia Inter College here last evening.

"Cow slaughtering was started by Britishers in order divide both the communities. The country got independence owing to Hindu-Muslim unity," Sant Ramesh Baba, who was the first to start crusade against mining in hillocks of Barsana about two decades ago, said.

"I am sure that none of the Muslim in Mathura is involved in cow slaughtering since 99 per cent of the Muslims here do not consume beef," claimed SP leader and social worker Ashok Agrawal.

Several Muslim leaders present during the convention jointly pledged that they would not allow cow slaughtering in the district and would start a crusade against it.