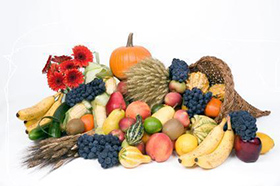 Vegetarians live longer than meat-eaters, according to a study published Monday in JAMA Internal Medicine, a Journal of the American Medical Association.

The authors tracked 73,308 members of the Seventh-day Adventist Church for almost six years. The church is known for promoting a vegetarian diet, though not all of its followers adhere to that teaching. Researchers found out what type of diet participants ate, then followed up to find out how many of those participants had died and how.

Vegetarians in the study experienced 12% fewer deaths over the period. Dietary choices appeared to play a big role in protecting the participants from heart disease, from which vegetarians were 19% less likely to die than meat-eaters.

There also appeared to be fewer deaths in the vegetarian group from diabetes and kidney failure.

The advantage appeared stronger in men than women, whose diet didn’t seem to make as much of a difference. Eating plant foods didn’t seem to protect participants against cancer, which struck both the vegetarians and non-vegetarians in roughly equal measure.

The paper, written by researchers at Loma Linda University in Loma Linda, California, is larger and includes a more diverse population than previous research, says lead author Michael Orlich, director of the preventive medicine residency program there. “People are confronted with all sorts of nutritional information, but the bottom line is, ‘How will your diet pattern affect your risk of dying?”‘ he says.

Researchers don’t know why a plant-based diet seems to have a protective effect, but one likely reason is the nutrient profile of vegetarian diets, which tend to be higher in fiber and lower in saturated fat. Vegetarians tend to be thinner, another factor known to have an effect on health outcomes, Dr. Orlich says. He adds that the study benefited from examining a group whose rates of alcohol and tobacco use are low.

Of course, just eliminating meat from the plate doesn’t always equal a healthy meal. Vegetarian dishes—for example, a vegetable spring roll—still can be high in fats and calories. And certain meats are healthy.

Loma Linda University is a Seventh-day Adventist institution specializing in health care. The church recommends a diet with “generous use of whole-grain breads, cereals and pastas, a liberal use of fresh vegetables and fruits, a moderate use of legumes, nuts and seeds,” according to a statement on its website. The study published Monday was funded by the National Institutes of Health.

When adopting a vegetarian lifestyle, nutritionists recommend watching closely to make sure the intake of key nutrients is sufficient. These include iron and zinc, frequently found in meat, and calcium and vitamin B12. Roughly 5% of Americans consider themselves to be vegetarians, according to a survey published last year by Gallup.

The Loma Linda researchers used a questionnaire to categorize participants into groups based on their diets.

The categories include nonvegetarians and people considered semi-vegetarians, who eat meat more than once a month but less than once a week. In addition to meat, vegans eliminate dairy and eggs from their diets.

Others eat fish, in addition to the cohort that eats no meat but consumes dairy and eggs. For many of the analyses, the researchers lumped all of these subsets of people together as simply “vegetarians.”

The above article originally appeared on The Wall Street Journal.