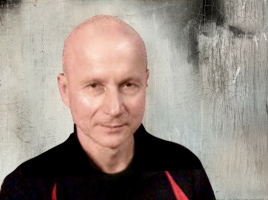 Anatoli Fedorovich Pinyayev (Ananta-santi dasa) was the first Soviet Hare Krsna devotee. Because of his active preaching throughout the USSR and because of the spiritual influence he had on many people, he was subjected to severe persecution for five and a half years at the hands of the staff at various Soviet psychiatric hospitals. The following excerpts are from an interview with him conducted in February 1988.

I started preaching Krsna consciousness after Srila Prabhupada visited Moscow in 1971. Gradually people in the Soviet Union became more and more attracted to Krsna consciousness and it became quite widespread. The authorities, however, became afraid because so many from the intelligentsia were interested in Krsna consciousness. Everything spiritual was considered to be criminal and thus they started repressions. 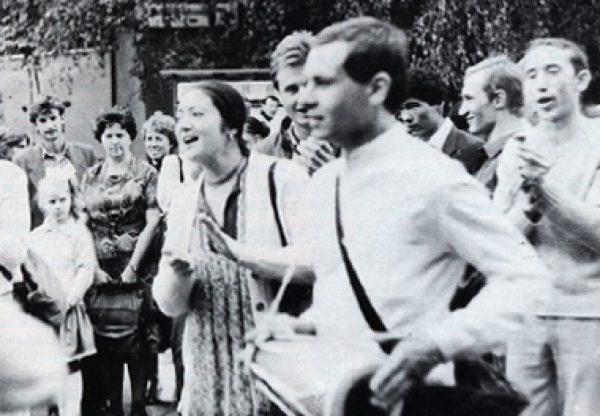 “It was just like an explosion of Krsna consciousness in the Soviet Union.”

It was just like an explosion of Krsna consciousness in the Soviet Union. The authorities were terrified so they tried to discredit the movement and present it as simply a group of crazy criminals. Because I was the first one to preach and the only disciple of Srila Prabhupada, they tried to repress me and present me as a crazy criminal. The court accused my godbrothers and me of teaching vegetarianism, which they said is harmful to the body, and for teaching mantras and praying, which they said is harmful for a person’s mental condition. On this ridiculous pretext they were accusing us. 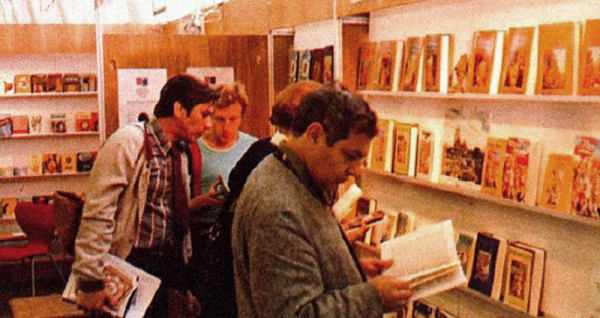 At the Bhaktivedanta Book Trust exhibit at the 1979 Moscow International book Fair, thousands of Russians were introduced to Srila Prabhupada's books.
I was imprisoned and they tried to present every person who was following Krsna consciousness in this country as crazy. They then put me in a mental prison, a mental jail. There the doctors said that they were taught that religious believers are insane, and that only insane persons can think that there is a God, that there is spirit, and that we are not these bodies but spiritual sparks.

At the Bhaktivedanta Book Trust exhibit at the 1979 Moscow International book Fair, thousands of Russians were introduced to Srila Prabhupada's books.

I was given courses of medication for many months. They gave me drugs three times a day. It was so bad that I was only able to lie in bed. This drug was special; it made it impossible to concentrate on anything. If I tried to chant loudly they would give me such large doses that I could have died. Lying on the bed I had so much material discomfort; these drugs make you restless and force you to change the position of your body all the time. I was feeling very weak and so much discomfort. It was just like torture for months and years. The only pause in the torture was when I was sleeping at night.

Initially, when the psychiatrists considered me crazy, they brought me from the regular prison to a psychiatric prison in Smolensk. It was on the same site as the ordinary prison but it had special cells for psychiatric prisoners. It had the bad aspects of both a mental asylum and prison. We were living in small cells with about twenty people in each. There was not enough fresh air. We took baths irregularly, sometimes not for 23 days. Many people there had insects on their bodies. 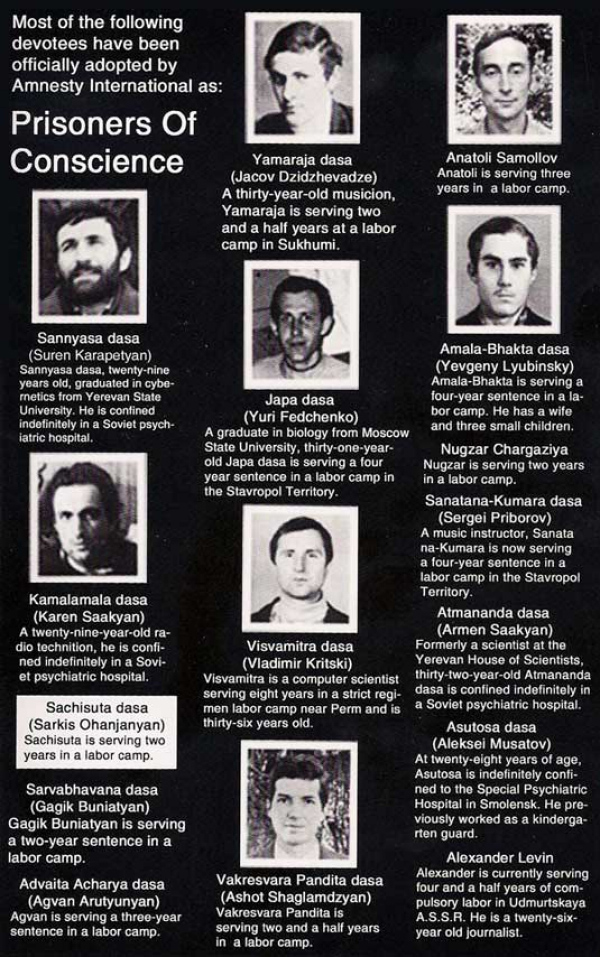 The entire place was very dirty. The food was prepared very badly. People there often had their teeth fall out and their gums would bleed. I was taking very little food. Everything was a problem there. Even the janitors where criminals. It was a place for crazy criminals and there was constant fighting amongst them. There was pressure from the doctors, the janitors, the criminals, everyone. Everyone was very much disturbed. My relatives were told that I would never be released.

The prisoners were punished for everything. I was trying to wash my clothes and every morning I tried to wash at least parts of my body. But I was punished many times for this. They did not like this. The janitors tried to beat me up several times.

Everyone in that place was astonished by the fact that I was imprisoned for preaching religion. They saw that the authorities were especially oppressive towards me; they could not understand why.

I found out from my mother that my godbrothers all over the world had started a campaign for my release, as well as the release of other imprisoned devotees in the Soviet Union. The situation changed a little. During the last half year in Oryol some changes where expected, so I started to preach more at that time.

In Smolensk I was kept in one ward where there was a doctor who was famous for his sadistic inclinations. In Oryol, however, my last doctor told me that I was completely sane. He said he understood that I was in the mental prison because of the political situation. Before “perestroika” every aspect of spiritual and intellectual life was oppressed in our country. He said, “Time is working for you. Because of the changes in our society and because of the help from abroad, sooner or later you will be released.” He was a little compassionate towards me and I preached to him. I was very thankful to my godbrothers and people all over the world who did something to somehow release me. 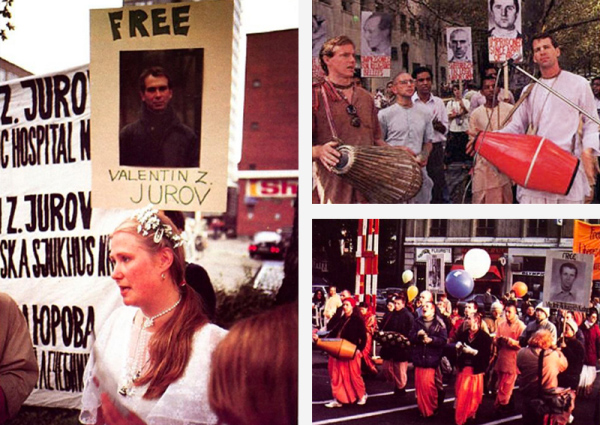 I was released from the Oryol psychiatric prison in a very strange and unusual way. One day my doctor called me in and said he was a little bit agitated. He told me that some papers had come from Moscow saying that I should be released. He said that there would be a special professor coming from Moscow to be part of a medical commission that would release me.

When the professor came, he talked to my doctor for a long time about me without me being present. In the end he told my doctor, “Yes, he is completely sane. We will release him, but we will leave his diagnoses for now because his condition may appear again in the future.” When my doctor told me about this, I requested him to ask the professor, “Who can guarantee that you will not go crazy after some time?” My doctor told me, “Yes, I asked him this question and he told me that he also finds the symptoms of mental disease within himself.”