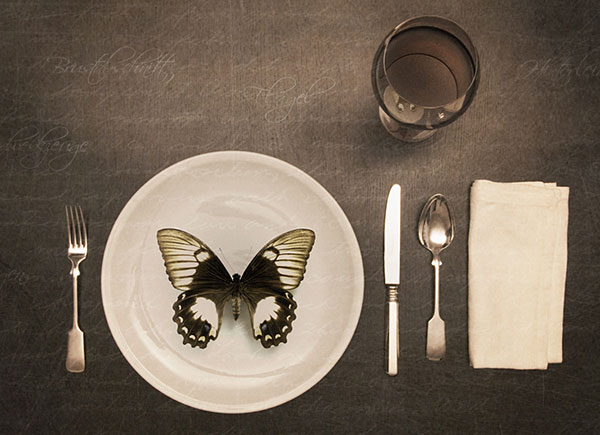 In the Isopanishad, it is said that God the Supreme Being is complete and perfect and all His creations are complete and perfect. It implies that there should be no food shortage or food poverty in His creation. People should not go hungry for want of food. Nature is so perfect and unlimited that man can use Nature’s bounty to sustain and grow himself. Why then is there food poverty? It is not because nature is inadequate or incomplete, it is because man who has the freedom to control, misuses his control out of greed and takes more than he needs thus creating a an artificial gap between resources, and people. Such unscrupulous leaders and guides of society who have the power to control the resources are the main culprits behind food poverty.

Despite the mismanagement of natural resources, the UN has taken a bizarre step to reduce food poverty. It is recommending human beings to eat insects. Gradually, the so called leaders of society are leading the way for people to degrade into animalistic lifestyle (mode of ignorance or tamo guna) . Human beings are meant to eat grains, fruits, roots, nuts, and milk products (mode of goodness or satva guna) and not animal flesh or insects. It is the grossest form of food habit. However, by planting the seed to eat insects, down the road, perhaps in two or three generations this sort of cuisine will be a normal practice.

Below is the article where insect eating is recommended.

The 200-page report, released by the UN Food and Agriculture Organisation, on May 13 at the organisation’s Rome headquarters, called for restaurants, chefs and food writers to promote the eating of insects, in a bid to fight world hunger and global warming.

“Insects are everywhere and they reproduce quickly,” the FAO said, adding they leave a “low environmental footprint.”

They provide high-quality protein and nutrients when compared with meat and fish and are “particularly important as a food supplement for undernourished children”.

Insects are “extremely efficient” in turning feed into edible meat, converting feed mass into meat four times more effectively than cows. The report suggests this would allow food to be produced more cheaply, with fewer emissions. Insects are high in protein, and can also be rich in copper, iron, magnesium, manganese, phosphorus, selenium and zinc.

Entomophagy, or the practice of eating insects, has a long history, and is currently practiced by two billion people world wide. The report counts around a thousand edible insect species, from the small grasshoppers served “toasted in a little oil with garlic, lemon and salt” on the streets of Oaxaca, to the fly eggs, gathered from stagnant water, that Montezuma enjoyed for breakfast, which the report optimistically terms “Mexican caviar”.

The FAO admits that consumer disgust will remain a barrier to their adoption into the Western diet.
However, squeamish westerners may already be practicing entomophagy unawares. Some degree of insect contamination is considered inevitable in large scale agriculture. The United States Food and Drug Administration considers wheat flour with an average of 75 or fewer insect fragments per 50 grams, and tomato juice with no more than one maggot per 100 grams, appropriate for human consumption.