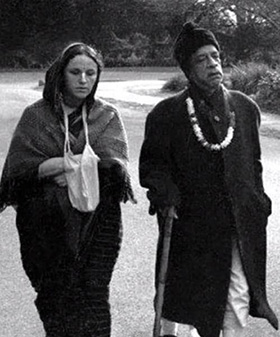 In ISKCON, while women are generally recognized informally as spiritual teachers, no woman has so far been formally allowed to serve as an initiating spiritual master, dīkṣā-guru. Now there is a proposal to allow a woman to take up this role, and this has created some controversy. The resulting discussion has inspired many devotees to look more closely at the roots of our movement to find authoritative answers from guru, sādhu, and śāstra about what are absolute principles and what are possible adjustments. The present paper is primarily an exploration into śāstra regarding the roles and responsibilities of vaiṣṇavīs. We examine statements on the social and spiritual role of ladies from the Upanishads, the Vedas, and some of the principal commentaries on them. Since for Gauḍīya Vaiṣṇavas the authority on religious ritual is Hari-bhakti-vilāsa, we also examine the texts therein as well as some relevant points from Śrīla Sanātana Gosvāmī‘s Dig-darśinī-ṭīkā commentary.

Some Evidence Regarding Education and Guruship for Vaishnavis (PDF-file)