In the late 1960s, when ISKCON founder Srila Prabhupada personally negotiated his first book contracts with Japanese publisher Dai Nippon, he insisted on high grade paper and binding, considering the highest quality to be essential for books containing the highest knowledge.

Over four decades later, Mandala Publishing has become renowned for the same kind of dedication to quality and disseminating spiritual knowledge. The company’s beautiful and artfully-packaged coffee-table books, which introduce a mainstream audience to Vedic culture, have earned multiple awards and won over readers around the world.

“I believe that books on our culture are Deities, and are manifestations of Krishna’s internal energy,” says publisher and founder Ram Das (Raoul Goff). “Just as the Deity is dressed and decorated in beautiful costumes and ornaments, these books should be treated the same way. So we try to put a lot of love into each book. We want them to be special. We want them to be the kind of books that people don’t throw away, but treat with dignity and keep forever.”

Since becoming a Vaishnava in 1978, Ram Das’s service to the devotee community has always revolved around books.

“I took care of the book room, drove books out to devotees on the street, and went out myself to sell sets of books,” he says. “I also served the Bhaktivedanta Book Trust by printing Srila Prabhupada’s books for them. It’s kind of like the family business for me.”

Later, wanting to continue his service of publishing devotional books, Ram Das launched Mandala in 1986. Starting off with a small office and a staff of only two, the company published just one book a year.

Since then, it has grown into a thriving publisher with two imprints—Insight and Earth Aware—selling thousands of copies each year. Its headquarters, in Marin County, California, are housed in a multi-departmental office complex. A fast-paced, hyper-creative working environment, it employs thirty-five staff, all skilled in their respective professional fields.

Regular contributing authors and editors also work remotely from different countries around the world, and different Vaishnava organizations. Ram Das, who became a disciple of Srila Prabhupada’s godbrother Srila Bhakti Pramode Puri Maharaja in 1993, sees all Vaishnava groups as “one family” and continues to maintain close friendships and working relationships with many ISKCON devotees. 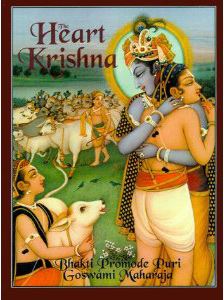 And indeed all staff and contributors work as one family, putting their energy into Mandala’s two chief areas of focus. The first is to create enriching books for devotees that enhance and give deeper insight into the practioner’s spiritual life, such as B.P. Puri Maharaja’s beautifully illustrated The Heart of Krishna.

“The second, overarching focus is to create books that introduce newcomers to Krishna consciousness,” Ram Das says. “I feel like there’s a lack of introductory literature that’s accessible, well-written and produced for a Western market. So we try to fill that void.”

He explains that Mandala’s authors have the rare talent of being able to write about Krishna conscious philosophy in a way that’s accessible to a broader audience; without alienating people by using the kind of insider language devotees have become conditioned to use.

One of these authors is ISKCON guru Radhanath Swami, whose autobiography The Journey Home doesn’t ‘preach to the choir,’ but instead gives a new audience access to his tradition through a gripping story.

“Literally thousands of people have read that book and gotten spiritual nourishment from it,” Ram Das says. “It’s about his own personal spiritual journey and struggles—how he dealt with things, rationalized things, thought about things, how he embraced often difficult situations. People relate to that.” 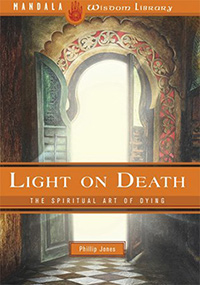 “Paramahamsa is a devotee who is a professional hospice counselor,” Ram Das says. “Counseling dying people is what he does. So it’s a deeply spiritual book, drawing from our tradition and explaining things in a way that everybody can benefit from.”

Also attractive to newcomers are a series of books by Ranchor Prime, an early British disciple of Srila Prabhupada, detailing the lives of great saints as well as Avatars of Lord Krishna. Beautifully illustrated by renowned classical artist B.G. Sharma, they include Ramayana: A Tale of Gods and Demons; Prince of Dharma: The Illustrated Life of Buddha; and Mahavira: Prince of Peace, on the life of the the Jain saint.

Meanwhile, children aren’t left behind. Mandala has revised and redesigned classic Bala Books titles like Agha: The Eight Mile Monster and The Butter Thief. There’s also Kaliya, Serpent King and Krishna and the Mystery of the Stolen Calves, both by Prabhupada disciple Yogesvara Das (Joshua Greene), who is also a Mandala contributing editor and board member.

There are also brand new books such as the just-released Manu’s Ark, about Lord Krishna’s Matsya Avatar, and The Peaceable Forest by Kosha Rupa Dasi (Kosa Ely), which tells the classic tale of Mrgari the Hunter’s transformation.

All are sumptuously illustrated in vivid colors, and appeal not only to Vaishnavas but also the thousands of yoga practioners in the growing yoga world, who want to go deeper into the tradition and pass it on to their children too. 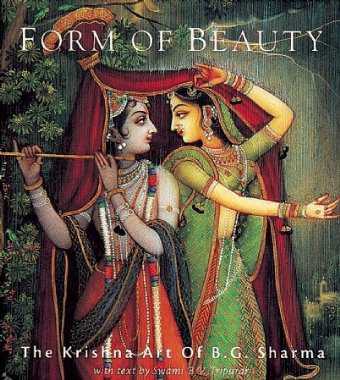 Mandala is intent on creating spiritual books that are not only accessible, but also commercially successful. Its titles sell in both chain bookstores and smaller independent stores, museum shops, and throughout the academic community. Some of its books, such as Form of Beauty: The Krishna Art of B.G. Sharma, Yoga and Vegetarianism, and Radhanath Swami’s The Journey Home—which has been published in nine languages—are major sellers.

The company promotes its books at international and domestic fairs such as the Frankfurt, London, and Bologne book fairs, and Book Expo America in New York, and has foreign language partners all over the world.

Mandala reps also sell beautifully packaged card packs and special kits to gift stores. Among the card packs are chef Kurma Dasa’s Vegi Cards containing vegetarian recipes, and The Gita Deck of illustrated cards on the wisdom of the Bhagavad-gita. The kits include a Kirtan Kit containing kartal cymbals, song cards and kirtan CDs. There’s also a Meditation Kit containing japa beads, tilak and a CD of Srila Prabhupada chanting; and a Krishna Kit, with devotional prayer cards, a Deity of Krishna and incense to offer to Him. 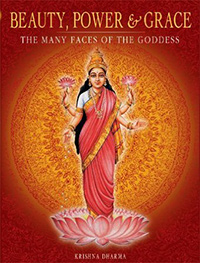 Mandala has also won numerous awards for its books and other products. Ranchor Prime’s Ramayana and Yogesvara Das’s Gita Wisdom have both received the prestigious Benjamin Franklin Award, while another ISKCON devotee, Krishna Dharma, won a National Gold Ink Award for his book on Godesses of the Vedic tradition, “Beauty, Power, Grace.”

In the near future Mandala plans to expand its children’s series, starting with a new book on Lord Krishna’s dwarf avatar Vamana. It will also release a series of books written by scholars from the Oxford Centre for Hindu Studies, and this summer, an eleven-volume Encyclopedia of Hinduism.

“International scholars from different traditions, including Gaudiya Vaishnavas, are contributing,” Ram Das says. “The profits will go towards cleaning up the sacred Yamuna and Ganga rivers.”

Mandala will also work with the Bhumi Project, which is tackling environmental issues from a Hindu perspective, to produce a book on Hinduism and the Environment.

“That’s an area that I’m particularly passionate about,” Ram Das says. “I think it’s very important that people understand that applied spirituality equals a reverence for the environment, and a lifestyle that respects it.”

Mandala is also currently working on a full-length documentary about the Yamuna, called A River in Peril, and Ram Das hopes to produce other documentaries in the future, as well as children’s animation and other kinds of films.

“I’d like to see the company grow from just a publisher to more of a multimedia company,” he says.

But whatever its medium, Mandala will continue to break new ground by introducing a mainstream audience to spiritual culture—and transforming lives in the process.

“We get lots of letters expressing appreciation, from ‘I learned a lot from your book,’ to ‘this changed my life,’” Ram Das says. “Recently, one girl read our book The Heart of Krishna, and contacted us asking for a recommendation on where to go and what do while visiting India. She ended up going to Vrindavan, doing service there, and becoming an initiated devotee of Krishna!”

He grins. “And that’s always a good thing.”