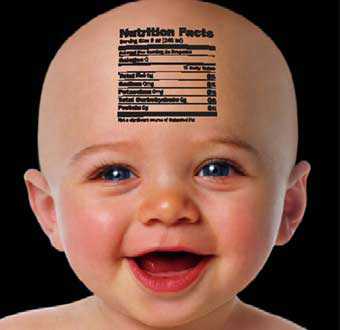 Human taste buds have grown tired of all the flesh and blood we gorge upon daily. To the tickling taste buds, what could be more savory than a cute little baby, killed in the womb itself.

Sounds abhorring? Read on. Senomyx is an American biotechnology company working toward developing additives to amplify certain flavors and smells in foods. The company claims to have essentially “reverse engineered” the receptors in humans that react for taste and aroma, and that they are capitalizing on these discoveries to produce chemicals that make food taste better. Senomyx develops patented flavor enhancers by using “proprietary taste receptor-based assay systems.” These receptors have been previously expressed in HEK293 cells.

HEK stands for human embryonic kidney cells. These cells, originally come from a “healthy, electively aborted human fetus.” Using information from the human genome sequence, Senomyx has identified hundreds of taste receptors and currently owns 113 patents on their discoveries. Senomyx collaborates with seven of the world’s largest food companies to further their research and to fund development of their technology. Ajinomoto Co., Inc., Kraft Foods, Cadbury Adams, PepsiCo, Firmenich SA, Nestlé SA, and Solae all collaborate with Senomyx, but do not specify where its additives may be found in their products.

Senomyx’s products work by amplifying the intensity of flavors. Because very small amounts of the additive are used, Senomyx’s chemical compounds will not appear on labels, but will fall under the broad category of “artificial flavors.” For the same reason, the company’s chemicals have not undergone the FDA’s usual safety approval process for food additives. Senomyx’s MSG-enhancer gained the Generally Recognized as Safe (GRAS) status from the Flavor and Extract Manufacturers Association, an industry-funded organization, in less than 18 months, which included three months of tests on rats.

According to Senomyx’s website, it “received a positive review by the Joint FAO/WHO Expert Committee on Food Additives, which determined that there were no safety concerns with the use of the Company’s savory flavor ingredients in foods. The positive assessment by JECFA is expected to expedite regulatory approvals in a number of countries, particularly those that do not have independent regulatory approval systems.”

Senomyx’s revenues for the last quarter of 2007 were up 87% from the same period in 2006, and its stock prices are rising. CEO Kent Snyder reports that corporate goals include “continuing to achieve significant progress in all of our discovery and development programs such as regulatory approval for our S2383 sucralose enhancer and selection of a sucrose enhancer for regulatory development. We also expect expanded commercialization of food products containing our savory flavor ingredients and additional new business development accomplishments.”

The Obama Administration has given its blessing to PepsiCo to continue utilizing the services of a company that produces flavor chemicals for the beverage giant using aborted human fetal tissue. LifeSiteNews.com reports that the Security and Exchange Commission (SEC) has decided that PepsiCo’s arrangement with San Diego, Cal.-based Senomyx, which produces flavor enhancing chemicals for Pepsi using human embryonic kidney tissue, simply constitutes “ordinary business operations.”

The issue began in 2011 when the non-profit group Children of God for Life (CGL) first broke the news about Pepsi’s alliance with Senomyx, which led to massive outcry and a worldwide boycott of Pepsi products. At that time, it was revealed that Pepsi had many other options at its disposal to produce flavor chemicals, which is what its competitors do, but had instead chosen to continue using aborted fetal cells — or as Senomyx deceptively puts it, “isolated human taste receptors.”

A few months later, Pepsi’ shareholders filed a resolution petitioning the company to “adopt a corporate policy that recognizes human rights and employs ethical standards which do not involve using the remains of aborted human beings in both private and collaborative research and development agreements.” But the Obama Administration shut down this 36-page proposal, deciding instead that Pepsi’s used of aborted babies to flavor its beverage products is just business as usual, and not a significant concern.

“We’re not talking about what kind of pencils PepsiCo wants to use — we are talking about exploiting the remains of an aborted child for profit,” said Debi Vinnedge, Executive Director of CGL, concerning the SEC decision. “Using human embryonic kidney (HEK-293) to produce flavor enhancers for their beverages is a far cry from routine operations!”

Back in January, Oklahoma Senator Ralph Shortey proposed legislation to ban the production of aborted fetal cell-derived flavor chemicals in his home state. If passed, S.B. 1418 would also reportedly ban the sale of any products that contain flavor chemicals derived from human fetal tissue, which includes Pepsi products as well as products produced by Kraft and Nestle.

Sources for this article include: 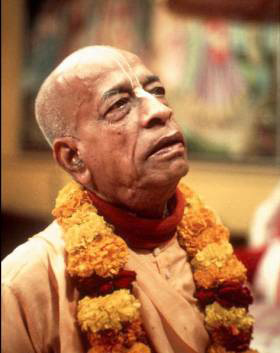 (They’ll eat everything. This godless civilization will lead people to such condition of life. Kadharya bhaksana kare, tara janma adho pate yaya. This life they will eat everything, all nonsense thing, and next life they become pig, cats, dogs. That’s all. This will be.

They’ll kill their own children and eat. That time is coming. Nature’s law is that you grow your own food. But they are not interested in growing food. They are interested in manufacturing bolts and nuts.

The killing process is so nice that it goes up to the point of killing one’s children. That is now happening. Killing business has so expanded that they are killing their own children. Just see the influence of Kali-yuga. The children, they take shelter of the father and mother, thinking very safe. Now, in this Kali-yuga, even there is no safety under the care of father and mother. Just see how this material civilization is progressing. Very, very dangerous. Kalau nasta-drsam. Therefore that Bhagavata verse is there,

Very, very abominable condition in this age of Kali. Very, very. It is the beginning of Kali. Now we have to pass through 427,000’s of years. Kali-yuga will make progress in that way. And people are now practicing eating their children, and at the end of Kali there will be no food available. They’ll have to eat the children just like the snakes do.)