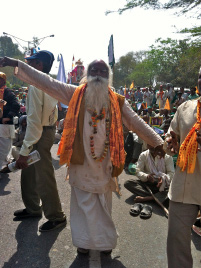 An old saint from Vrindavan, who had never set foot outside his town before, marches with the protest crowd as it reaches the borders of Delhi

Tens of thousands of villagers are marching toward Delhi to pressure the central government to save the Yamuna River, in one of the biggest protests against river pollution in India.

The protesters, whose numbers have fluctuated between 20,000 to 100,000 since they embarked on their journey on March 1, include men, women and children, mostly from Uttar Pradesh but also from Haryana and other neighboring states.

They started from Vrindavan, a holy town near Mathura on the bank of the Yamuna River, also known as the birthplace of the Hindu god Krishna. Ten days later, they have traveled north 140 kilometers (85 miles) to reach Delhi’s border, where they are camping in an open space. 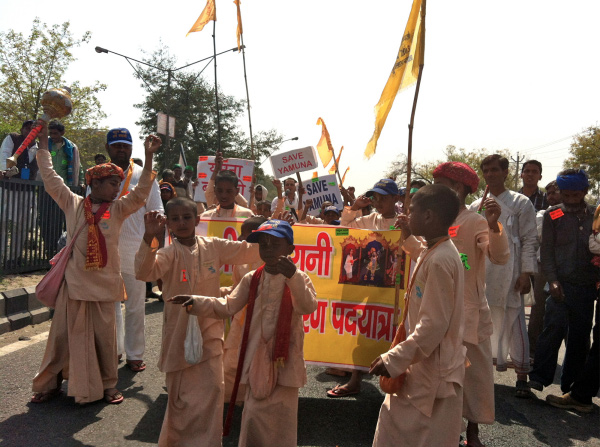 Brijbhasi children marching in protesting against the pollution of river Yamuna

The group leading the march is Yamuna Rakshak Dal (Save Yamuna Group), which consists of a large contingent of farmers and agricultural laborers and followers of Man Mandir, a religious organization based in Barsana, near Vrindavan. 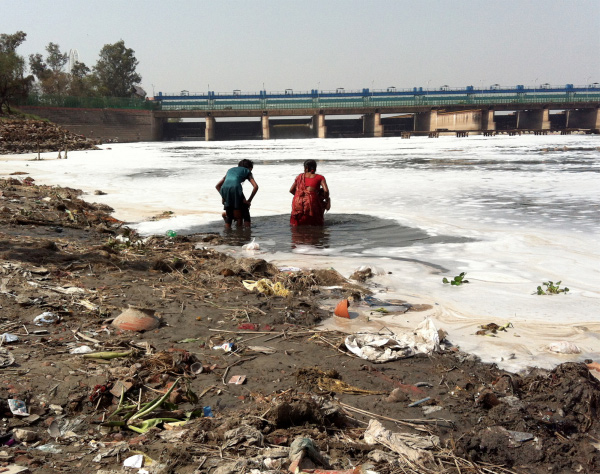