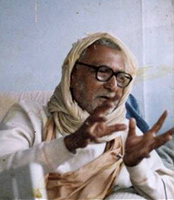 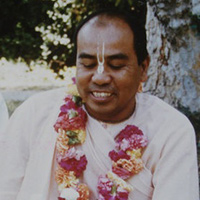 Bhakti Svarupa Damodara Svami: Dhira-Krsna Maharaja [Bhakti Sudhir Gosvami] is here, Jagat-Guru Maharaja (Swami B.G. Narasingha) is here from Vrndavana, and we have some students from the Bhaktivedanta Institute who would like to have your darsana, Maharaja.

Srila Sridhara Maharaja: All are welcome.

Bhakti Svarupa Damodara Svami: One of the points I have been seeking regarding our book is somehow the jiva is forced to stay within the temporary physical body –

Srila Sridhara Svami: He is not forced. The first starting point is that of free will. We have to accept that and we have to find that out. Otherwise God will be responsible for the jiva's misery.

The Absolute Truth does not create anyone’s sense of proprietorship, one’s actions or the result of those actions. All this is enacted by the modes of material nature. (Gita 5.14)

“I am not responsible for the suffering of the jiva. I am aloof. I am left with freedom and freedom is their intrinsic qualification.” Whatever is conscious, that is free. It depends on the magnitude. Anu-caitanya (minute consciousness) – freedom is also anu. The jiva is vulnerable and by a trace of their imperfect freedom they come to the world and nothing forces them. Then, when the jiva comes in cooperation with Maya, the force of maya is applied first. First is free will, and then Maya’s grasp takes him. In this way transaction with this world begins and not by the interference of the Supreme. It is by the small free will of the anu-caitanya, the defective consciousness. There are many –some coming this side, some coming that side from the marginal plane.

Bhakti Svarupa Damodara Svami: So at what point does the jivatma begin to recognize his use of free will in a very negative sense?

Bhakti Svarupa Damodara Svami: That is also dependent on free will?

Generally when the jiva is here, independent of his free will, the divine agent can help him. That is sukrti. The first stage is ajnata-sukrti – unknowing acquisition of the favor of the Lord through the sadhus. Just as when a patient is unconscious – the doctor may give an injection perhaps, then later the patient regains consciousness, cooperation begins and the treatment goes on. But when he’s unconscious, even at that point treatment is possible. So when the jiva becomes engrossed in material consciousness, the divine agents come and utilize his energy in some way for the Lord. Ajnata-sukrti means it is beyond his consciousness.

Then there is jnata-sukrti, then sraddha (faith) comes to the surface and then cooperation. When sukrti develops into the stage of sraddha, then there is cooperation of the sadhus and that is the development of proper spiritual life. But before that, there is work underground – that is ajnata-sukrti and that is done by the sadhus, the divine agents. 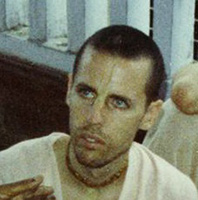 Dhira-Krsna Svami: Wherever there is Paramatma, is there the jivatma?

Dhira-Krsna Svami: In Brahma-samhita it says, andantara-stha-paramanu-cayantara-stham – in every molecule, or every atom, the Paramatma is there. In that condition is the jivatma unconscious?

The Supreme Person, who is known as the Super Consciousness (Paramatma), resides within this body. He is the witness of all things, the supreme authority, the provider, the maintainer and the ultimate controller. (Gita 13.23) 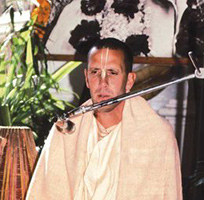 Jagat-guru Svami: How is it determined what form (body) a conditioned soul first receives when he contacts maya when he enters material existence?

Srila Sridhara Maharaja: When the jiva is within the Brahman conception, he has no individual consciousness – only a hazy consciousness. But when there is a push from the side of Maha-Visnu or Sada-Siva. Then from prakrti, Mahat-tattva arises – just as the first stage of life in the womb. In the womb, the non-differentiated body of the child is there – no body conception, no eye, no head, no hand, no leg etc. The first stage of the child is an embryo. The Mahat-tattva is like a big embryo and from there gradually the child’s nose, eye, hair, etc springs up.

The five-fold gist of the creation, then the five-fold common basic acquaintances is again divided – each divided into three – sattva, rajas and tamas. These five are divided into three – it becomes fifteen bifurcated material conceptions. Lastly there is earth, water, fire, air and ether – this is the grossest outcome, the product from prakrti. And the eye, ear etc – this is the middle, then sound etc. From ahankara there are five branches, among every branch there are three and then we ultimately find twenty-four categories. This is Sankhya philosophy that explains nature.

Jagat-guru Svami: Does the jiva first become a Brahma, an ant, a hog or a bird, etc.?

Srila Sridhara Maharaja: No, that is the basis first. All possibility in germinal form is there. In a non-differentiated form one cannot detect. The possibility, the product that we see, it was there, but in such a meagre conception, it cannot be detected. Even during maha-pralaya, when there is a complete withdrawal of the creation and it enters into the stage of prakrti, the whole thing in a nutshell is preserved there.

Everything is there in an undetectable way in prakrti. But the Supreme Lord can detect anything and everything everywhere. But to the ordinary understanding, it is beyond any knowledge and any experience. It is in such a germinal form.

We can say the possibility is there…something like that. It is very meager; it cannot be detected. We see non-differentiation in our everyday experience – it is there in the tree and the seed. The possibility of the tree is within a seed. The small seed is producing a big tree. It is beyond our knowledge.

But so much inquiry about the unessential is a bar against devotion. Brahma says:

Hatefully giving up all intellectual attempts to understand the Supreme Truth, those who want to realize You should completely surrender unto You. They should hear from self-realized devotees about Your holy name and transcendental pastimes. Whatever situation they may find themselves in, they should progress by fully dedicating their mind, body, and words to You. In this way the infinite, who is never conquered by anyone, becomes conquered through love. (Bhag. 10.14.3)

The Bhagavata discourages this sort of scrutinizing knowledge. There is no end. If you take up this path of knowing, the jnana-marga, it won’t help to take you to the real place. Only faith will help you.

It may help partly, to consolidate faith in the madhyama-adhikari at the beginning, but real help will come from the plane of faith. Brahma himself says, jananta eva janantu –“Those that are very proud of their intellect may know many things. Let them boast, those fools! But it is my conclusion that I do not know anything, O Lord. Your ways are infinite. Your every movement is infinite. So it is rather insanity to inquire about Your ways and nature. To pray for Your grace and to act with submission – that is the right way to come to our desired end. Jananta eva janantu – let them be proud of their knowledge of analyzing this thing and that thing. There is no end! They will study for lives together a particle of sand – no end!”

So don’t go that side – that is a wild-goose chase! Come direct through the favorite disciple of the Lord and begin service. Take up that and gradually go towards ananda-marga. Sac-cid-ananda – go directly towards ananda. Don't waste your energy in cit and sat. We are all desirous of getting ananda, fulfillment and ecstasy. Try to start your journey directly towards ananda, eliminating sat and cit.

To a certain extent, the help of sat and cit should be taken in – but only take so much and avoid the rest. No ambition should be fulfilled in their company. The intrinsic demand of your nature – that is for ananda, rasam, sukham – happiness. So direct your journey towards anandam…Krsna. And that is possible through devotion, dedication, and faith.