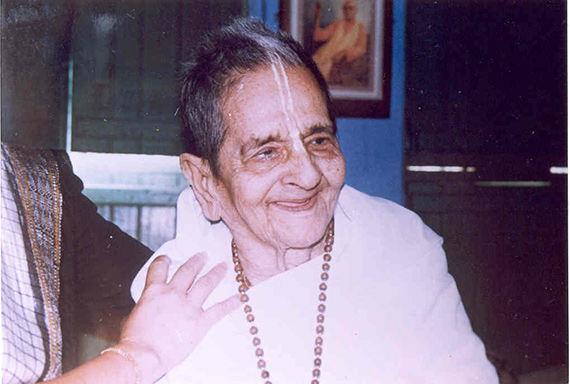 My lord and master, the abode of all divine qualities, appeared in the
village of Hapaniya in Sri Gaura-mandala.

The Nyayaratna Vidyapitha was a renowned place of learning, situated on the
banks of the Ganga who purifies the most fallen.

At that place there lived the best of the twice born, who was known as Sri
Upendra-candra ‘Vidyaratna’, who was composed and magnanimous.

This outstanding scholar was the sun of the Bhattacarya dynasty, always
preoccupied with the service of Laksmi-Narayana.

His wife was the most pure Gauri-devi. She was most saintly, the mother of
the universe and the mother of my master.

He appeared on 1817 Sakabda, on the twenty-sixth day of the month of Asvina,
on a Saturday.

At a time when the Sun and Mercury were in conjunction and the planets were
all in their most powerful positions, he took shelter of the same
astrological sign as Lord Ramcandra and appeared on the same day as the
appearance of Sri Viracandra Gosvami.

At the auspicious moment during Pusya-naksatra, on the ninth day of the month
of Karttika, Mother Earth became most fortunate as she kissed the lotus feet
of my lord.

His long arms reached to his knees and his form was beautiful and of the hue
of molten gold. As he lay in the lap of his mother, a wonderful divine
effulgence shone forth.

Seeing their son’s beauty, mother and father were struck with wonder.
Indeed, all the virtuous ladies who were present were also charmed.

That best of brahmanas recalled the appearance of Lord Ramcandra, thus he
named his son Ramendra-sundara.

The unparalleled beauty of the child pervaded the whole world. Day by day the
pure moon of Ramendra grew.

All could see as my master became a youth, that he enriched himself with the
supreme wealth of knowledge.

All those who saw his divine and pure form which was most effulgent showed
him the utmost respect.

He was completely full of devotion and steeped in renunciation, like a great
lake covered by moss.

Seeing his great detachment towards the material world which resembled that
of the great jnani Sukadeva Gosvami, his mother and father were in constant
anxiety.

“Our son will become a sannyasi; he will not remain at home. All the
symptoms of a great yogi and a great renunciate can be seen in him."

Feeling great bliss within, but externally manifesting sadness, after some
time the brahmana (Upendra-candra) passed away and became a resident of Sri
Vaikuntha.

Gradually, my master revealed himself, and by his own sweet will, he broke
all connections with the world and became a sannyasi.

Leaving home, he arrived in Mayapura, the place of Sri Gauranga's appearance
which is comprised of supreme bliss and spirituality.

In order to deliver the fallen, he accepted the order of sannyasa from Srila
Bhaktisiddhanta Sarasvati Prabhupada.

He is the Guardian of Devotion and the personification of sankirtana,
therefore his guru gave him the name 'Sridhara' (one who possesses the
greatest wealth).

As the saviour of the most fallen, he took the form of a tridandi-sannyasi
and wandered from place to place to distribute love for the holy name.

Delivering the most wretched sinners, he showered nectar throughout the world
in the same way as Lord Gaurahari.

All glories, all glories to the savior of the most fallen, the best of
masters, the crown-jewel of sannyasis, Srila Bhakti Raksaka Sridhara Deva
Gosvami.

I offer unlimited obeisances unto your lotus feet. Be merciful unto me and
destroy my terrible bondage of karmic reactions.

I am drowning in the waters of this material ocean. Kindly deliver this
fallen soul and give me a place at your lotus feet.

I offer my obeisances unto the holy day of your appearance – the ninth day
of the dark moon, who was most fortunate to kiss your lotus feet.

I offer my eternal obeisances unto the dazzling sun of the lotus-like
Bhattacarya dynasty, Sri Ramendra-sundara, the son of Upendra-candra
Vidyaratna.

I attentively offer my obesisances unto Mother Gauri-devi, whose lap was
effulgent with the appearance of my lord and master.

With great bliss, I offer my obeisances unto the feet of all the auspicious
personalities who have a connection with my master.

All of you please be merciful and bless me so that, without any obstacle, I
may attain the mercy of my lord and master.

For more information on Srimati Krsnamayi, please refer to issue one of Gaudiya Touchstone
http://gaudiyatouchstone.net/gaudiya-touchstone-premier-issue-oct-2011