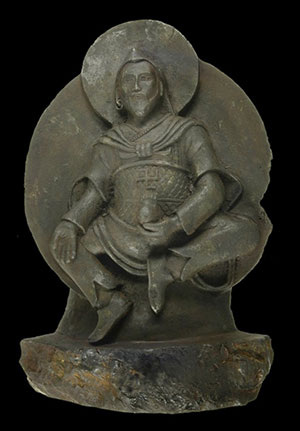 Researchers at University of Stuttgart have found out that a priceless Buddha statue brought back by Nazi expedition in 1930 known as the 'Iron Man' was carved from a meteorite which crashed to the Earth 15,000 years ago.

According to media reports, the analysis of the statue shows that it is made from an incredibly rare form of nickel-rich iron present in falling stars.

The statue was stolen from Tibet during the Second World War.

On his chest is a Buddhist swastika, a symbol of luck that was later co-opted by the Nazi party of Germany.

The chemical analysis of samples from the statue reveals that it came from the Chinga meteorite, which crashed in the area of what is now the Russian and Mongolian border around 15,000 years ago.