In spite of the inclement weather, Calcutta witnessed a historic gathering of more than ten thousand people in the Saraswat Sraban Sadan assembly hall where a public reception was held under the presidency of the Maharajadhiraj Sir B.C. Mahtab Bahadur, G.C.I.E.K.C.S.I.I.O.M.L.L.D. of Burdwan to present an address on behalf of the citizens of Calcutta to Tridandi Swami B.H. Bon Maharaj, who, with the two German devotees, Herr Baron H.N. von Koeth and Herr Ernest George Schulze, returned from his preaching tour in Europe.

Swamiji was sent on a mission tour on behalf of the Gaudiya Math by His Divine Grace Paramahansa Srimad B.S. Saraswati Goswami Maharaj to represent the culture of devotional cult of Sree Chaitanya amongst the Western savants.

The Hon'ble Prince Akram Hossain in proposing the Maharajadhiraj Bahadur to the chair, appealed to his co-religionists to sink their differences and to live as brothers of the Hindus as sons of the common motherland. Mr. Santosh Kumar Bose, ex-Mayor of Calcutta in course of his speech appealed to his countrymen to hear the message of great Chaitanya as expounded by the Gaudiya Math which is doing yeoman's service since its foundation in the city of Calcutta for the propagation of the religion of Love of Lord Chaitanya.

Tridandi Swami B.H. Bon Maharaj while replying to the address said: "You can well understand how deeply touched I am by the great honor you have shown me by this gathering. As you know, I was sent by my Mater to represent to the people of the West the excellence of India so that there can be a greater possibility of mutual understanding between India and the West. It is often said that religion has been the cause of misfortunes of present India, but from my personal experience I feel, may be I am wrong, that it is not religion which has brought degradation to any country or people, but it is religion which really upholds the supremacy and, as a matter of fact, the life of any nation. In Europe it is true that about half a century before we could see a greater number of people filling the benches in the cruch which were often found to be left vacant when the bishop was giving his sermon from the pulpit. But this did not convince me that there could be no genuine seeker after truth with a greater amount of sincerity. In the spiritual life, it is not the number that counts much, but it is the genuineness and earnestness of the individual souls that is of a greater importance. In India also, I feel that it is not religion, but a misconception of religion, which might have been indirect cause of her material degradation. On the other hand i feel pride to call myself Indian and with that honest pride I say that India an really today stand before the whole to speak of her superiority in the domain of religion… 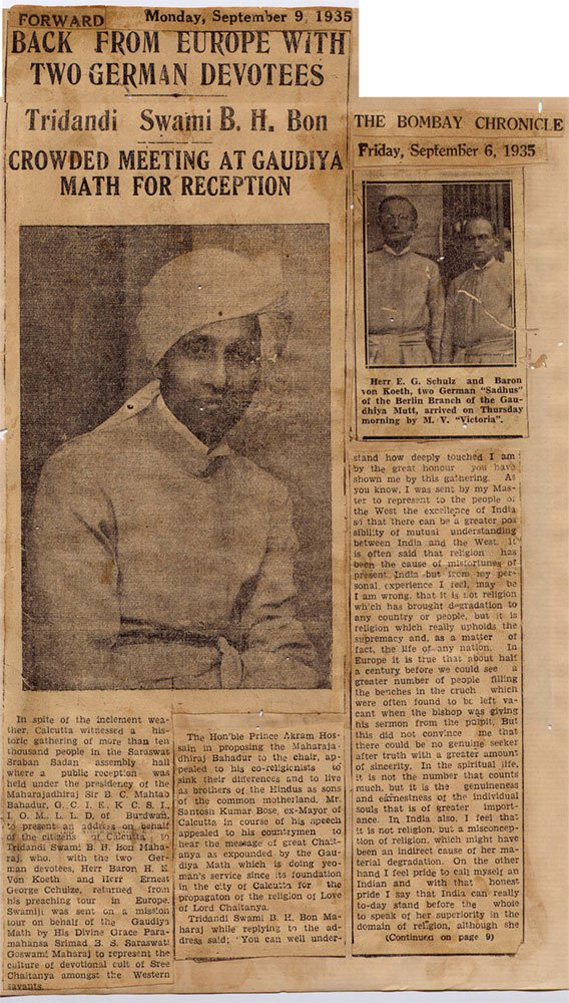