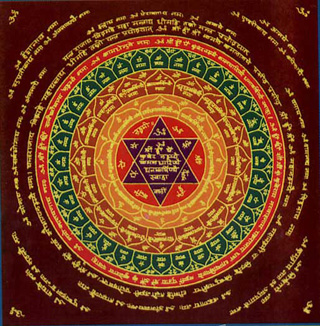 The modern historical scientists' linear concept of time strikingly resembles the traditional Judaeo-Christian concept, and it strikingly differs from that of the ancient Greeks and Indians. The cosmological ideas of several prominent Greek thinkers included a cyclic or episodic time similar to that found in the Vedic literature of India.

For example, we find in Hesiod's Works and Days a series of ages (gold, silver, bronze, heroic, and iron) similar to the Indian yugas (ages). In both systems the quality of human life becomes progressively worse with each passing age. In On Nature, Empedocles speaks of cosmic time cycles. In Plato's dialogues, there are descriptions of revolving time and recurring catastrophes destroying or nearly destroying human civilization. Aristotle said often in his works that the arts and sciences had been discovered many times in the past. In the teachings of Plato, Pythagoras, and Empedocles on the transmigration of the soul, the cyclical pattern extends to individual psycho-physical existence.

When Judaeo-Christian civilization arose in Europe, another understanding of time became prominent — time going forward in a straight line. Broadly speaking, this concept of time involves a unique act of cosmic creation, a unique appearance of human beings, and a unique history of salvation, culminating in a unique denouement, the last judgment. The drama occurs only once. Individually, the life of a human being mirrors this process; so, with some exceptions, orthodox Christian theologians rejected transmigration of the soul.

Modern historical sciences share the basic Judaeo-Christian assumptions about time. The universe we inhabit is a unique occurrence: Humans arose once on this planet; the history of our ancestors followed a unique though unpredestined evolutionary pathway; and the collapse of the "Big Bang" universe will bring everything to a close.

One is tempted to propose that the modern account of human evolution is a Judaeo-Christian heresy that covertly retains fundamental structures of Judaeo-Christian cosmology, eschatology, and salvation history while overtly dispensing with the scriptural account of divine intervention in the origin of species, including our own.

The Vedic Calculation of Time: The Vedic concept of time is cyclic, rotating in cycles of four yugas:

This yuga cycle totaling 4.32 million years is also called a maha- or divya-yuga. One thousand such cycles, 4.32 billion years, make up one day of Lord Brahma, the demigod who governs the universe. Such a day of Brahma is called a kalpa. Each of Brahma's nights lasts as long as his day. Life is manifest on earth only during the day of Brahma. With the onset of Brahma's night, the entire universe is devastated and plunged into darkness. When another day of Brahma begins, life again becomes manifest.

The life span of Brahma is identical with the duration of the universe. This time span, called a maha-kalpa, is also the duration of one breathing in and out of Maha-Vishnu, the Personality of Godhead. Maha-Vishnu lies down within the ocean of causality and sleeps. He is eternal, and He dreams the material world in His cosmic slumber. When He exhales, all the universes emanate from the pores of His skin, and a Brahma is born within each universe. When He inhales, Brahma dies, and He sucks the universes into His mouth and destroys them. With each exhalation, the entire process starts anew. This cycle goes on eternally and is therefore also called eternal time.

The four yugas can also be calculated in demigod years:

The Vedic Puranas describe the four yugas as follows:

Satya-yuga, or the golden age, is the ideal age, characterized by virtue, wisdom, religion, and practically no vice or ignorance. Humans do not hate or envy each other, nor do they ever feel anxious, fearful or threatened. They solely worship the one Supreme Personality of Godhead, hear the one Veda, obey the one law, and practice the one religious process — meditation on the Supreme. People live for about 100,000 years.

In Treta-yuga vice is introduced. The good qualities that humans had in Satya-yuga reduce by one third. People introduce religious rites, sacrifices, and ceremonies. They start to act with fruitive desires, expecting a reward for their work and religious activities. They live for a maximum of 10,000 years.

In Dvapara-yuga uprightness is only half of what it was in Satya-yuga. The Vedas are divided into four parts, and only a few people study them. Sensual desires and diseases begin to well up, and injustice spreads in human civilization. People live for a maximum of 1000 years.

In Kali-yuga only one fourth of human uprightness remains and gradually reduces to nil as the age progresses. We now live in Kali-yuga, the iron age, the most degraded of the four ages (kali literally means "quarrel and hypocrisy").

In this age men are short lived and have less intelligence. They are especially lazy in performing their spiritual duties and exceedingly slow to surrender to the Lord. They are misled, frustrated and, above all, always disturbed. The qualities of religion (truthfulness, cleanliness, forbearance and mercy) and the qualities of life (intelligence, duration of life and bodily strength and beauty) all diminish. The maximum duration of human life is 100 years, and even that is rare.

Where We Are Now

According to the Vedic scriptures, we are now in the first day of the second half of the life of Brahma (even he gets old, and he is now 50). Within this day of Brahma, we are in the seventh manvantara (of Vaivasvata Manu), in the 28th turnover of its 71 yuga cycles.

Modern astronomy calculates the beginning of the present Kali-yuga at 2:27a.m. on February 20th in the year 3102 B.C.