Almost one month ago an incredible work started on the banks of Yamunaji in Vrindavan, in the area between Keshi Ghat and Madan Mohan Ghat. 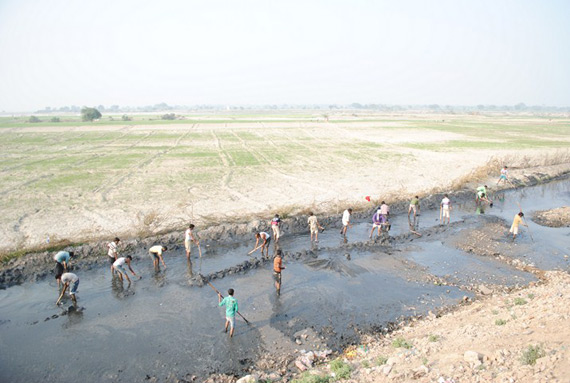 The flyover-pillars which were built two years ago, would have resulted in the diversion of the Yamuna water away from Vrindavan entirely. This is the only place where Yamuna Devi still makes contact with the town and ghats. The pillars that remain are still resting on raised ground and blocking the flow of the water towards Keshi Ghat. This situation is untenable for the future of Vrindavan.

K.P.S. Gill, resident of Keshi Ghat, sent three petitions signed by over a hundred people each to the District Magistrate asking him to do something about the sewage in front of Keshi Ghat. He said: "Because the administration does not seem interested in doing anything, we took matters into our own hands and decided to do our own work to bring the Yamunaji back to the ghats". 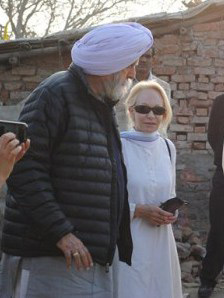 K.P.S. Gill and Chandi Heffner, who are leading and financing this project

In the begining the work started with two groups of over thirty men. One of the groups worked in the vicinity of Madan Mohan where the nali from Koshi joins the Yamuna, and the second group worked in front of Cheer Ghat. 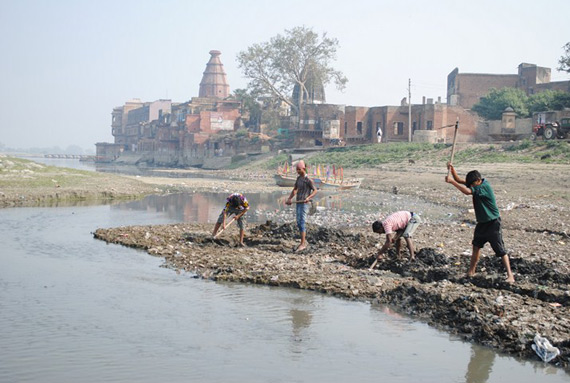 Group of workers in front of Cheer Ghat

Different organizations, groups, ashrams and individuals have been supporting this effort. Even Gaudiya Math leaders like Pujyapad Sadhu Maharaj, acharya of the Imlitala Gaudiya Math, came to show their support. 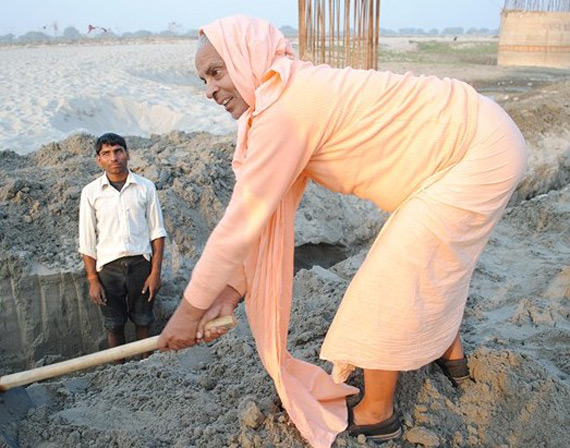 During these weeks we have posted several albums of pictures showing the progress of the work on the channel digging bringing water to Keshi Ghat:

Nowadays, the first goal is reached, both channels, the one which brings water from the nali of Koshi and the channel with Yamuna water has a strong flowing and both joined in front of Jay Singhera area. 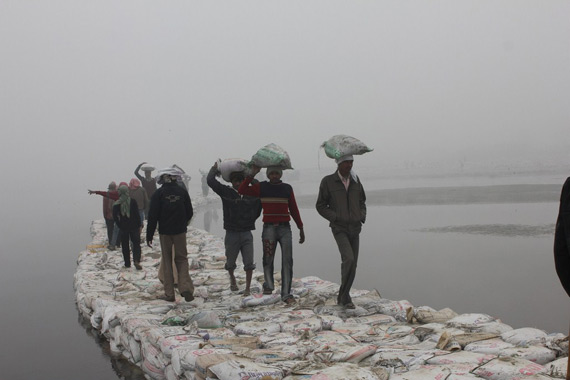 More than 500 people are still working in this historic effort to bring Yamuna ji back to the original Ghats of Vrindavan. Two JCB “mahabali” back hoe machines are also on the job. The goal is that the greater part of the river’s flow will be diverted to Keshi Ghat. 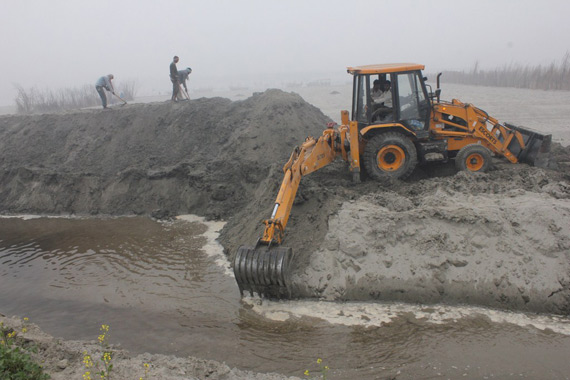