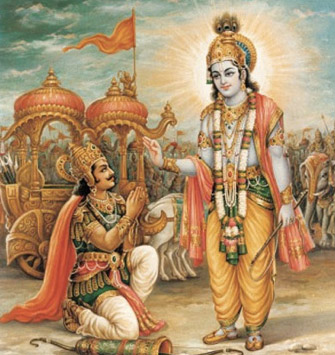 Moscow: India has strongly taken up the demand for banning Hindu scripture the Bhagavad Gita, which a group linked to the Christian Orthodox Church has described as 'extremist', with the Russian authorities, Indian Ambassador to Russia Ajai Malhotra said.

"The matter has been taken up by the Indian Embassy in Moscow with the Russian Government at senior official level, seeking its favourable and positive intervention in the matter," Ambassador Malhotra said, as the court in Tomsk postponed its ruling on the petition banning Bhagwad Gita as 'extremist' and allegedly 'sowing' social-discord in Russia.

Describing the Bhagwat Gita as extremist, a group linked to the Christian Orthodox Church has demanded ban due to conflict of interests between the Russian followers of Lord Krishna and the local authorities in the Siberian region of Tomsk.

Malhotra personally and his mission here have been publicly expressed their support to the local chapter of International Society of Krishna Consciousness (ISKCON).

The final hearing in the Tomsk District Court is scheduled for December 28, as the Court agreed to seek the opinion of the Russian Ombudsman on Human Rights in Tomsk Region and of Indologists from Moscow and St Petersburg (all of whom favour dismissal of the case).

The case pertains to the legal relationship between a Russian registered socio-cultural organization and the local authorities. Nevertheless, the Embassy in Moscow has been publicly supportive and sympathetic in the matter.

Malhotra has maintained regular, close contact with top ISKCON representatives in Moscow, besides attending the Janamashtami celebrations at the ISKCON temple on August 21, and visiting the ISKCON temple with Minister of Tourism Subodh Kant Sahay on September 24.

Speaking in his capacity as the Chief Guest at last Janamashtami – the birthday of Lord Krishna – revered by the Hindus as Christmas by Christians, Ambassador Malhotra called the Gita "perhaps the most important scripture that you can find in the world which through Lord Krishna's message to Arjuna teaches us selfless service to God and humanity."

The translation by AC Bhaktivedanta Swami Prabhupada, is, I believe, one of the best that you can find, because he gives you the words, the meanings, and the options to understand it as it was written – not through any intermediaries," he had said and allowed the defendants to produce his public remarks in their submission to the Tomsk Court.
ISKCON, Moscow, was also informally suggested by the Indian Mission to hire the best legal representation in Tomsk, co-opt established Russian Indologists to provide affidavits or evidence during the Court's proceedings.

Meanwhile, ISKCON has shelved its plans to set up a community near a village in Tomsk region, which is believed to be the root cause of friction between the local Orthodox Christians and followers of Lord Krishna, Tomsk.ru city news portal reported.