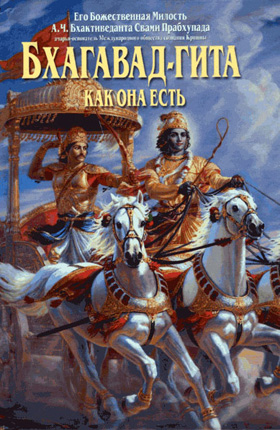 Devotees in Tomsk, Siberia, are currently in court fighting an attempt by the Russian government’s Federal Security Service (FSB) to prove that Srila Prabhupada’s Bhagavad-gita As It Is is an extremist literature that should be banned.

It all began in May 2010, when an officer of the Tomsk FSB division approached Sergey S. Avanesov, the dean of the philosophy department at Tomsk University, and asked him for his “expert assessment” of the Bhagavad-gita As It Is.

Interestingly, Avanesov also teaches at the Russian Orthodox Church’s Tomsk Seminary. And in 2009, when the new patriarch was elected, he was one of the four representatives of the Tomsk diocese at the Church’s Council.

“It’s clear that the attempt to ban Bhagavad-gita is an effort to establish the religious monopoly of the Russian Orthodox Church,” comments Vackresvari Dzyubenko, a concerned Russian devotee living in Mayapur, India.

From May until October 2010, Avanesov and two other professors at Tomsk University worked on their assessment of the Bhagavad-gita.

Then in June 2011 a public prosecutor named Viktor Fedotov—once again on the request of the FSB—sent an application to the Leninskiy district court in Tomsk, asking to declare the third Russian edition of Bhagavad Gita As It Is an extremist literature.

During the hearings that followed, it became clear that the prosecutors had no objective proof for their case.

“Fedotov failed to answer the simple question, ‘Who will become inimical, and towards whom, after reading Bhagavad-gita As It Is?’” says Akincana Vitta Dasa of the North European BBT, publishers of the Gita. “And when two Orthodox Christian scholars were interviewed in court, even they answered explicitly that there were no extremist ideas in Bhagavad-gita As It Is.”

After three hearings, on August 12th, August 18th, and August 29th to 30th of this year, the court found Avanesov’s team unqualified and the results of their examinations inconclusive. 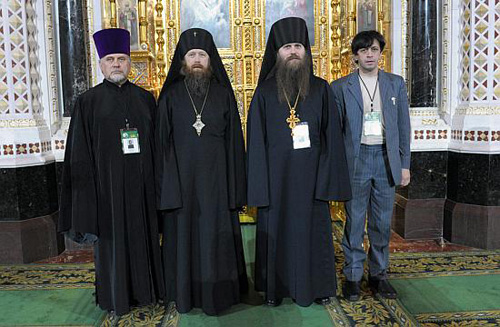 Sergey S. Avanesov (on the far right) failed to provide objective proof that the Bhagavad-gita As It Is was extremist literature

“However, the FSB—who had a representative present at all the hearings—as well as the anti-cultists from the Russian Orthodox Church are trying to attain their goal by all means,” says Akincana Vitta. “So the court has now called for three other “experts” from the University of Kemerovo, another Siberian city, to make their own psychological, religious, and linguistic assessment of the Gita.”

It’s not encouraging that this group previously deemed other religious groups’ spiritual literatures to be extremist, including the Jehovah’s Witnesses’, and succeeded in getting them banned.

In response, ISKCON’s legal team, including ISKCON Tomsk’s lawyer Alexander Shahov, and ISKCON Russia’s head lawyer Maha-Balarama Dasa, suggested that the assessment be carried out by more qualified professors in Moscow or Ekaterinburg. Their request, however, was denied.

The University of Kemerovo professors will have three months to carry out their assessment, and the next hearing will take place in Tomsk in early December.

Meanwhile, ISKCON’s defense has contacted independent experts who will also present their own assessment.

If ISKCON loses the case, devotees will be forbidden to publish, distribute and keep the third Russian edition of Bhagavad-gita As It Is. On the positive side, the BBT would be free to simply publish a new Russian edition of the book that would not be subject to the court-ordered prohibition. However, ISKCON devotees and all other followers of Hinduism would still be labeled “extremists,” which is a serious concern.

“Recently a court in Russia declared the Jehovah’s Witnesses’ literatures to be extremist, on the recommendation of the same Kemerovo University professors that are currently assessing the Bhagavad-gita,” Akincana explains. “And as a result, police are now raiding the homes of Jehovah's Witnesses all over the country, and criminally prosecuting them when they find the ‘offending’ literatures. In a town called Taganrog, the Jehovah’s Witnesses’ local religious organization has been officially banned, and their temple building confiscated by the State.”

While such prosecution of devotees by the government is a very real concern should the Bhagavad-gita be declared extremist literature, the court case has elicited the support of the media and of local and international politicians.

News articles with headings along the lines of “Court Case Over Indian Holy Book Has Dishonored Tomsk to the Whole World” abound, even on Tomsk’s official news site. Various democratic freedom fighters have written in favor of ISKCON and the Bhagavad-gita, including Former World Chess Champion and current political activist Garry Kasparov.

At the recent Janmastami celebrations at ISKCON Moscow, Mr. Ajai Malhotra, the new Indian Ambassador to the Russian Federation, called the Bhagavad-gita “Perhaps the most important scripture that you can find in the world,” and said that through Lord Krishna’s message to Arjuna it teaches us selfless service to God and humanity.

He added, “The translation by A.C. Bhaktivedanta Swami Prabhupada, is, I believe, one of the best that you can find, because he gives you the words, the meanings, and the options to understand it as it was written—not through any intermediaries.”

This statement was met with rapturous applause from the devotees, as well as from the Nepali and Mauritian ambassadors, who attend the Moscow Janmastami every year.

Public support of ISKCON is also at an all-time high as a result of the court case.

“People are disgusted with the Orthodox Church attacking all other religious groups,” Akincana says. “They say that having a court case against a book is crazy and shameful and brings us back to the Middle Ages—especially since the case is against a book that is accepted as a holy scripture by hundreds of millions.”

He adds: “Another interesting twist is that all this commotion around the Bhagavad-gita As It Is has been a great advertisement for it! Many people who were not interested in it before, are going out and buying it because they are intrigued and want to see what all the fuss is about.”

Still, the future of the Bhagavad-gita As It Is and those who follow its teachings in Russia is now uncertain.