The President and the Swami had a beautiful, heartfelt talk for several minutes. It is special that last year Radhanath Swami was invited to meet with the President of India, Ms. Pratibha Patil. We feel that the two meetings signal an auspicious spiritual connection between the United States of America and Mother India. 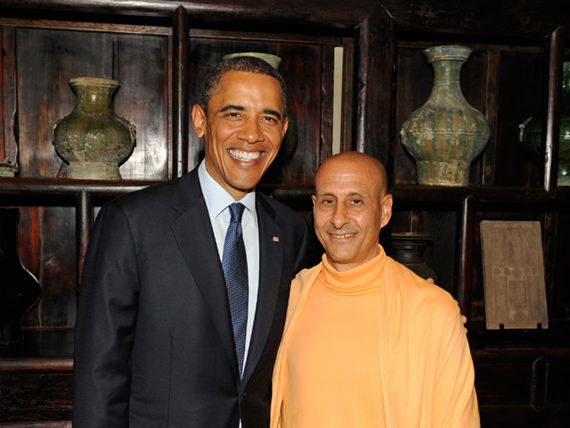 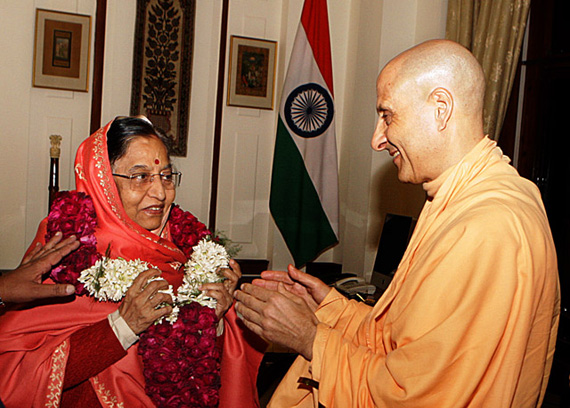