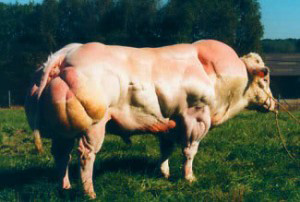 The e.coli outbreak in Germany is raising alarm worldwide as scientists are now describing this particular strain of e.coli as "extremely aggressive and toxic." Even worse, the strain is resistant to antibiotics, making it one of the world's first widespread superbug food infections that's racking up a noticeable body count while sickening thousands.

Of course, virtually every report you'll read on this in the mainstream media has the facts wrong. This isn't about cucumbers being dangerous, because e.coli does not grow on cucumbers. E.coli is an intestinal strain of bacteria that only grows inside the guts of animals (and people). Thus, the source of all this e.coli is ANIMAL, not vegetable.

But the media won't admit that. Because the whole agenda here is to kill your vegetables but protect the atrocious practices of the factory animal meat industries. The FDA, in particular, loves all these outbreaks because it gives them more moral authority to clamp down on gardens and farms. They've been trying to irradiate and fumigate fresh veggies in the USA for years. (http://www.naturalnews.com/023015_f…)

Meanwhile, scientists have been cracking the code of this particular lethal strain of e.coli. Microbiologists from the University Clinic Hamburg-Eppendorf now say "A preliminary analysis pointed to possible reasons for this strain of E. coli's extreme aggressiveness and resistance to antibiotics. In addition, it can now be researched how this new type of E. coli strain developed, why the strain can spread at great speed and why the illness it unleashes is so serious." (http://sg.finance.yahoo.com/news/Ki…)

Complete blackout of the obvious source of this new strain

The mainstream media is predictably pretending it has no idea where this new strain came from. They're all scratching their heads and just focusing on the "killer cucumbers" which is of course a particularly lame bit of disinfo.

Want to know where this e.coli really came from? The abuse of antibiotics in factory animal farms.

Factory animal farm operations, you see, raise cattle, pigs and chickens in such atrociously bad and dirty conditions that they have to pump them full of antibiotics just to avoid the rapid spread of infection. This constant dosing with antibiotics creates the perfect breeding ground for superbugs in the guts of these animals.

Then, these animals defecate and drop billions of e.coli bacteria with their stools which are then collected and used as crop fertilizers. So the crops are actually grown in this stuff that's contaminated with animal fecal matter containing antibiotics-induced superbugs.

The veggies grown in the e.coli fertilizer then get shipped to supermarkets, where people buy the produce and fail to wash it properly. Once they consume it, the e.coli goes to work in their own guts which are largely devoid of friendly flora because many people are also on antibiotics which wipe out their own intestinal flora, creating a perfect environment for food borne infection.

That's when people start dying, you see. It's all basic cause and effect.

So, you see, antibiotics play a double role in this tragedy: They're widely abused throughout the animal ranching industry, and they're also widely abused by doctors treating human patients. And yet the media is just strangely reluctant to print this obvious fact. They almost outright refuse to tell readers the truth: E.coli superbugs are an antibiotics problem, not a vegetable problem!