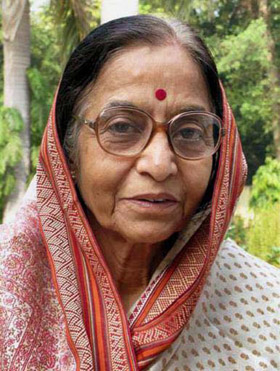 “Education without values is like a flower without fragrance”, said Pratibha Devisingh Patil, President of India, while inaugurating the 6th All India Students’ Conference on ‘Science and Spiritual Quest’ (AISSQ-2011) at New Delhi`s Vigyan Bhawan. Then she continued: “Education should impart values to the youth that makes them sensitive to fellow human beings, and the environs around them and can prepare them to become responsible citizens. Values provide an anchor in life, as well as the ability to take difficult decisions. If students are equipped with right value base, along with the capabilities created by science and technology, they will serve society with devotion and commitment, creating prosperity and happiness.” The President further added: “Universities, medical universities and agricultural universities, should engage themselves in socially relevant research and innovations that can bring benefits to the people and the country. The education system must look at the holistic development of the youth of the country.”

The three-day conference was organized by the Bhaktivedanta Institute, Kolkata in association with the Delhi Technological University (DTU) from March 12-14, 2011.

The theme of this year’s conference was “Integrating Capabilities with Values”.

Speaking on the occasion, Ms. Dikshit remarked: “Indian professionals have done commendable work in all spheres, largely because of their sound knowledge base and also because of their grit, determination and strength of mind. We may have become more professional in our attitude and score high in our PQ (Performance Quotient) but it is equally important to have sound Emotional Quotient (EQ) and now widely acknowledged Spiritual Quotient (SQ), for a balanced personality. Lord Buddha has rightly said: Just as a candle cannot burn without fire, men cannot live without a spiritual life”.

Applauding DTU and Bhaktivedanta Institute for organizing a national conference on a topic of concern, Dr. Jadhav said, “India is marching towards becoming an economic super-power, which has become possible primarily because of two reasons – unleashing of great potential and advancements in science and technology. However, for holistic development and overall betterment of society it is important to nurture human values, concern for environment, professional ethics and care and concern for all.” Emphasizing that spirituality should be nurtured right from a young age, Dr. Arber in his address highlighted that it is our orientation knowledge, developed during the formative years, which influences our decisions in life.

Gopal Krishna Swami spoke about the similarities between science and spirituality. “Science brings man closer to God. There are scientists who believe that human life without God is a failure. Science and Vedas both offer us knowledge. Vedas guide us that we should be content with what we have. The mankind’s greed for unlimited facilities is leading to degradation of environment,” he said.

Earlier, Prof. Sharma said, “Science & Technology create capabilities but we often stop at that without the care and concern to inbuilt the necessary human touch, care for nature, and above all love and respect for the vast diversity of creation. The modern education system has moved away from our age-old tradition of integrating knowledge with values, where a man of knowledge and capabilities was expected to practice his knowledge and expertise with utmost devotion and service orientation. The privilege of the profession was to be the `privilege to serve and privilege to excel` rather than the `privilege to earn and privilege to exploit` as it often becomes, because of professionals disconnecting values from capabilities. We need to rebuild our modern university education to provide this vital connect between capabilities and values.”

Prof. Mishra also emphasized that against the normal notion that Science and Spirituality are adverse to each other, logically and scientifically they complement each other. “It is important to have a balance between the two for a brighter future,” he added.
The inaugural function was followed by a special address by Dr. Arber on “Scientific Notions and Traditional Wisdom on the Evolution of the Universe and of Life” and “Paintal Memorial Lecture” by Dr. Vishwa Mohan Katoch, Secretary to the Government of India, Department of Health Research & Director General.

Padma Shri Vijay K. Saraswat, Director General, DRDO and Padma Bhushan Ms. Manju Sharma, Ex-Secretary, Dept. of Bio-Technology, New Delhi, were among other dignitaries who shared their views on the occasion.
More than 400 social, scientific and spiritual thinkers and students from leading academic institutions from India and abroad participated in AISSQ-2011.