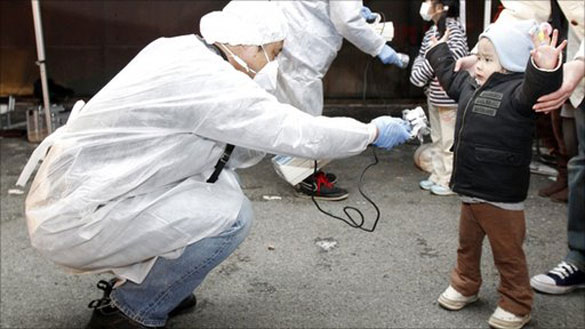 The critical failure in Japan's Fukushima nuclear plant following a devastating earthquake has raised concerns over the safety of Indian atomic power generators — particularly the proposed Jaitapur that falls in a seismically sensitive area in Maharashtra. Anti-nuclear activists have been questioni ng the safety of the Jaitapur plant, which according to the earthquake hazard zoning of India, comes under Zone III – a moderate risk zone – on the scale of I to V. But this is disputed.

Activists arguing against the project say the Geological Survey of India, in a reply to a Right to Information (RTI) application, revealed that the site and the surrounding area experienced 91 tremors between 1985 and 2005, ranging from 2.9 to 6.3 on the Richter Scale and the area falls in Zone IV.

Fears about the safety of Indian civil nuclear plants increased as Japan scrambled to avert a disastrous meltdown at Fukushima plant that was damaged when a massive earthquake and tsunami struck the northeast coast, killing over 1,000 people.

An explosion at the stricken 40-year-old reactor caused a leak and radiation was detected in the surrounding area. The radiation inside the plant was measured at 1,000 times the normal level, forcing the government to evacuate hundreds and thousands of people from the region.

But the authorities in India say there was nothing to worry about.

The government-owned Nuclear Power Corporation of India Ltd, which operates all nuclear plants in India, said the reactors in the country were adequately safe to meet any emergency.

S K Malhotra, who heads the public awareness division of the Department of Atomic Energy, said the Indian plants "are designed to operate safely, even in the unlikely event of any accident".

"It is so strong that the plants can even withstand a missile strike. All modern nuclear reactors, including those in India, are designed and built strong enough so that the fuel inside the reactor does not spill out."

He said that in case of an accident or a disaster, the design of the plants is made such "that the reactor automatically goes into safe mode, switches itself off but continues cooling the plant". This prevents leakage, he said.

Nuclear scientist and former secretary of Atomic Energy Regulatory Board (AERB) K.S. Parthasarathi is confident that "the country (India) will stand" any calamity.

"Our reactors may not be ready for a 8.9-magnitude quake, but what is the probability of this happening in India," Parthasarathi told IANS.

"This magnitude earthquake may happen only in the Himalayan region and that is one of the reasons we are not going to build any reactor there."

But activists are not convinced.

Karuna Raina, nuclear and energy campaigner for NGO Greenpeace, is of the view that "if Japan that is so prone to quakes and had all the safety measures couldn't do it, so cannot we".

"One thing is sure that a nuclear power plant is inherently risky and seismic zones make them more risky. You can prepare for the worst but your plans are always according to what you think could be the worst. Japanese couldn't have imagined the failures their plant suffered," Raina said.

Japanese plants were said to be earthquake resistant and best prepared in the world for disaster "but see what happened", she said, referring to the explosion in Fukushima prefecture after the reactor's cooling system failed following the earthquake.

Raina pointed out that most of Indian nuclear plants are in coastline, making them prone to accidents in case tsunami hits India.

"If nuclear power plants couldn't withstand the calamity there (in Japan), the risk is obvious elsewhere," said Huzefa Merchant, who also works for Greenpeace. 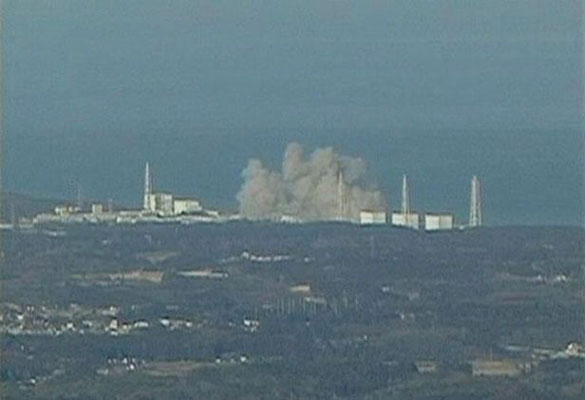 An explosion at the Fukushima 1 atomic power plant has raised fears of a nuclear catastrophe in Japan on Saturday following a massive earthquake and tsunami a day earlier.