Recent studies suggest that it is possible to provide the world’s energy fully with renewable energy sources by 2030. The main prerequisite is strong political will in achieving such a goal.

Powering the world fully with renewable would imply gigantic projects:

In a report that was published in an issue of the Journal of Energy Policy, the author Mark Delucchi says that the world’s renewable energy is sufficient to power 100 percents of earth’s energy needs. He even claims that this can be achieved within 2030.

Mark Jacobson and Delucchi removed all the fossil fuel sources of energy in their estimation. The research was focused on how geothermal, wave, solar and wind sources could power the world’s energy demand. It is a huge step. Currently, fossil fuels generate approximately 80 percents of the globe’s energy supply. Even biomass and nuclear energy weren’t included in their calculations. Nuclear energy currently provides 6 percents of the energy on earth while biomass represents a large renewable source of energy as well.

Their vision could be realized but a lot of constructions would have to be implemented. The wind turbines that they used in the research are roughly 2 to 3 times larger than typical wind turbines. However, these 5 MW offshore wind turbines have been constructed in Germany since 2006 and the first of its kind was built in China in 2010.

According to Jacobson, the greatest obstacle is the intermittency of solar and wind energy. However, using a combination of renewable sources would assure that volatility of energy supply remains reasonably stable. For instance, adding more geothermal, tidal and wave power systems would assure better consistency of energy supply.

Jacobson works at Stanford University’s Department of Civil and Environmental Engineering while Delucchi works for the Institute for Transportation Studies at the University of California. Before the Copenhagen climate meeting in 2009, they began to analyse the possibility and the potential of fully transition towards renewable energy sources. They had a very persuasive article published in the Scientific American.

In their analysis, most of the resources required for the renewable transformation is present. The main hurdle is the rare availability of materials such as neodymium – usually used in the production of magnets. This bottleneck could be tackled by expanding global mining and by applying better recycling methods. It could even be possible to develop these rare materials. The only restrain that is impossible to overcome is the political will. 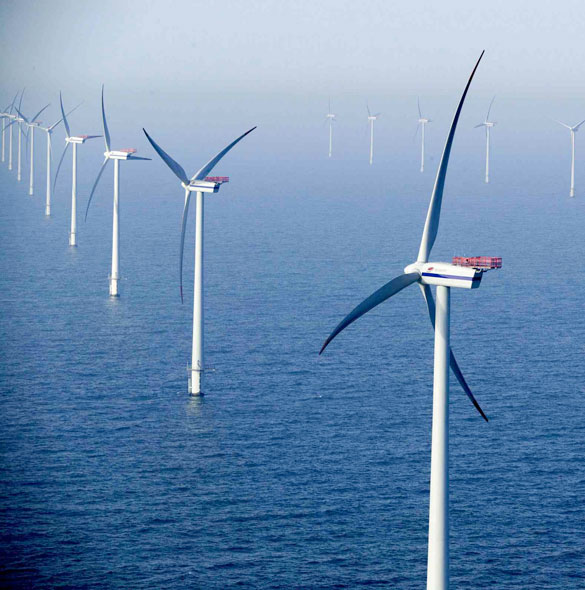