The West has much to learn from the wisdom traditions of India. Having exposed most of the rest of the world to our own traditions, and having largely abandoned them ourselves, we now need to learn from others; to put aside our swords and guns, our computers and microscopes, our cars and televisions, and have the courage and the vision to journey to new territory where these seemingly indispensable aids may be of little value.

Reincarnation is a good example of a teaching which has been largely ignored by Western civilization, despite the fact that it has existed in one form or another in the unofficial religions of Europe. It is important because it stresses the equality of all life forms and their transience too. It does not support the human-centred culture of the West which permits human society to terrorize the animal kingdom and dominate the cycles of nature for its own convenience. Nor does it support the empire-building mania of the European societies who wanted to possess as much of the world as they could, believing that they only had one life in which to do it all. It is these attitudes that have encouraged us in our present path of industrial and technological war upon nature and the world.

Reincarnation and other knowledge of the spirit is taught by the Vedas, the sacred books of the Hindus. They contain the collected wisdom of the Vedic culture, the world’s oldest living civilization, which in modern times has come to be known as Hinduism.

Western civilization considers human life to be sacred, but Hindus have gone much further and said that not only human life but all life is sacred. Therefore all life forms, not just human beings, must be revered and respected. This is the reason for being vegetarian, which is ecological in the deepest sense.

Hinduism is a holistic religion. It is a way of life rather than a religion or a set of beliefs. It includes economic life, sexual life, political life – everything is part of Hindu religion. 'Religion' is a Western word, and so is 'Hindu'. A correct description is 'Sanatan Dharma'. Sanatan means eternal, and dharma means the true state. The dharma of fire is to burn; the dharma of water is to quench thirst. So 'sanatan dharma' means to find the true, everlasting state of being, the eternal path. Hindus (we call them Hindus, but we mean the Indian people) are searching for the dharma of the soul, the meaning of life. That is the quest.

The Isa Upanishad says it all. Nature is sacred, all life is sacred, the whole earth is sacred. That is the Hindu contribution. Western industrial life has become desacrilised. The only sanctity left is human life. We have to push the frontier beyond human and include the whole earth. Earth is our mother, earth is goddess, earth is Kali, earth is Parvati, earth is Sita, Earth mother – and she is the home of God. 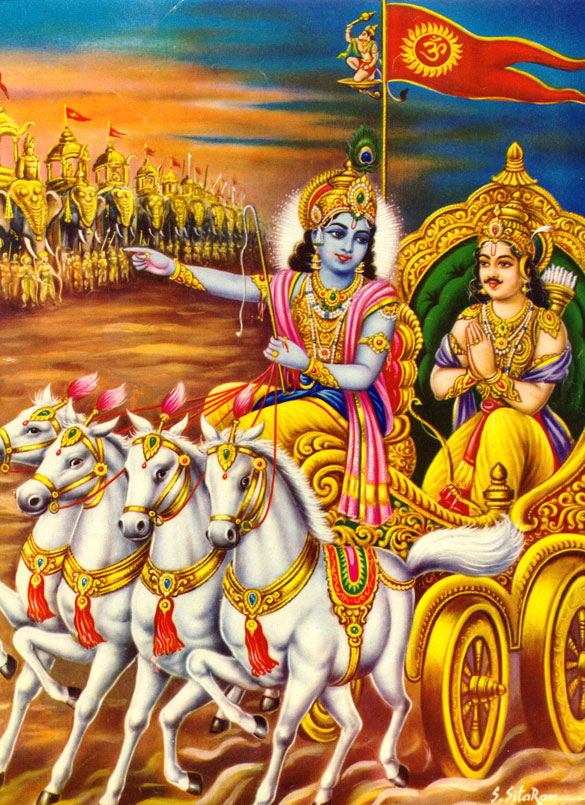