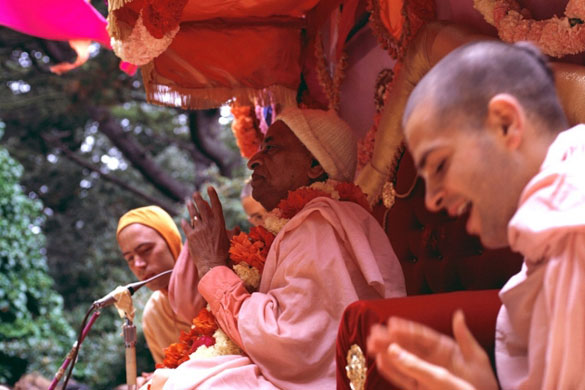 Who cares if the government raises the retirement age? Retirees will not need those Social Security benefits if they follow in the footsteps of these late bloomers, all of whom reached the apex of their careers during the years when conventional wisdom says their best chances should have passed. Newsweek takes a look at some of the world's most impressive late-life success stories.

A. C. Bhaktivedanta Swami Srila Prabhupada's spiritual journey began early in life, but it wasn't until he went to New York from India in 1965 that the Hare Krishna phenomenon went global. Prabhupada, 69 years old at the time and holding about $7 to his name, made the trip alone from India to America on an ocean freighter. Soon after, he founded the International Society for Krishna Consciousness, the organization through which he recruited more followers to the denomination known as the Hare Krishna Movement. The movement was rooted in Hindu culture but embraced the idea of a single God. Prabhupada began touring the world on lecture tours, circling the globe 14 times in 11 years. In the photo, he speaks in San Francisco's Golden Gate Park in 1969. He eventually wrote more than 70 books before he died in 1977 at 81. Today the ISKC says it has more than 1 million followers worldwide.

Source (Among the fourteen most successful "late-bloomers" Prabhupada is mentioned as the fifth.)