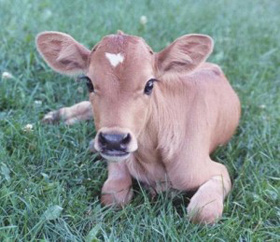 People will need to consider turning vegetarian if the world is to conquer climate change, according to a leading authority on global warming.

In an interview with The Times, Lord Stern of Brentford said: “Meat is a wasteful use of water and creates a lot of greenhouse gases. It puts enormous pressure on the world’s resources. A vegetarian diet is better.”

Direct emissions of methane from cows and pigs is a significant source of greenhouse gases. Methane is twenty-three times more powerful than carbon dioxide as a global warming gas.

Lord Stern, the author of the influential 2006 Stern Review on the cost of tackling global warming, said that a successful deal at the Climate Change Conference in Copenhagen in December would lead to soaring costs for meat and other foods that generate large quantities of greenhouse gases.

He predicted that people’s attitudes would evolve until meat eating became unacceptable. “I think it’s important that people think about what they are doing and that includes what they are eating,” he said. “I am sixty-one now and attitudes towards drinking and driving have changed radically since I was a student. People change their notion of what is responsible. They will increasingly ask about the carbon content of their food.”

Lord Stern, a former chief economist of the World Bank and now I. G. Patel Professor of Economics at the London School of Economics, warned that British taxpayers would need to contribute about £3 billion a year by 2015 to help poor countries to cope with the inevitable impact of climate change.

He also issued a clear message to President Obama that he must attend the meeting in Copenhagen in person in order for an effective deal to be reached. US leadership, he said, was “desperately needed” to secure a deal.

Stern said that he was deeply concerned that popular opinion had so far failed to grasp the scale of the changes needed to address climate change, or of the importance of the UN meeting in Copenhagen from December 7 to December 18. “I am not sure that people fully understand what we are talking about or the kind of changes that will be necessary,” he added.

Up to 20,000 delegates from 192 countries are due to attend the UN conference in the Danish capital. Its aim is to forge a deal to reduce greenhouse gas emissions sufficiently to prevent an increase in global temperatures of more than two degrees centigrade. Any increase above this level is expected to trigger runaway climate change, threatening the lives of hundreds of millions of people.

Lord Stern said that Copenhagen presented a unique opportunity for the world to break free from its catastrophic current trajectory. He said that the world needed to agree to halve global greenhouse gas emissions by 2030 to twenty-five gigatons a year from the current level of fifty gigatons.

UN figures suggest that meat production is responsible for about 18 percent of global carbon emissions, including the destruction of forest land for cattle ranching and the production of animal feeds such as soy.

Lord Stern, who said that he was not a strict vegetarian himself, was speaking on the eve of an all-parliamentary debate on climate change. His remarks provoked anger from the meat industry.

Jonathan Scurlock, of the National Farmers Union, said: “Going vegetarian is not a worldwide solution. It’s not a view shared by the NFU. Farmers in this country are interested in evidence-based policymaking. We don’t have a methane-free cow or pig available to us.”

On average, a British person eats fifty grams of protein derived from meat each day—the equivalent of a chicken breast or a lamb chop. This is a relatively low level for a wealthy country but between 25 percent and 50 percent higher than the amount recommended by the World Health Organization.

Su Taylor, a spokeswoman for the Vegetarian Society, welcomed Lord Stern’s remarks. “What we choose to eat is one of the biggest factors in our personal impact on the environment,” she said. “Meat uses up a lot of resources and a vegetarian diet consumes a lot less land and water. One of the best things you can do about climate change is reduce the amount of meat in your diet.”

The UN has warned that meat consumption is on course to double by the middle of the century.

This article originally appeared in the Timesonline.uk in 2009.