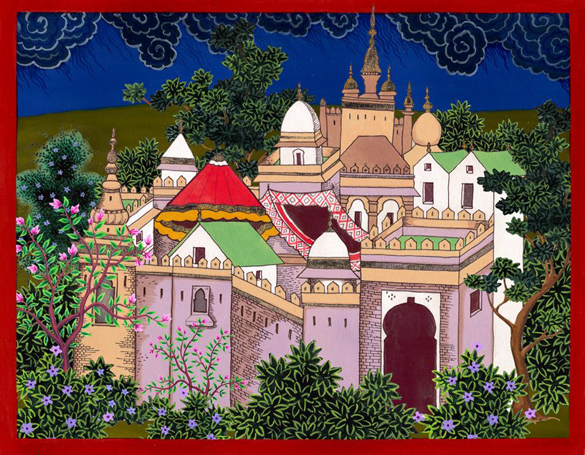 Reactions coming from all parties on recent Ayodhya verdict, including the following two responses.

Ayodhya is Emblematic of Indian Democracy

Is it the end of the saga? After a battle of almost 125 years, a high court in India has passed judgment in the suit "The Sunni Central Board of Waqfs UP Lucknow & Others Versus Gopal Singh Visharad and Others", filed in 1989. The first suit in this matter was filed in 1885. In this latest judgment, the three-judge special bench of the Allahabad high court declared that the title suit filed by the Sunni Waqf Board had been dismissed. Two of the three judges – Justices Sudhir Agarwal and DV Sharma – concurred in the judgment, while Justice SU Khan differed with the majority view.

The gist of the historic judgment is that the disputed site – on which stood the Babri mosque destroyed by a rampaging Hindu crowd in 1992 – is, indeed, the birthplace of Lord Rama, the Hindu god-king who is the hero in the Indian epic Ramayana. The majority opinion is that the mosque was constructed by Babur, the Muslim conqueror who laid the foundation for the Mughal dynasty of India. But, they said, the mosque was built against the tenets of Islam and therefore could not "have the character of a mosque". More importantly, they said the "mosque" was constructed on the site of an older Hindu structure that was demolished. The judges based this on the evidence provided by the archaeological survey of India.

It is hoped the Allahabad high court judgment will put an end to the machinations of those who have for decades sought to impede the potential for compromise. The court has decreed that the contested site be divided and distributed among the three contending parties.

A quick summary of the history of the legal battle is in order. Hindu groups, led by the Vishwa Hindu Parishad (World Hindu Council), submitted evidence in 1990 to the All India Babri Masjid Action Committee (AIBMAC), set up on behalf of the Indian Muslim groups laying claim to the Babri mosque site, in support of the Hindu contention that it was their holy site. It asked for negotiations that would enable both parties – Hindus and Muslims – to arrive at a compromise. The AIBMAC experts ignored it. This intransigence and political gamesmanship led to the terrible events of 6 December 1992 when the mosque was destroyed by a rampaging mob who were goaded on by leaders of the Hindu political/religious groups behind the movement to reacquire the disputed site to construct a temple for Lord Rama.

The destruction of the Babri mosque led to the publication of numerous books and commentaries worldwide, mostly critical of the Hindu groups. Some commentators doubted the sources for the claim that there stood a temple at the spot the Babri mosque was constructed. The argument was that many of the sources, showing evidence for the temple, were British, and it was a British ploy to divide Hindus and Muslims. Leftist historians challenged the historicity of Rama, while other historians provided evidence that showed Ayodhya must have been an important centre since at least the time of Skanda Gupta, about 1,500 years ago.

They also provided evidence, from Muslim sources, that the temple that stood in Ayodhya was razed 500 years ago and a mosque constructed over it.

But the razing of the mosque had certain consequences: it was no longer a rallying point for Hindu votaries, and the destruction was used by Muslims as evidence of Hindu hatred. Every year, on the anniversary, there were shouting matches in the Indian parliament to enable politicians to grandstand and curry favour with their voters, and to establish their "secular" credentials.

The modern story of Ayodhya is emblematic of Indian democracy – which is messier than most other democracies – but India is a much more complex and larger country than most, struggling with contentious history, millennia old. Thus, it is commendable that on the day the high court gave its verdict, schools, offices and markets remained open in the state of Uttar Pradesh, home to the small town of Ayodhya. Alas, the saga may not end here, as the Muslim plaintiffs want to appeal to the Indian supreme court. We will have to wait and see.

And a related article from Aarefa Johari, Hindustan Times:

Community leaders in the city responded to the Ayodhya verdict with varying degrees of satisfaction. While most Muslim leaders confessed to some disappointment and are looking forward to the case going to the Supreme Court (SC), they also acknowledged the Allahabad High Court's attempt to pacify both parties.

"The verdict was a good effort by the judges to bring India together, but more of a reconciliation than a judgment based on merit," said Maulana Burhanuddin Qasmi, editor of Islamic magazine Eastern Crescent, who believes there is no historical evidence of Babur ever visiting Ayodhya or building a mosque there.

"But there is also no concrete evidence of Ram being real or mythological, so the judges should not have declared the spot as his birthplace," said Qasmi.

Maulana Mehmood Daryabadi, general secretary of the All-India Ulema Council, said, "We welcome RSS chief Mohan Bhagwat's appeal to not look at this verdict in terms of victory or defeat." He is glad that the Muslims are to get one third of the land but wants to take the fight further to the SC.

Prominent members of the Hindu community were also moderate in their reactions. "The judges have arrived at this verdict after much deliberation. We are neither regretful nor overwhelmed by it, but we respect it," said Braja Hari das, Temple President of Juhu's ISKCON temple.

Meanwhile Joseph Dias, secretary of the Catholic Secular Forum, said that it is the fundamentalists in each community that should be kept out. "The verdict is a new beginning. The Centre should take control of building both a mosque and a temple at the site," Dias said.