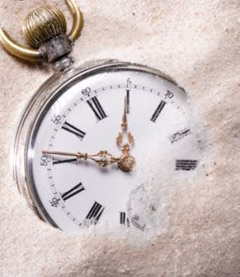 In one of his past lives, Dr. Paul DeBell believes, he was a caveman. The gray-haired Cornell-trained psychiatrist has a gentle, serious manner, and his appearance, together with the generic shrink décor of his office — leather couch, granite-topped coffee table — makes this pronouncement seem particularly jarring.

In that earlier incarnation, “I was going along, going along, going along, and I got eaten,” said Dr. DeBell, who has a private practice on the Upper East Side where he specializes in hypnotizing those hoping to retrieve memories of past lives. Dr. DeBell likes to reflect on how previous lives can alter one’s sense of self. He, for example, is more than a psychiatrist in 21st-century Manhattan; he believes he is an eternal soul who also inhabited the body of a Tibetan monk and a conscientious German who refused to betray his Jewish neighbors in the Holocaust.

Belief in reincarnation, he said, “allows you to experience history as yours. It gives you a different sense of what it means to be human.”

Peter Bostock, a retired language teacher from Winnipeg, Manitoba, says that in the early 1880s he managed a large estate — possibly Chatsworth — in Derbyshire, England.

In a twist that would make Jane Austen blush, he thinks he was in love with the soul of his current wife, Jo-Anne, then embodied as a cook in the estate’s kitchen. Married to someone else, Mr. Bostock could not act on his feelings.

He says he and his wife share the kind “of attraction and recognition that a soul makes when it encounters the familiar.” In that spirit, the couple traveled last month to Rhinebeck, N.Y., where they and more than 200 others paid $355 each to attend a weekend seminar run by one of America’s pre-eminent proselytizers on the subject of reincarnation, Dr. Brian Weiss.

On this second, sweltering day of the seminar, Dr. Weiss, a 65-year-old Florida resident with a hawk-like visage and placid blue eyes, was wearing a polo shirt the color of robins’ eggs. He took a break from teaching and, over a healthy lunch, reflected on the rise of interest in the West in reincarnation. Like Dr. DeBell, he is a psychiatrist with an Ivy League pedigree (Columbia University and Yale Medical School).

Dr. Weiss was censured by the medical establishment in 1988 after he published “Many Lives, Many Masters.” In it he details his work with a patient he calls Catherine, who, under hypnosis, the book says, remembered multiple past lives, relieving her of paralyzing phobias. It has sold more than a million copies.

Now, Dr. Weiss said: “Doctors are e-mailing me. They’re not so concerned with their reputations and careers. We can talk about this openly. And it’s not just psychiatrists, but surgeons and architects.”

According to data released last year by the Pew Forum on Religion and Public Life, a quarter of Americans now believe in reincarnation. (Women are more likely to believe than men; Democrats more likely than Republicans.) Julia Roberts recently told Elle magazine that though she was raised Christian, she had become “very Hindu.” Ms. Roberts believes that in her past life she was a “peasant revolutionary,” and said that when her daughter sits in a certain way she knows “there’s someone there I didn’t get the benefit of knowing … It’s an honor for me to continue to shepherd that.”

At Cannes in May, a Thai film about reincarnation, “Uncle Boonmee Who Can Recall His Past Lives,” won the highest prize. In it, an old man on his deathbed sees the dead as vividly as the living, and his past life as an ox is as clear as his present one.

In religious terms, the human narrative — birth, life, death and rebirth — has for millennia been relatively straightforward in the West. You were born. You lived. You died. After a judgment you went to heaven (or hell) forever and ever. Eternity was the end: no appeals allowed.

But nearly a billion Hindus and a half-billion Buddhists — not to mention the ancient Greeks, certain Jews and a few Christians — have for thousands of years believed something entirely different. Theirs is, as the theologians say, a cyclical view. You are born. You live. You die. And because nobody’s perfect, your soul is born again — not in another location or sphere, and not in any metaphorical sense, but right here on earth.

Gadadhara Pandit Dasa, Columbia University’s first Hindu chaplain, called it “a re-do,” like a test you get to take over. After an unspecified number of tries, the eternal soul finally achieves perfection. Only then, in what Hindus call moksha (or release), does the soul go to live with God.

Lisa Miller, the religion editor for Newsweek, is the author of “Heaven: Our Enduring Fascination With the Afterlife.”