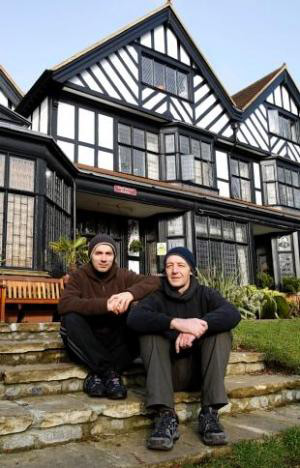 Haiti volunteers from Aldenham have started cooking thousands of meals for earthquake survivors, despite a difficult first week.

They flew out to a base in Santo Domingo in the Dominican Republic, on January 27, to set up a vegan food camp with about 30 other volunteers from around the world.

Speaking to the Watford Observer, Vaikun

“We had great difficulties entering Haiti. We couldn't find the security base, in the end the Indian UN and Police Chaplain from Ireland had to help us.

“Now we are giving out 1650 meals of fresh hot food, and will double that number soon. Sanitation is a big problem, the rain season has started so there is the danger of cholera.

“People need homes but this will take many years, they are staying in tents under the hot sun at the moment.”

The movement is part of a programme run by Food For Life Global, a not-for-profit organisation run by the Hare Krishna movement to bring food to survivors of disasters across the world.

Mr Krishna, who has been a member of the temple for the past 18 years, first went to help survivors of the Sri Lankan Tsunami in 2004. He worked for three-and-a-half months on camps cooking for up to 2,000 people per day.

He works as a beekeeper and farm labourer, and bought his plane ticket after being sponsored by his friends.

The volunteers will be under the protection of the military and assisted by larger aid agencies such as CARE, OXFAM and the Red Cross.