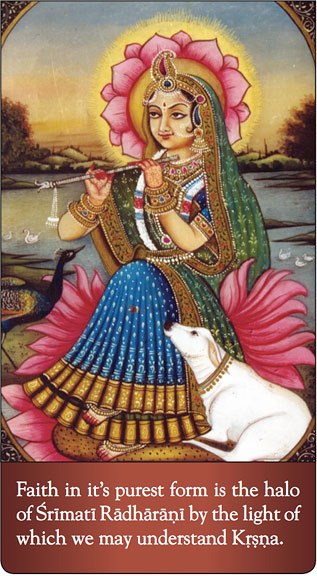 How can one define faith? Is it a feeling or a function of the brain? Or is it just unfounded belief? The English word ‘Faith’ is associated with many things. The word is used to define a trust or belief in someone or something, but more commonly it is used in association with religion and God.

The definition of the word faith in the unabridged Oxford Dictionary is:

2- Strong belief in a religion.

3- A system of religious belief.

The English word faith originates from the latin word fideis which comes from the ancient Greek word pistis. In Greek mythology Pistis was the spirit of trust, honesty and good faith. She was one of the benevolent spirits that escaped from Pandora’s box who then fled back to heaven and abandoned mankind. Her Roman counterpart was Fides, the goddess of trust. Fides actually has nothing to do with the concept of faith, as we know it today. Fides meant reliability or a sense of trust — it was a virtue that was expected in all good people. It was only later during the early Christian period that fides came to denote faith in the Christian sense of the word.

Presently, faith suggests a strong belief in something with no supporting evidence or empirical proof. When there is something that cannot be seen with the naked eye or understood by our senses, then it is generally discounted as something nonexistent or to be taken on faith. The reality of this world is that so much of it is based on faith. There are many things with which the individual has no direct experience of, yet he considers these to be true on the basis of faith. This idea can be illustrated by the knowledge that a child gains from the parents. The child will typically hold the parents as a credible source of information even without sufficient research to prove their credibility. The child’s belief in the parents teaching is based on the faith that their teachings are credible. In order to be taught something, a person has to have faith in a teacher. This can even be said of scientific knowledge. One must have faith that the researcher or scientist responsible for an empirical conclusion is competent, and trustworthy. Thus in every instance of life, faith is required in order to attain knowledge of any kind.

As people place their faith in scientific conclusions and evolutionary theories, they fail to take many things into account. If one observes the method in which scientific research is conducted, generally it begins with various theories and presuppositions — almost everything is changeable or disposable. Scientific theories have been revised, rethought and proven wrong throughout history. To place one’s faith in this guessing game can be a disappointing venture.

We, as humans, are limited by the senses that our body comes equipped with. People relate so much with their bodies and senses that it becomes almost impossible to think outside of the small realm of experience that we have access to. The senses are only able to perceive things that are situated in the realm of gross matter. This is a most mundane approach to acquiring knowledge, one that leaves out all subtle and invisible elements. Even in the realm of gross matter, so much of it cannot be perceived with our limited senses. We cannot perceive things that are too small (like the atom), things that are hidden (like the stars in the daytime) or even the latent potential of a certain element (such as the potential of milk to become yogurt).

According to the Vedic way of thinking there are four defects present in all people:

1) Bhrama — We are subject to illusion. This means that one may perceive one thing to be another. A classic example of this is someone who sees a piece of rope lying on the ground and mistakes it for a snake. This illusion also extends to one’s own self. We are in illusion about our identity. We have forgotten our spiritual position and have begun to identify ourselves with this temporary body.

2) Pramada — We have the tendency to make mistakes. Everyone makes mistakes arising from carelessness or inattention. When we are not focused on a particular task then we end up making mistakes.

3) Vipralipsa — We have the desire to deceive. This desire arises when one finds it advantageous to exploit someone or withhold the truth from another.

4) Karanapatva — We have imperfect senses. Every single one of our senses is limited. Each sense organ is limited to one function (our eyes can only see, our ears can only hear, etc). Even within the limitation of the particular function they are meant to perform, they are defective. The capacity of our senses is greatly impaired by different circumstances (insufficient light or the distance of the object from the viewer). Even under ideal circumstances these senses can provide imperfect information.

In Sanskrit the word for faith is sraddha. Sraddha comes from two root words srat + dadhati, meaning that which leads to truth and reality. There are two types of faith to be obtained by the individual. One is transcendental faith (paramarthika-sraddha) and the other is mundane faith (laukika-sraddha). If one places their faith in mundane knowledge, then it will be tainted with the defects of human nature (as stated above).

Transcendental faith is standing on more sturdy ground because the conclusions that are drawn from it are coming from a higher source free from material defects. Some may argue that it is not a rational way of thinking to have belief in a Creator or to have belief in the theory of intelligent design. Yet it would seem to be a more rational conclusion to attribute the multi-dimensional complexity of the universe to a intelligence beyond our own. Is it rational to put your faith in so many inconclusive theories that would have you believe that the universe was generated from random particles colliding with each other and evolving over the millennia?

Most of the evolutionary theories are outdated, inconclusive or have been proven wrong. For so many years people take these theories as facts proven by in depth scientific study, then when proven as incorrect they are replaced with new ideas and theories — is that where we want to place our faith? A sincere person seeking the truth should not be satisfied with these ideas and should search in a wider spectrum with an open mind.

In order to compound one’s faith, one must have a foundation of knowledge, otherwise there is a risk of blind faith. The Vedic scriptures tell of three ways in which a person attains knowledge. The first and most common is called pratyaksa or direct perception. Much of our basic learning comes from direct experience of the world around us. There are two types of pratyaksa, external (knowledge acquired through the senses) and internal (to perceive emotions within ourselves such as pain, pleasure, love and hate). Everyone accepts pratyaksa as a valid medium with which to obtain knowledge but it is not always reliable for several reasons. It is limited to the present (you cannot have direct experience of the past or the future), it is limited to material things (spiritual elements cannot be perceived with material perception) and it is also limited by imperfect senses.

The second is called Anumana or inference. This means to reach a conclusion based on evidence, reasoning and prior experience. There is an example in the Vedas of ‘fire on the mountain.’ One sees that there is smoke rising from the mountainside and thinks, “There is fire on the mountain.”

There are five steps taken in order to reach this conclusion:

1) Pratijna (Proposition): There is fire on the mountain.

3) Udaharana (General principle and example): Where there is smoke there is fire

4) Upanaya (Application): There is smoke over the mountain

5) Nigamana (Conclusion): Therefore, there is a fire on the mountain.

Through the evidence at hand, reasoning and prior experience, a person will reach the conclusion that there is a fire on the mountain, despite not directly seeing fire.

This process is also not free of faults, because it still involves the imperfect senses. One could mistake a fog bank or cloud to be smoke. If the reason is wrong then the conclusion is also wrong.

Then the third is called Sabda. Sabda means to hear from a person who is a trustworthy authority on a particular subject matter. Sabda can refer to any authority on any subject (i.e. a history teacher is an authority on the subject of history). However, a deeper meaning of sabda refers to knowledge of reality that is coming from a reliable source free from the four defects of human nature. This is known as apauruseya-sabda, meaning it has no human origin and is untainted by material defects. Apauruseya also means that which is eternally existing without beginning. The Vedic literatures are apauruseya as they are handed down through an unbroken disciplic succession from their eternal and untainted source, Krsna. This is the strong link to pure knowledge.

Paramarthika-sraddha (transcendental faith) should be our only concern. Because, through this faith we can advance our understanding and spiritual capacity. However, sraddha is only the first step in spiritual advancement.

Sri Rupa Gosvami, one of the foremost teachers in the disciplic succession of the Gaudiya Vaisnavas describes the stages of advancement required to attain self-realization in the following verse:

In the beginning one must have faith and the desire for self-realization. This will bring one to the stage of trying to associate with persons who are spiritually elevated. In the next stage one becomes initiated by an elevated spiritual master, and under his instruction the neophyte devotee begins the process of devotional service. By execution of devotional service under the guidance of the spiritual master, one becomes free from all material attachment, attains steadiness in self-realization, and acquires a taste for hearing about the Absolute Personality of Godhead, Sri Krsna. This taste leads one further forward to attachment for Krsna consciousness, which is matured in bhava, or the preliminary stage of transcendental love of God. Real love for God is called prema, the highest perfectional stage of life. (Bhakti-rasamrta-sindhu 1.4.15-16)

Faith is the basis of all things and as we advance spiritually then our faith also develops and grows. In Vedic philosophy faith is not an abstract or impersonal concept, it is not a state of mind but an energy that stimulates the heart and confirms the spiritual path for the devotee. Faith in its purest form is the halo of Srimati Radharani, by the light of which we may understand Krsna.

Sraddha, faith, is the most subtle thing, and it is also the most tangible. It is not imaginary. We must realize that it is reality, it is concrete, and not merely an abstract sentiment of mere individual consciousness. Faith is universal as the most fundamental element that can connect us with the finest objective. (Srila Bhakti Raksaka Sridhara Maharaja)