"The Gopis have fallen into a great ocean of separation and are being devoured by the Timingila fish of their ambition to serve You. The Gopis must be delivered from the mouths of these Timingila, for they are pure devotees. Since they have no material conception of life, why should they aspire for liberation? The Gopis do not want that liberation desired by yogis and jnanis, for they are already liberated from the ocean of material existence." (Cc. Madhya 13.142)

The above verse is quoted from Caitanya-caritamrta, Madhya-lila 13.142, wherein Sri Caitanya Mahaprabhu equates the Gopis as having fallen into a great ocean and that they are being devoured by their ambition to serve Krsna. Mahaprabhu compares their ambition to the legendary Timingila fish. The Timingila fish is said to have lived in the oceans of this planet as the greatest predator ever known.

This article is not about Krsna, the Gopis, or their intense desire to serve Him. This article is about the Timingila fish – myth or fact? [So if you were expecting to read something rasika you can stop reading here.]

The Srimad Bhagavatam, Ramayana, Mahabharata and other Vedic literatures often speak of fantastic places and of creatures that may have once lived on this planet. One such creature was the Timingila fish. The Timingila is said to have been the most formidable predator in the oceans. It was enormous in size and its favorite food was said to have been whales. Whales are also very big creatures of the ocean, but unlike the Timingila, the whale has yet to become extinct. Some whales of our time reach up to 60 feet in length, like the Whale Shark of the Indian Ocean. The Whale Shark is actually a whale that physically resembles a shark but is not a predator. The Timingila, on the other hand, was a fierce predator and used to eat whales in one giant gulp! But did the Timingila actually exist on this planet or did it exist only in the poetic imagination of the writers of the Vedic literatures? Certainly many mundane scholars would have us think so. 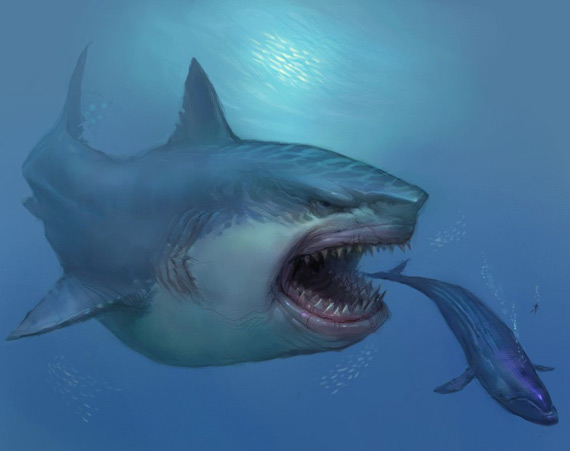 References to the Timingila fish of antiquity are to be found in numerous places. In Srimad Bhagavatam, Markandeya Rsi encounters the Timingila in his fantastic experience in the waters of devastation and survives the ordeal by the grace of the Supreme Lord.

"Suffering from hunger and thirst, attacked by Makaras and Timingila and battered by the waves and the wind, Markandeya wandered through the infinite gloom that enveloped him. Overcome by exhaustion, he lost all sense of direction and could not ascertain what was the sky and what was the earth." (Bhag. 12.9.16)

In Ramayana the Timingila is mentioned as inhabiting the waters between Lord Rama and Lanka, the capitol of the demon king, Ravana.

"When the moon rose, the ocean surged and the image of the moon reflected unlimitedly in it. That ocean abounded with huge crocodiles that were as swift as fierce winds, as well as whales and Timingila." (Ramayana, Yuddha-kanda 4.114)

Similarly, Mahabharata mentions the Timingila as being deep within the ocean, along with other huge sea creatures.

"There were seen Timingilas, tortoises, Timi-timingilas and Makaras, that were like great rocks submerged in the water." (Mahabharata, Vana Parva. 168.3)

The Ayurvedic text of the 6th century BCE known as Susruta Samhita also lists the Timingila as being amongst the formidable species of marine life.

Are these various accounts of the Timingila to be taken as factual or are they simply a part of fiction?

The Makara is also mentioned in several of these verses and according to scholarly opinion the Makara, like the Timingila, is more or less a fantastical, mythical, fiction. However, in Bhagavad-gita Krsna says that of aquatics He is the Makara.

"Of purifiers I am the wind, of the wielders of weapons I am Rama, of fishes I am the Makara [shark], and of flowing rivers I am the Ganga." (Gita 10:31)

From the story of Markendeya we can deduce that the Makara was a predator or at least aggressive, since Markandeya was attacked by Makaras in the ocean. Temple art in India generally depicts the Makara as being a combination of several wonderful animals. Such renderings show the Makara as having the jaws of a crocodile, the trunk of an elephant, the tusks of a boar, the scales of a fish, the tail of a peacock and the eyes of a monkey.

Although translators of the Bhagavad-gita usually render the word 'Makara' as shark, this is for simplicities sake and for the ease of the reader. If Krsna was simply comparing Himself to a common shark then He would have used the Sanskrit word for shark, namely graha, but He didn’t. Krsna Himself is certainly not ordinary and can only be compared to the most extensive and wonderful things within our experience, and yet He is even beyond that. The Makara, like the Timingila, is certainly something more wonderful than just a shark – something difficult for us to imagine in this day and age.

If someone were to ask why Krsna compares Himself to a Makara rather than a Timingila, we would probably reply that the Makara is more wonderful than the Timingila in that it is a combination of many wonderful and beautiful creatures.

After all, has anyone actually seen any physical evidence of one of these monsters of the deep blue? Well, in fact they have – meet the Megalodon!

Early accounts of large triangular teeth found embedded in rock cliffs first appeared in Europe during the Renaissance period, but were believed to be the petrified tongues of dragons and snakes. In 1667 a Danish naturalist, Nicolaus Steno, recognized these findings as ancient shark teeth. In 1835 a Swiss naturalist, Louis Agassiz, gave this mysterious creature the name by which it is known today, Megalodon – which in Greek means 'big tooth'.

Thought to easily reach 82 plus feet in length, weighing in at 70 plus metric tons, with teeth measuring 18 plus centimeters in length and capable of exerting a bite force of 40,131 pounds plus per square inch – the Megalodon is easily recognized as the greatest predator of all time. 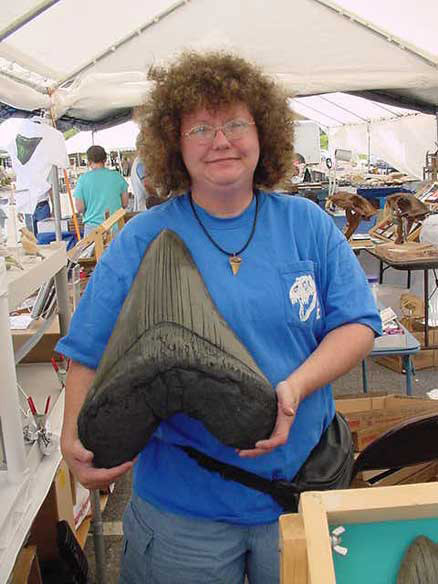 Fossil remains of the Megalodon, have been excavated from many parts of the world, including Europe, North America, South America, Puerto Rico, Australia, New Zealand, Japan, Africa, Malta and India. Forensic studies of Megalodon fossils reveal that the predator was capable of eating anything in its path, but favored whale meat.

According to scientific evidence it is estimated that the last of the Megalodons lived on this planet around 1.5 million years ago, give or take a few thousand. That is a long time ago, especially considering that the estimated age of the first human being was only 250,000 years ago. That would mean that the Megalodon became extinct 1,250,000 years before the first human being walked upright, spoke a coherent language, kept records or attempted to write anything.

By comparison of the size, haunt, predator behavior and dietary habits, the Megalodon and the Timingila appear to be the same creature. But what is so amazing or interesting about that and what is our point?

Our point is that western scholars assert that the Bhagavatam was only written in the 9th century CE, the Ramayana in the 4th century BCE, and the Mahabharata between the 8th and 4th centuries BCE. But if this were a fact, then how did the writers of these books know about an ocean-dwelling creature, its size, its vicious aggression and its diet that had been extinct for 1.5 million years? Bhagavatam, Ramayana and Mahabharata all mention the existence of the Timingila/Megalodon. Where did they get this information?

When (by scientific estimation) human beings have only been on this planet since 1,250,000 years after the Megalodon/Timingila became extinct – who told them about these creatures? If there were no humans present on this planet between the period when the Megalodon/Timingila became extinct and 250,000 years ago, how could the writers of the Vedic texts have known such things?

The scientist and scholar will have to answer this question, but for us it is simple – there have always been human beings on this planet from its very creation and the knowledge of all such things has been passed down thru the ages via the disciplic succession of gurus and disciples.