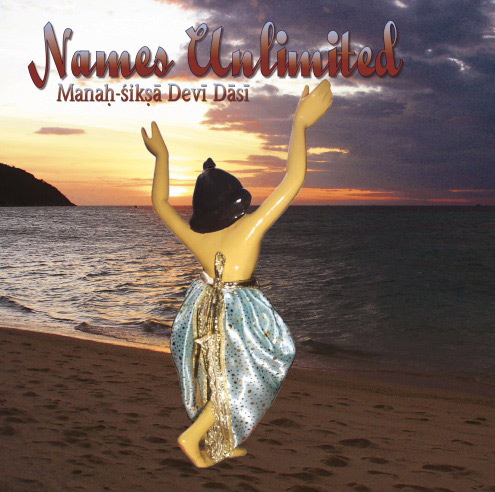 A new album was released last month: Names Unlimited, by Manah-siksa Devi Dasi. The Lord's eight golden instructions (Sri Caitanya Mahaprabhu's Siksastakam) are presented here in English. The compositions are modern and simultaneously timeless. Music and lyrics are by Manah-siksa Devi Dasi (Maria Kimdal), and the songs are tastefully arranged by Bhakta Mikael Sjödin, both from Sweden. All voices and instruments are performed by the two of them, an the last track on the CD, is a very nice bonus song by Bhakta Mikael.

The songs are composed in various styles, and to get an idea, you can visit http://www.consciousart.de/galleries/music/mariakim.php and listen to the samples. There you can also find the lyrics and the address to order the CD.